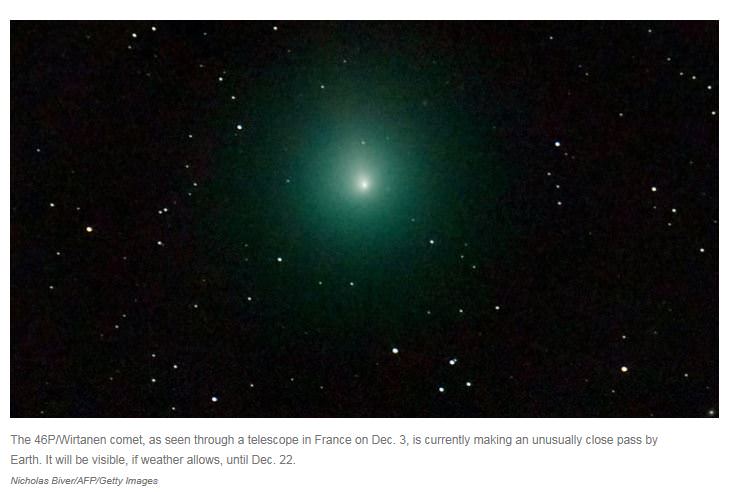 The only unusual heavenly event that was seen in 6 B.C., is the triple conjunction of Jupiter, Mars and Saturn.

Although there were several notable celestial events during that period. The Chinese astronomical records, which have proved very reliable, reported two comets during that time. The comet of 5 BC which was visible for 70 days, was reported to have a tail. Whereas the comet of 4 BC had no tail and whether it was a comet or a nova is unknown. If it was a nova in 4 BC, which is the death of a star, it would have coincided with the death of Herod the Great in that same year.

I could use any of a number of authorities to supply evidence of the 6 BC triple conjunction of the "King Planet" Jupiter, with Mars, the “God of War” and Saturn the “God of Time,” who brings the golden age of peace to the earth, which I believe was later to be read by the wise men as the sign that was prophesied to herald the birth of the promised King, (Jupiter) who was to succeed to the throne of David the warrior king, (Mars) as the prophesied Messianic King of Israel, who is to come and subdue the surrounding Nations and bring in the golden Age of one thousand years of peace. (Saturn.)

It is more than probable that the "wise men" who traveled from Babylon to Jerusalem to honour the child. who they believed to have been born as the promised Messianic king of Israel, were in fact Zoroastrian priests from Persia. And as there was a sizable Jewish presence in Babylon at that time, they obviously studied the old Hebrew scriptures. (Historians estimate that there were about 6-7 million Jews living in the Roman Empire (plus another 1 million from Persia.) In fact, many believe that the wise men were actual descendants of the Jewish men who took Persian wives while they were captives in Persia and remained there, as they were forbidden to bring their wives and children back to Israel after the captivity.

The comet of early 5 B.C., would have been captured by the gravitation pull of the triple conjunction, and IMO, would have been seen as the child born of the glorious expanded body of Jupiter the King planet, and it was then that the wise men realised the significand’s of the triple conjunction, and it was this that set them on their Journey to Israel, as they followed the comet in its seventy day journey from the eastern horizon to the western Horizon.

There was no ‘Star of Bethlehem’.