Testimony of a young Swedish victim of gang rape

You can do anything you want, except making an intelligent contribution to this or any topic. That aint going to happen.
1 Reply
1
Reply Sun 2 Sep, 2018 12:35 pm
@coldjoint,
Bigotry is when you judge people based on their ethnicity

You don't point out the violence committed by Christians which include gang rapes, genocide and terrorist acts in majority Christian places like Uganda, Slavic countries and the US. For a long time our largest terrorist group was a Christian group; the KKK.

Of course most Christians are not terrorists or racists (although White Supremacists in the US are often Christians).

People are people, and we shouldnt judge them based on their ethnic group.

Bigotry is when you judge people based on their ethnicity

They are being judged by their religion. The facts are there are plenty of good reasons and dead people to cause that judgement. I tell you what their religion says and you dismiss it when you see people acting out the more unpleasant things out. Dead is , or has to be, considered unpleasant.

Islam is cancer and it is spreading because of the tolerance demanded by people who never suffer the consequences. You are one of them.

For a long time our largest terrorist group was a Christian group; the KKK.

...killed more Americans on American soil than did the combined militaries of Japan and Nazi Germany in WWII.

...slaughter almost twice as many people everyday than were killed during the entire Salem Witch Trials (20).

They are being judged by their religion.

These are your words, Coldjoint. And this is exactly the problem. You are judging people based on their "religion" rather than on who they are as human beings.

That is why these people terrify you 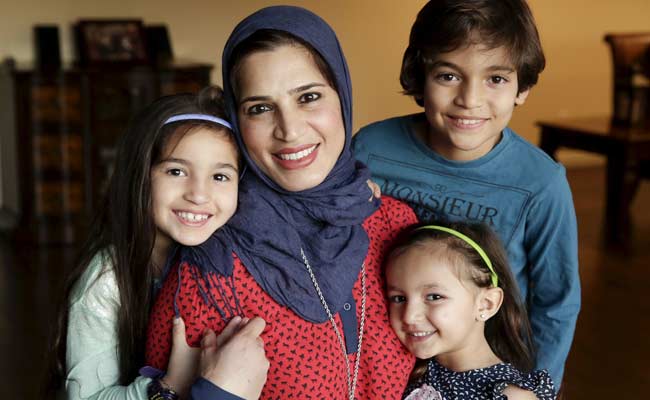 And these people don't seem to bother you (at least I have never seen you post about them).

And this is exactly the problem. You are judging people based on their "religion"

Because their religion says scary things and too many act on them. Remember it is an ideology also. I do not have a problem condemning Islam, and never will.

(at least I have never seen you post about them

I feel the same way about your religion.

I feel the same way about your religion.

I do not care. And I never told you my religion.

No other religion has open ended commands to kill or subjugate but Islam. As I said before no other religious law applies to everyone. And no other religion closes down conflicting opinions before they start with the threat death penalty. And leaving the religion means death too.

When you come up with another religion that says all that let me know.

1 Reply
0
Reply Sun 2 Sep, 2018 01:53 pm
@coldjoint,
I am pretty sure you are a Christian. That much racial hatred can only come from someone who calls himself a Christian. Christianity is the religion of White Supremacy.

Tell me I am wrong.

(Yes... I am being ironic... but I am still correct about your religion.)

That much racial hatred

Comes out Islam. I am just telling you about it. Saying I hate too does not change the hate Islam teaches. In short not a valid answer from you.
Why care about my hate? I do not teach a 1/4 of the worlds population to think like me or die or be humiliated. Islam does. Or do I, and this forum is just where I relax.
1 Reply
-2
Reply Sun 2 Sep, 2018 02:37 pm
@maxdancona,
Quote:

I am pretty sure you are a Christian.

I would not call myself a Christian. So I would guess I am not. Do I agree with somethings the religion says, yep. Do I do the things a Christian should do, nope.

And it is apples to oranges because Christians do not sanction murder to advance their faith, Islam does. That is what you have to admit because it is fact.
0 Replies
2
Reply Sun 2 Sep, 2018 02:48 pm
@coldjoint,
Actually that is exactly what you are doing. You are telling a quarter of the world's population to think like you

No I am not, I am saying that being taught to hate(Islam) is not a good thing. I am not telling them how to think I am telling they are wrong.

When you preach this message of racial hatred

I hardly ever talk about race. It has nothing to do with it. You are accusing me of racism because you cannot win the argument on Islam and what it clearly is. Nice try. No cigar.
1 Reply
3
Reply Sun 2 Sep, 2018 04:02 pm
@coldjoint,
I accept that I am using the word "racist" slighting incorrectly, you hatred is based on ethnicity rather than race... I should be using the word "bigoted".

\You said yourself that you judge people "based on their religion". You are admitting to bigotry, that how a person acts, or what they do, or what they care about doesn't matter. This really has nothing to do with Islam. It has to do with your hatred.

Judging all Christians, or all Muslims, based on one interpretation of the religion is bigotry.

one interpretation of the religion

That is because Islam has only one interpretation. It you payed attention you would know that. The Koran is to be taken literally it says so itself. Muhammad states he has completed the religion and it is perfected. What don't you get?

Muhammad is the first and last word in Islam. Period. And what he commands and obligates cannot change, again Islam says so. That is what people believe whether you believe or not.

Your interpretation of Islam is ridiculous,

My interpretation is the same as Muhammad's which means it is spot on. And do you have the wherewithal to tell me where Muhammad went wrong? What do you think you know or can prove?

Nothing.
1 Reply
2
Reply Sun 2 Sep, 2018 05:15 pm
@coldjoint,
Most Muslims disagree with your extremist views about their religion. I don't know why it even matters.

How would you know? It is estimated 40% of Muslims ( I posted a video based on Pew research numbers) are devout. Remember Muhammad was the perfect Muslim. Now look at your Koran and Hadith see the example of Muhammad. Over ninety verses point to Muhammad as a role model, someone to emulate.

That means a shitload of individuals are supporting the advance of Islam to rule the world under Sharia. It is clear some do not care how it is done. Either did Muhammad. Islam needs to be exposed and debunked for what it is. On the world stage. Irrational, intolerant, hateful and violent.

0 Replies
2
Reply Sun 2 Sep, 2018 07:31 pm
There have been 61,722 Christian White Supremacist attacks in the same time period. What's the point?
1 Reply
4
Reply Sun 2 Sep, 2018 08:06 pm
@maxdancona,
He doesn't have any other point than his hatred of Muslims. If I post some nutso crap that Muslims are raiding maternity hospitals to kidnap infants for ritual sacrifice in Iowa...coldjoint will run with it and claim it's the God's honest truth. He's angry and he is desperate to vent that fury so he picked Muslims.
2 Replies
-3
Reply Sun 2 Sep, 2018 08:24 pm
@glitterbag,
Quote:

He doesn't have any other point than his hatred of Muslims.

It is about Islams hate. That is what you have to deny for God knows what reason. There is certainly no logical reason not to condemn what Islam is and what it inspires.

There is only your inability to dispute what I say. So I get a 2bit analysis from a gossip. Thanks for nothing, but your usual nothing.
1 Reply