Let's tempt fate: Write the sequel to to some of the worst movies of all time. 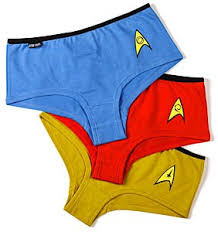 (Logically, that which comes after)
0 Replies
1
Reply Fri 24 Aug, 2018 06:14 pm
Terms of Endorsement
followed by
Terms of Employment

Ashtar,. The sequel to Ishtar finds the lounge singers performing on the rim of Mt. Saint Helens

A bunch of Wyoming coal miners avoid participation in the Johnson County land wars by hiding underground, unaware that a huge condominium is being built at the mouth of the mine, blocking off their air. So begins their search for another exit.

filmed entirely in glorious sepia.
0 Replies
1
Reply Fri 31 Aug, 2018 08:55 pm
In a move that stunned the mullets of a Hollywood made famous by its self-plagiarism:

In this upcoming again sequel to Leaving Las Vegas, little sister Retching Reno is expected to outgross it's sibling given it's gut wrenching portrayal of life on the edge and the extra gloss of all that porcelain perfection.

Retching, despite wretched reviews, reaches deep into the heart of the matter, bowling over many with its kaleidoscopic biopic of a life lived large, albeit largely in bars, beds and bathrooms: often interchangeably.

In a triumph for debutante director/scriptwriter/ financier Sir Laughy Outlood , Entertainment This Weak called it his best work. The use of Panavision chucked together with the orange and green two colour Technicolor technology adds just the right touch of pastiche.

The film's a staggering, intoxicating look at bottled up emotions as if thru a looking glass. The variety of inebriety is often unparallelled and the cinematographic perspective simultaneously well grounded and ground breaking.

To those who scotch this film "noir thanks one is one too many" I say "one more is never enough".

In this long awaited (not really) sequel to Staying Alive (which was a dull sequel to the popular hit Saturday Night Fever), we find former dancer Tony Manero returned to Brooklyn and again working in a paint store.

The years have not been kind to Tony. Now a bit on the hefty side, he holds into his past with a few scraggly graying hair on his 80% bald head, he has a white gold pinkie ring on the middle finger of his left hand as his 2 digits to the left were bitten off one night by an angry hooker he had sought comfort from after his 4th wife kicked him out for drinking and swearing.

Tony spends 6 days a week at the paint store (now owned by his old boss's granddaughter) and most nights in his 8x10 rented room overlooking the Belt Parkwwy, smoking cigarettes, weed and hash while guzzling down whatever is low cost at the local liquor store.

One night he ventures into something stronger and huffs paint from the store...


This film is rated PG-13 due to mostly unsuitable for minors material.

Tony spends 6 days a week at the paint store (now owned by his old boss's granddaughter) and most nights in his 8x10 rented room overlooking the Belt Parkway, smoking cigarettes, weed and hash while guzzling down whatever is low cost at the local liquor store.

Lets face it, it's an improvement on his disco dancing days.

(Blck Panther was the most overhyped and poorly executed movie of the yer. It was hyped using a modus o that tried to maximize white guilt). Im sorry, Django in Chains was a faaaaaar better movie about a black freedman who was an extreme gunslinger.
1 Reply
3
Reply Mon 17 Sep, 2018 02:38 pm
@farmerman,
A Wrinkle in Oprah