Forums: Sports, Boxing, Mixed Martial Arts
Email this Topic • Print this Page
-2
Reply Wed 18 Apr, 2018 09:18 am
@Blickers,
You may very well be right about the law because it is definitely following a feminized tract.

These fighters choose their path and don't want you or anyone else to tell them they can't follow it because you and the rest of your fellow nannies supposedly care more about them than they do themselves and are so much wiser than them.
1 Reply
-2
Reply Wed 18 Apr, 2018 09:23 am
@Lash,
BJ Penn a UFC lightweight champion and total badass (Look up the video clip of him jumping out of a pool with one leap) came from a well-to-do Hawaiian family. I'm pretty sure he's not the only one.

It's condescending and even racist to suggest you know more about what these men and women should do with their lives than they do. Everyone isn't a victim.
1 Reply
4
Reply Wed 18 Apr, 2018 09:26 am
@Finn dAbuzz,
There ALWAYS exceptions to the rule. Even if you pinpointed a thousand similar cases? They still would be less than 1% of the actual fighter population. And I think you know that already.

Seriously? The race card where the statistics would bury you under a mountain of evidence against this lazy high ground claim.
1 Reply
-4
Reply Wed 18 Apr, 2018 09:31 am
@tsarstepan,
But you are going to tell the simpleminded poor how they can and cannot rise from poverty?

Hey Ali, better you follow your Dad and embark on a career of billboard painting than parlaying your amazing abilities into a highly lucrative career that made you one of most well-known individuals on the planet.

I'm quite sure Ali, at the end of his illustrious life, wished he had listened to you and your confreres.

You may very well be right about the law because it is definitely following a feminized tract.

These fighters choose their path and don't want you or anyone else to tell them they can't follow it because you and the rest of your fellow nannies supposedly care more about them than they do themselves and are so much wiser than them.

Always politics with you, Finn, you can't drop it for a moment. Gotta turn this into a Russian/Tea Party "men's rights" rally. Whatsamatter, you forgot to put "MGTOW" at the end of your post.
1 Reply
2
Reply Wed 18 Apr, 2018 09:55 am
@jcboy,
jcboy wrote:

Not a fan, I'd rather see them wrestle

I've known a few pro/semi-pro boxers and wrestlers irl. I'd rather watch wrestlers in the ring. Way more entertaining for me (and usually less blood which is a bonus).

How you came up with Russian/Tea Party "men's rights" rally is beyond me.

The issues here: Individual rights, Closet racism and the feminization of America

1 Reply
1
Reply Wed 18 Apr, 2018 11:19 am
@Finn dAbuzz,
For those not in the know, (which certainly doesn't include Finn), the "men's rights" movement is a super conservative movement that was being advanced for some years before the online Russian troll effort picked up on it. The basic idea is that women are getting bossy and need to put in their place but good. Since the women's rights movement is from the left, the reactionary men's rights movement is from the right which is where Trump's base is. Since Trump furthers Russian interests as far as weakening NATO goes, (Putin's fondest wish), Russian trolls have been lighting up YouTube and other social media for the past few years about the "men's rights" themes, one of which is the "pussification of America" theme which Finn is pushing here.

One of the groups advancing the "keep the womenfolk in their place" idea are those who claim to belong to the Men Who Go Their Own Way movement. They end their posts MGTOW, apparently forgetting there should be a W in there. Whether that was started by the American super conservatives or the Russians is immaterial, for the Russians have adopted their themes as useful for them. Your posts in this thread are a perfect example of the MGTOW theme that you now have clearly embraced.

You never intended to post about boxing, you just saw an opportunity to push the MGTOW line and you are making the most of it. How predictable.

Just to give the readers some idea of the MGTOW ideas that you are advancing, I present this video. Frankly, I never made it past the first few minutes and don't expect the viewers to-just the first couple of minutes states the MGTOW themes nicely.

It should be noted that "men's rights" such as MGTOW are now a big part of the conservative movement.
1 Reply
4
Reply Wed 18 Apr, 2018 05:02 pm
Very relevant science on the dangers of repeated concussions and CTE AKA Chronic traumatic encephalopathy.

I've no interest in any men's movement. I'm quite content and proud of my masculinity and I love women and femininity.

The feminization of America has in many ways been a good thing but like anything else, it can and has gone too far.

You really are quite the tool.

You can, if you like, remain in your house watching old films on TV and remain somewhat safe from the big bad world or you can grab life by the balls and enjoy it.
0 Replies
4
Reply Wed 18 Apr, 2018 10:12 pm
@Finn dAbuzz,
Quote Finn:

I've no interest in any men's movement.

So why are you parroting their "pussification of America" theme, even using their own words? Confess. Christopher Cantwell has a knack for getting himself noticed. The 36-year-old white supremacist with an internet radio show and a long history of violent rhetoric was one of the most visible figures at this past weekend’s #UniteTheRight rallies in Charlottesville.

The overgrown skinhead managed to thrust himself again and again into the center of the action, caught in one photo circulated on Twitter striking a dramatic pose as he sprayed anti-fascist counterprotesters with mace. He played a starring role in a Vice News mini-documentary on the event, helpfully providing the Vice crew with a never-ending supply of incendiary quotes. “We’re not nonviolent,” he declared at one point during the protests. “We’ll ******* kill these people if we have to.” In a later sit-down interview with Vice he coldly announced that the ISIS-style car attack that left activist Heather Heyer dead was “more than justified … I think a lot more people are going to die before we’re done here, frankly.”

Cantwell has not always been a figurehead of the alt-right. The Long Island native first gained notoriety as a cop-hating libertarian after moving to Keene, New Hampshire, in 2012 to take part in the the Free State Project, a quixotic political movement with the goal of turning the state into a haven for “free people.” He’s affixed various labels to himself over the years as his politics have transmogrified: anarchist, anarcho-capitalist, atheist, asshole. Perhaps the most revealing of his political past selves? Christopher Cantwell, men’s-rights activist....

....Cantwell is hardly the only alt-rightist with a past as a men’s-rights activist. Media gadfly, “sick Hillary” conspiracy theorist, and self-help guru Mike Cernovich was known for his men’s-rights talk before he turned to Trump and the alt-right — though he now claims to have broken with the movement. Canadian YouTube “philosopher” Stefan Molyneux declared himself an MRA long before he became a darling of the alt-right (and he recently conducted an interview with the author of that notorious Google memo, James Damore). Peter Tefft, a young man with a fashy hairdo who was famously disowned by his family after being outed as one of the torch-carrying marchers in Charlottesville, went through a men’s-rights phase before declaring himself a fascist, according to his nephew in an interview with CNN.

There are good reasons why men’s-rights activism has served for so many as a gateway drug to the alt-right: Both movements appeal to men with fantasies of violent, sometimes apocalyptic redemption — and, like Cantwell, a tendency to express these fantasies in bombastic prose. And both movements are based on a bizarro-world ideology in which those with the most power in contemporary society are the true victims of oppression. 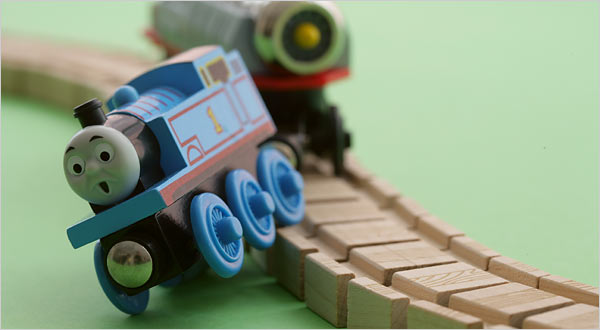 I love when a2k threads get really boring because they fly off the rails and the people in question keep on keeping on.
1 Reply
2
Reply Fri 20 Apr, 2018 01:11 pm
@tsarstepan,
Off the rails? This isn't even a train!

Speaking of boxing. My father and I sometimes debated "bests." He liked Joe Louis. I maintained that Marciano was undefeated. It doesn't get any better than that.

We both agreed that the best overall boxer at any weight class was Sugar Ray Robinson.

In direct response to the original question, I don't think boxing is as exciting as it used to be. Brutal? Yes. Obsolete? I don't think so.
0 Replies