50 Years, MLK, and We Are Losing Ground 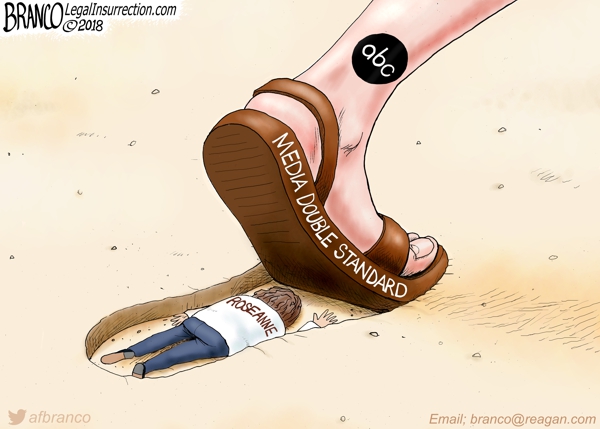 This is possibly the only post you have ever made I can agree with.

I'll try to live with that, I suggest you do the same.
1 Reply
1
Reply Thu 31 May, 2018 09:47 am
Roseanne’s fighting back. Very interesting dialogue about the double standard pushed by the media.

This reminds me of effing Joy Reid’s homophobic, Islamophobic blog posts from a few years ago, fast-forward to her bleating about Trump’s sexist, Islamophobic comments.

When Reid’s trash was uncovered, the media completely let her get away with it.

Wrong is wrong, no matter who does it.

The hypocrisy by the media is staggering.

This is possibly the only post you have ever made I can agree with.

I'll try to live with that, I suggest you do the same.

This reminds me of effing Joy Reid’s homophobic, Islamophobic blog posts from a few years ago,

That shows me maybe she thought for herself at one time of her life. And I do not think "phobic" belongs after either of those words. Neither is that simple.
1 Reply
NSFW (view)
3
Reply Fri 1 Jun, 2018 11:49 am

MSNBC and Joy Reid on Friday both finally commented on the latest round of hateful old blog posts unearthed by various outlets. They did not, however, address Reid’s initial and unsubstantiated claim that the posts were fake.

And more than a month after the controversy began, many of Reid’s MSNBC colleagues are embarrassed by the network’s handling of it.

In late April, when decade-old homophobic posts from her blog first emerged, Reid claimed the FBI had opened an investigation and that she had a cyber-security consultant with proof her old blog was hacked to fabricate those posts.

The claim crumbled under scrutiny, The Daily Beast found. But neither Reid nor MSNBC have commented on whether they stand by the hacking claim; or whether the supposed FBI probe is still ongoing.

But in the intervening month, more old posts have been unearthed, including ones that: promote an Alex Jones-produced video alleging 9/11 was an inside job; feature a doctored photo of Sen. John McCain as the shooter in the 2007 Virginia Tech massacre; praise Iranian President Mahmoud Ahmadinejad’s proposal to relocate the “Zionist regime” from Israel to Europe; declare that she “loves” xenophobic TV host Lou Dobbs for his takedown of an “open borders advocate;” and claim that Mexican migrants come to the U.S. not for freedom but just “to send home money.”

That does not equate to a phobia. It equates to exactly what you said. It is no secret some people consider it an unnatural condition. And since gays have put their lifestyle into the spotlight they should expect a push back. Again that is not a phobia, it is a push back.