I am ashamed to say I believe it is essentially bi partisan.

The ALP have been less happy to detain CHILDREN, however.

I am ashamed to say I believe it is essentially bi partisan.

The ALP have been less happy to detain CHILDREN, however.

I really hope you're wrong about that (the bipartisan bit), Deb.

Surely we can do much better than we're doing now. Surely?
0 Replies
1
Reply Tue 21 Oct, 2008 04:05 am
Govt flags compensation for 191 wrongful detentions
Posted 2 hours 26 minutes ago
Updated 49 minutes ago 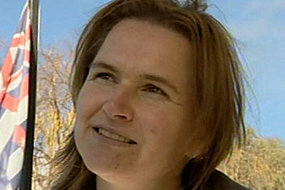 The Federal Government may compensate as many as 191 people for wrongfully holding them in immigration detention centres, a parliamentary hearing has been told.

A Government ombudsman last year reported that 247 Australian citizens, permanent residents and legal visa holders were incorrectly detained by the Immigration Department between 1993 and 2007.

The inquiry was sparked by the illegal detention of mentally ill Australian resident Cornelia Rau for more than 10 months in 2004 and 2005 and the wrongful deportation of Australian citizen Vivian Solon to the Philippines.

Ms Bicket said that the department had offered compensation in 40 cases and settlements had been reached in 17 instances.

The Immigration Department says it has paid out just over $4 million in the past financial year to 14 Australian citizens who were wrongfully held.

More than half the money was paid to Cornelia Rau.

The payouts are separate from the $1.2 million the department has paid to 17 other Australians who were also wrongfully detained.

The Howard government adopted a controversial policy towards asylum seekers and illegal immigrants, making immigration detention mandatory even for children.

Kasian Wililo is a NSW resident with a wife, two young children and a full time job. He's also a former detainee of Baxter Detention Centre. In May this year Mr Wililo's wife Emily opened a letter from the Immigration Department. It was a bill for $161,684.60.

The letter stated that the sum was the total expense incurred by Mr Wililo's stay in Baxter -- with an order for the sum to be paid in 30 days (read here and here):

Mr Wililo is not alone. As of the 30 June 2008, there were 386 persons with active detention debts amounting to $7,705,576, according to Department of Immigration and Citizenship (DIAC) spokesperson Sandi Logan.

Any former detainee not granted a Permanent Protection Visa or Humanitarian Visa is billed for their time in detention, and any costs associated with their subsequent deportation.

The overall detention costs include the cost of moving the detainee between different detention locations and the daily maintenance cost of detention, made up of expenses such as food and accommodation.

After fleeing Tanzania, Kasian Wililo arrived in Australia as an asylum seeker in 2002. He was held at the Maribyrnong detention centre in Melbourne from Jan 2003 and then Baxter (Port Augusta) detention centre from March 2004 to June 2005.

Mr Wililo was refused a permanent protection visa, but at the Immigration Minister's intervention was granted an onshore temporary spouse visa last September, after marrying Emily Ackland. Kasian met Emily while she was volunteering at Maryibynong detention centre, and they were eventually married inside Baxter Detention Centre.

Mr Wililo is still waiting on approval for a permanent spousal visa. His May invoice stated that his outstanding debt would mean the criteria to be met in order to obtain a permanent visa would be "affected adversely."

Crikey understands that there are a handful of couples in Kasian and Emily's situation -- former detainees who have married Australian citizens and been granted temporary spousal visas only to be subsequently billed for their detention stay, with permanent visa approval subject to payment.

In April the Commonwealth Ombudsman Professor John McMillan questioned the value of making asylum seekers pay for their time in detention.

1 Reply
1
Reply Wed 22 Oct, 2008 01:23 am
@Mr Stillwater,
Yes, I know, Mr Stillwater.
Outrageous. So they give with one hand as compensation for wrongs & take from those who were wronged with the other ....
Strange times we live in. Strange Oz governments, past & present.

For those who've come across the seas
We've boundless plains to share ...

There are many Australians who were shamed by the Howard Government's treatment of refugees, asylum seekers and illegal immigrants. It was not so much that people desperate enough to travel half the world at great personal peril and in hardship were welcomed with mandatory detention, or that their prisons were located in some of the most god-foresaken corners of the continent ... what galled many above all that was the way in which the policy was implemented cynically for political advantage.

There's a double edge to that of course: for a government to turn the detention of men, women and children to a vote winner it must first tap something latent and obnoxious in the public subconscious. Let's hope that something is changing there in the Australian soul.

But perhaps not. Today we learn that the Australian Government, never mind that its popularly elected face has changed, is seeking to recover money from former detainees. More than $7 million is outstanding. What is this money for? It is the bill for their mandatory detention. It's enough to make you stitch your lips.

The Germans have just had Cornelia Rau locked up for about 8 weeks, as well!


What a pickle!
0 Replies
1
Reply Thu 4 Dec, 2008 04:42 am
@margo,
I was a bit surprised about the whole thing......I saw her (not in a professional way...at an art exhibition opening, so I can talk about it!) not that long ago, when she must still have been on meds, and she was quite clearly still very unwell.

The family apparently tried to argue against the meds holiday and the travel.
0 Replies