Jean's appearance, on July 11, will bring hip-hop sounds to the Ravinia Festival for the first time, while the jazz and cabaret performers will appear on specific series dedicated to these genres.

Jazz in June will continue on June 17 with an "Evening of Jazz, Gospel and Dance" spotlighting the McCoy Tyner Trio, tap-dance virtuoso Savion Glover and the James Memorial Sanctuary Choir, in a venture organized by pianist Ramsey Lewis, who also serves as director of jazz at Ravinia.

And on June 19, Jazz in June concludes with Corea and his Spanish-tinged Touchstone band, saxophonist Branford Marsalis and the Ellis Marsalis Quartet.

Have you heard of an old song called Rumble by Link Ray [or Wray}. Heard it on John peel once. Wonderin if it was available on Cd.

Rumble is very available. The local AM station used it as a theme song for one of the DJ's. It spurred a lot of guys to learn the guitar.
0 Replies
1
Reply Fri 25 Mar, 2005 05:07 pm
I picked up the John Mayall/Eric Clapton disc this afternoon. Great! I also got another BB King anthology and a Best of Taj Mahal.

I read a good review of Bela Fleck and the Flectones Greatest Hits. I bought it but I haven't listened to it yet.
0 Replies
1
Reply Fri 25 Mar, 2005 07:00 pm
Thanks JB, I'm surprised XRT hasn't mentioned it yet. I will definitely make it to Ravinia this year.
I have always wanted to see the Gipsy Kings and there are at least five other bands that are just great.
0 Replies
1
Reply Sat 26 Mar, 2005 09:46 am
J_B wrote:

I read a good review of Bela Fleck and the Flectones Greatest Hits. I bought it but I haven't listened to it yet.

I like it a lot! Sort of a crossover between blues, jazz, and bluegrass. The anthology is in mostly chronilogical order with picks from throughout the '90s. Sam Bush, Howard Levy, Dave Matthews, and Paul McCandless guest on a different songs.

I've been listening to this through my internal laptop speakers. Mr B installed some new speakers through my docking station and now I'm listening to it with good speakers. WOW!!!
0 Replies
1
Reply Sun 10 Apr, 2005 11:36 am
Elmore James......Bonnie Raitt...... Howling Wolf...
Little Milton
0 Replies
1
Reply Mon 11 Apr, 2005 12:29 pm
LUTHER ALLISON
LUTHR ALLISON was the best live performer I ever saw in any venue.

Luther Allison - "Luther's Blues" or "Live in Chicago" work for me

Tommy Castro - Essential (a good place to start)
0 Replies
1
Reply Mon 11 Apr, 2005 12:46 pm
Hey! What a treat. Welcome to a2k. You're obviously into the real modern blues and this gives me a chance to toss a hand grenade. White groups like Room Full Of Blues...are they really blues artists or are they pale copies? Marcia Ball too. Can white people sing the blues?
0 Replies
1
Reply Tue 12 Apr, 2005 04:21 pm

So in answer to your inquiry, white people can sing the blues but only sporadically.
0 Replies
1
Reply Thu 14 Apr, 2005 07:03 am
In my mind there's just John Hammond and Delbert McClinton who come close. And The Blues Brothers...well they made a TON of money off of REAL blues artists.
0 Replies
1
Reply Sun 17 Apr, 2005 06:28 pm
I see you already have B.B., but if you are among those who think 'The Thrill Is Gone", is his early stuff, try an album titled, "The Very Best Of B.B. King". It contains a lot of his Fifties stuff like "Five Long Years", "Sweet Little Angel", and My all time favorite, "Sweet Sixteen Blues".
I suppose you realize most artist's best work is done in the early years, when they are still hungrey. This is especially true with the blues. So you might want to see if you can find some of Bonnie Raitt's stuff from the seventies. That's when I fell in Love with Her.
0 Replies
1
Reply Sun 17 Apr, 2005 09:36 pm
This was the one. Recorded in a garage...with Junior Wells helping out. It's a great blues album. 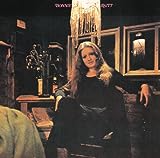 LUTHR ALLISON was the best live performer I ever saw in any venue.

Luther Allison - "Luther's Blues" or "Live in Chicago" work for me

I saw Luther's last performance before he died, at Summerfest in Milwaukee, Wisconsin. One hell of a performer. Good sense of humor, too. I just remember him clowning around while soloing.
0 Replies
1
Reply Tue 3 May, 2005 06:13 pm
We returned from Jazz Fest, New Orleans on Sunday. What a BLAST!! I spent most of my time in the blues tent, or at the food concessions, but I"m definately going back.

My favorite in the jazz tent was Michael Ward, a jazz violinist, who is great - even better than Regina Carter, IMO, and I like her a lot too.

We got rained out on Saturday and decided to hit some of the French Quarter bars instead of the fest. We had just as much fun doing that. My friend described New Orleans as 'Disney Land for adults'. I can't wait to go back next year.
0 Replies