Does anyone here who voted for Trump now regret it?

Forums:
Email this Topic • Print this Page
Reply Thu 30 Nov, 2017 07:24 am
It's just a question, I'm not trying to pick a fight or hear how anything was better than Hillary or how we could have had Bernie if the primary hadn't been rigged.
Type: Question • Score: 20 • Views: 2,117 • Replies: 87
3
Reply Thu 30 Nov, 2017 08:47 am
@blueveinedthrobber,
Trump has delivered in spades on the fundamental premise of his campaign. I can't see why anyone who voted for him would regret their vote.
2 Replies
2
Reply Thu 30 Nov, 2017 09:17 am
@engineer,
How so? No wall, no healthcare reform, tax cuts look like they may stall, golfs more than Tiger woods. These are irrefutable facts. Again, not trying to pick a fight,.
3 Replies
6
Reply Thu 30 Nov, 2017 09:30 am
@blueveinedthrobber,
No one (that I can figure) here that voted for Trump is going to reveal their present day regret. They'll just double, triple, and quadruple down on their support while making excuses for the president's atrocious behavior and pathetic excuse for policy making.

If you voted for Trump, you likely don't have any understanding in things like regret, shame, guilt, sympathy, empathy, etc....
0 Replies
3
Reply Thu 30 Nov, 2017 09:39 am
@blueveinedthrobber,

+ he hasn't made America great again yet.

he has managed to make us laughing stock to the rest of the planet, so there's that...
1 Reply
2
Reply Thu 30 Nov, 2017 09:53 am
@blueveinedthrobber,
Listen to interviews with any of the Trumpettes. It truly sounds like bizarro world.

They not only continue to support #45 but think he is doing a marvellous job in spite of all the troubles the Washington swamp-dwellers are causing them. 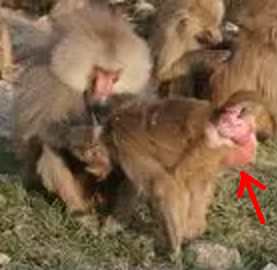 A year later, the honeymoon goes on. They still love the man who is now their president.

“Right after he was sworn in, I saw something in the Irish Times about the president, and it was all negative,” Brian Burns said from his home on Tuesday. “I wrote to them and said ‘Don’t rush to judgment. Give him six months to a year. The guy barely has the bat off his shoulder.’ Honestly, I’m very pleased with what he’s done. He’s the strongest president we’ve had in a long time. He gets things done. He’s a leader. We’ve had a lot of muffin men in Washington, but not him.”

(OK, we don’t know what a “muffin man” is, but if we had to vote for one, it would be cranberry orange. Toasted. With butter.)

Burns, who was Trump’s nominee for the Irish ambassadorship but withdrew because of health concerns, predicts major news soon.

“There’s a big announcement coming, probably before he finishes this Asian trip,” Burns said. “It will be big. Very important.”

Park, too, remains stalwart in his support of Trump.

“He works all the time,” Park said. “He never gives up. I’m very happy with what he’s done with the health care bill, reaching out across the aisle to get it to work. And the tax cuts will be good for the economy.”

Park, who is Trump’s pick for the Austrian ambassadorship, said “He truly is living up to his promise to make America Great Again.”

Toni Holt Kramer, founder of The Trumpettes, the ultimate Donald Trump fan club, said POTUS has “exceeded my expectations. Never has a president been dealt a hand like his … earthquakes, hurricanes, fires, terrorists, rockets, and not even a full year in office.

“He’s forging ahead. Unemployment is down to 4 percent. Jobs are returning. Wages are starting to rise. He’s bringing back the middle class. He’s a man of integrity,” said Kramer, who divides her time between her homes in Palm Beach, Beverly Hills and Palm Springs. “If he says he’ll do something, he’ll do it.”

it doesn't get any better than #45 for this team

turn off your speakers (I had to)

How so? No wall, no healthcare reform, tax cuts look like they may stall, golfs more than Tiger woods. These are irrefutable facts.

Because Trump talked about all of that stuff, but no one really took that seriously. At the core of Trump's campaign was a promise to beat the crap out of black and brown people and he was done an excellent job of that from Muslim bans to repealing DACA protections to steering the justice department away from investigating police abuse to supporting white supremists to yelling at uppity football players. I can't see why any Trump voter would have the smallest regret. If anything, he has exceeded their expectations.
1 Reply
2
Reply Thu 30 Nov, 2017 02:29 pm
@engineer,
This is correct. Those folks don't give a **** about policy, they only cared about pissing off liberals and getting revenge on minorities. His 'base' is motivated by greed and animus and he constantly provides them fuel to self-justify their own shitty behavior and beliefs.

Cycloptichorn
1 Reply
2
Reply Thu 30 Nov, 2017 02:38 pm
@blueveinedthrobber,
I think Trump has delivered on the one thing he brought to the table that middle-ground Trump voters wanted: He wasn't Hillary Clinton.

We have some Trump voters in our office and I've asked them questions similar to this. The basic answer from most of them seems to be that they are still grudgingly satisfied with him. They feel that he hasn't done anything significant, but that he continues to try to plow down the path they want to be followed, he walks their walk and talks their talk, even if he doesn't get legislation passed. Also, most of the people I have asked say they were (and probably still are) more Anti-Hillary than they ever were Pro-Trump. Most of them complain about his "delivery" and his "communication" as being unpolished and undiplomatic and could probably be done better, but they seem to place that at a very low priority in comparison to general positions on things.

I can't speak directly for this perspective because I'm not a Trump voter, but having asked for opinions, I think that is what I'm hearing most often. Hope that helps.