I can't believe that the B52s are still operating today

I was in the USAF Strategic Air Command, and loaded conventional and nuclear weapons on these planes in addition to B36s and B47s in the late 1950s. The B52s are still in operation today. That's an amazing testament to the planes designers, because if my math is correct, that's over 62 years ago.
https://www.youtube.com/watch?v=z1C_dTnkCoE


Perhaps, one should focus on the men and women that dedicate a working life to keeping the U.S. safe from real aggressors.
0 Replies
1
Reply Fri 23 Jun, 2017 01:54 pm
Although the first B52 flew in 1952, the ones left flying today are H models, out of 744 built, about 70 are left, and they are planned to continue in service until the 2040s, which will be 90 years after the first one flew, which I believe may be a record for any plane, civilian or military.

I have to say my favourite military aircraft for sheer looks is the British Avro Vulcan, another Cold War nuclear bomber, which was withdrawn from service in 1984, although a preserved one flew until 2015. 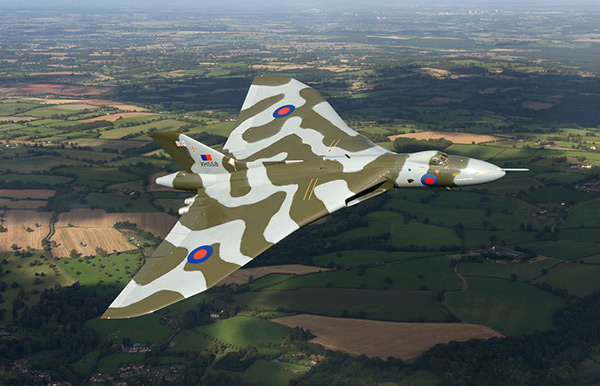 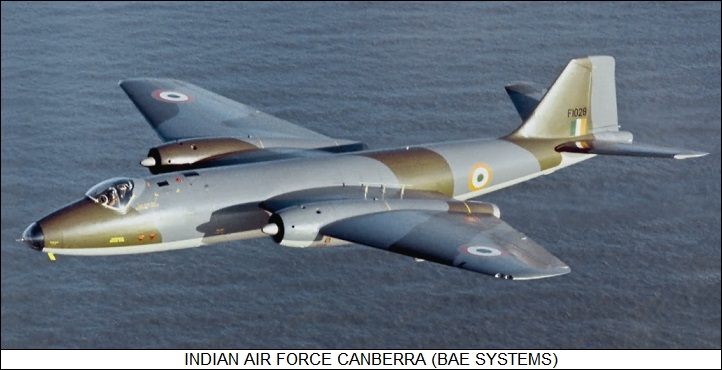 The first Canberra flew in 1949 and the RAF retired the last one in 2005. United States[edit]

I think these are the same planes that NASA used to use for high altitude weather research. Here they are at Ames, looking like they have been kept in their RAF paint scheme. 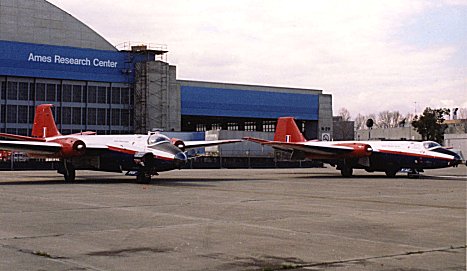 And, as you can see, many other countries. 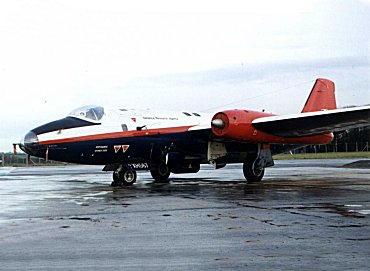 XH567 being prepared for her journey to the USA

0 Replies
1
Reply Sat 24 Jun, 2017 07:10 pm
@cicerone imposter,
Here's a tidbit about my air force discharge.
When I met with my CO about my upcoming discharge, he said he would give me another stripe if I stayed in. I didn't have the heart to tell him, I wouldn't stay in for two more stripes.
But, if they had automatically promoted me to staff sergeant before my discharge, there was a chance I may have stayed in.
But all things that ends well goes well. I eventually earned my college degree, and did very well in civilian life.
The Air Force gave me the motivation to continue my education, because by getting assigned to work with conventional and nuclear weapons and getting promoted to E4 after 15 months, I had to think to myself that I couldn't be too stupid.

Since I almost flunked high school because I played hookey often, I started college on probation. Everything turned out very well even though I was a late bloomer. I worked in management for over 80% of my working career and did consulting to small businesses (that's where I made real money).

Interestingly the C-130 is a bit older than the B-52. It was introduced in about 1957. It uses a T 56 Allison turboprop engine - one of the few really successful turboprop engines designed in the USA. The engine runs at a constant speed (about 10,000 RPM) & has a large transmission to serve the propellers that run at about 2,500 RPM. In addition to great fuel economy, this provides remarkably instant power response for the pilot: when you open the throttle more fuel goes to the engine and the propeller pitch changes to take a bigger bite of the air - there's no inertial delay at all. This gives the C-130 remarkable STOL load carrying and slow flight performance - features that have for the last ~ 60 years enabled the aircraft to undertake a very wide variety of missions .

The USAF operated Canberra's throughout the 1960s and 1970s. Later there was a variant with a much wider wingspan ( a bit like a U2 ) used for reconnaissance.

I believe the Air Force recently started a program to re engine all the remaining B-52s to get increased range & endurance..
1 Reply
1
Reply Sun 25 Jun, 2017 11:35 am
@georgeob1,
Adapted: the innards were changed.
1 Reply
1
Reply Sun 25 Jun, 2017 11:56 am
@cicerone imposter,
When I was in the USAF in the late 1950s, I flew on the C69 (Lockheed Constellation) from NJ to Morocco. While in Morocco, I flew on the C47 from Ben Guerir AFB near Marrakesh to Madrid, Paris and London on R&Rs - all in one year. I saved and borrowed money to go on those trips. That's when the travel bug bit my behind, and have been traveling ever since - now 88 countries.
0 Replies
1
Reply Mon 26 Jun, 2017 12:30 pm
@cicerone imposter,
when I left AF regulars and went into the USAF Reserves, I was stationed at a base in western Mass ()Westover AFB - SAC base) where they had about 100 B-52. That was in 1972-74. Got see them up close and persona;. Every few years they'd change over the electronics to more something more modern.
1 Reply
1
Reply Mon 26 Jun, 2017 02:05 pm
@Ragman,
I remember reading about the accident at Westover AFB. I found this link.
https://aviation-safety.net/database/record.php?id=19580627-0
I have a picture of the B52 next to my desk. I also have a picture of the Lockheed Constellation which I flew in from NJ to Morocco. I thought they were neat looking airplanes, and found out there weren't many made.
https://en.wikipedia.org/wiki/Lockheed_C-69_Constellation
I remember there was a sled inside between the front and back, and I rode on it.
0 Replies
-1
Reply Tue 27 Jun, 2017 03:42 am
@cicerone imposter,
cicerone imposter wrote:

I was in the USAF Strategic Air Command, and loaded conventional and nuclear weapons on these planes in addition to B36s and B47s in the late 1950s. The B52s are still in operation today. That's an amazing testament to the planes designers, because if my math is correct, that's over 62 years ago.

They'll be retired as soon as the new crop of stealth bombers comes online though.
1 Reply