Who are/were the worst, most annoying characters in fiction? 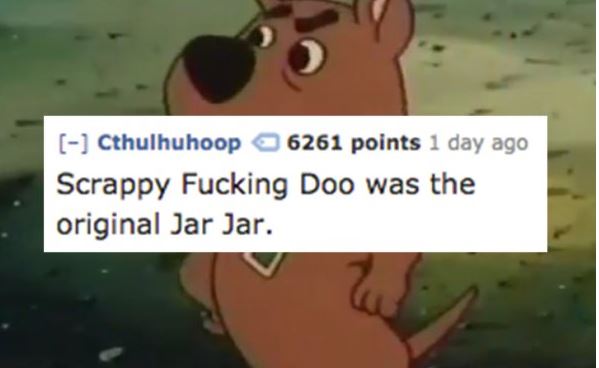 I was going to contradict you by using Google Image Search to find a picture of a grown up (natch! I'm not weird like that) Bonnie looking hot in a leotard or something, but I couldn't find any.

0 Replies
1
Reply Fri 5 May, 2017 03:50 pm
Jerry Lewis roles. Funny, I used to like him when I was a kid.
0 Replies
1
Reply Fri 5 May, 2017 04:21 pm
I'm having some trouble remembering the annoying characters - usually, if I put up with a book past, say, 50 0r 100 pages, then I'm there for the read through or will put it aside until later, and do finish it later. And that might not be about an annoying character, more an annoying author. One lately for me was Sandra Cisneros' Caramelo. Sequences and times seemed to keep jumping around too much, for me anyway, which did annoy; on the other hand, she's a lively writer and I finished the book after all.

0 Replies
3
Reply Fri 5 May, 2017 10:48 pm
I read this thread early today and have been podering it and have been unable to find a character more annoying than Scrappy-Doo. Jar-Jar Binks was close. Managed to almost kill a franchise.

I have some others though that I thought about.
Wesley Crusher which later evolved to Will Wheaton in general
Snarf from Thundercats

1 Reply
1
Reply Sat 6 May, 2017 12:27 am
I detested Robin. Batman and he would go into a gang's hideout, Batman would cold-cock six criminals, and then the seventh would grab Robin, put a knife to his throat, and tell Batman that unless he lets him tie him up, Robin is dead. And Batman has to go along with it. This scenario, or one just like it, would be repeated in comic after comic.

As a kid, I kept wondering when the hell Batman was going to get rid of this useless LOAD of a sidekick.
0 Replies
3
Reply Sat 6 May, 2017 09:06 am
@tsarstepan,
Ashley Wilkes in Gone With the Wind. Never knew what Scarlett show in the "man". I found him weak and annoying - nothing of appeal and it annoyed the heck out of me that a strong woman would want the weakling whining thing.
1 Reply
1
Reply Sat 6 May, 2017 09:54 am
@McGentrix,
Funny I love Jar Jar...I think Jar Jar case is one of those hysteria cases of to much fuss over no big deal. By the way I use it has my trader persona pic in Star Citizen.
0 Replies
1
Reply Sat 6 May, 2017 10:05 am
I didn't like Daisy Johnson from Marvel's Agents Of Shield, we were supposed to find her wonderful, and I don't like being told how to feel about a character. It's probably that which caused me to bail out after about three seasons. No, that series was crap, but the actress... Chloe Bennet, she could shield me any time she likes.

She can't act though.

Maybe some lessons would help. I'd be willing to give her one (or more).

She can't act though.

Maybe some lessons would help. I'd be willing to give her one (or more).


I don't know about The Method; I can certainly think of a method.

Have you been watching Carry On?

I write my own material these days.