Spiderman: Homecoming and Beyond

Forums: Movies, Spiderman, Marvel, Spider-Man, Marvel Comics
Email this Topic • Print this Page
Reply Wed 22 Mar, 2017 12:01 pm
This July, Sony is rebooting the Spiderman franchise for the second time in Spider-Man: Homecoming (2017). Tom Holland's Spidey already made his big screen debut in last year's Captain America: Civil War (2016). He did steal the scenes he was in.

Who has portrayed your favorite Peter Parker/Spiderman? Who was the worst actor to fill his webby leotards?

somethings wrong with you...spiderman homecoming was the best movie to come out yet...spider gwen rocks, miles moralez is bringing a whole new layer identity to the movie, and spidy himswlf is one of the best actors ive ever seen....sooo yea smth def. wrong with you...like DUDDDEEEEEE tomholland is so hot...speaking of which its his birthday today..Yayyy


Um...? Where do you see me bashing Spiderman: Homecoming... anywhere on a2k let alone this thread? I have also openly stated that Spiderman: Into the Spider-verse was in my top 4 favorite films of 2018.

somethings wrong with you

somethings wrong with you

In fairness she did get that bit right. 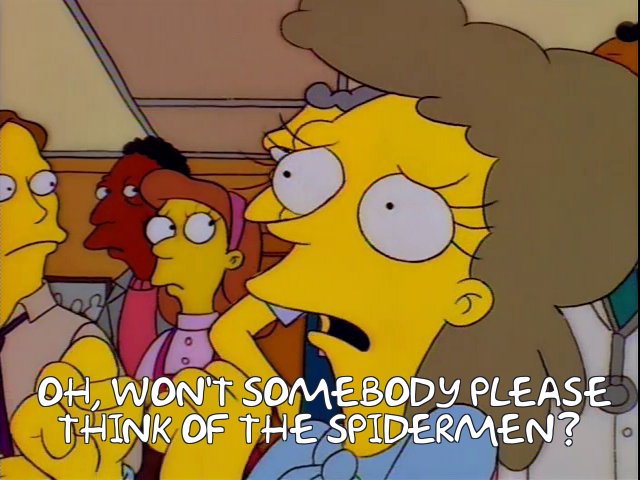