Forums: Movies, Religion, Supernatural, Fiction, Culture
Email this Topic • Print this Page
Reply Tue 31 Jan, 2017 02:29 pm
Emily Rose is a great film, not least because it seems to depict the supernatural as a moral force, as a reaction to right-wing politics. I tweeted this to the director, Scott Derickson, and he liked the tweet. Perhaps this was just him being kind, or maybe it was him agreeing with me.

Have you ever seen Emily Rose? Obviously, it functions as a crossover of genre, mixing horror and legal drama brilliantly.

In particular, I feel that the movie is about the morality of belief. Throughout the film, reality looks very lonely, very isolated for characters, not just Emily Rose. And the effect of this I think is the point that the demonic is actually some kind of protector (right-wing politics means solitude).

Linney's Bruner is also a very memorable defense attorney, and I enjoy the social dynamics of her and Father Moore.
Do you perceive the film the same way, in terms of feeling that its supernatural forces are meant to serve as counter-forces to the political right (law, status and society)?

Type: Question • Score: 0 • Views: 1,869 • Replies: 8
No top replies
1
Reply Tue 7 Feb, 2017 05:55 am
@Thomas33,
I always think one special film affects us. Its really an nice experience you have posted. I will surely watch the Film and hope will try to perceive it as per my thoughts.
1 Reply
1
Reply Tue 7 Feb, 2017 11:32 am
@parijatrawat,
Thank you. I hope you enjoy it, as Emily Rose is far better and more relevant than a lot of the contemporary blockbuster movies.
0 Replies
1
Reply Tue 7 Feb, 2017 03:02 pm
I saw it. Excellent movie. Based on a true story. I believe it..everything from her being demonically possessed to seeing Mother Mary. She willfully went back into her body and suffered for the benefit of others...that the world would come to believe in the spirit world more. And she received crucifixion marks on her hands for her unselfish suffering. A touching story.
1 Reply
1
Reply Tue 7 Feb, 2017 03:56 pm
@Patches,
I agree that the film is on the side of the supernatural, but what's interesting is why. The story does certain things to confirm the supernatural (Dr. Cartwright seeing what Father Moore sees, and Bruner hearing the number count to 6 just next to Moore's prison cell).

An alternative view, is that the supernatural isn't being confirmed, but that instead what the movie is doing is it's promoting the morality of belief; although I must admit this is hard to accept, as there is clear evidence that the supernatural exists within the film (which in turn can hurt the film's agenda of supporting the concept of belief).

I believe that it was four languages that the demons spoke and was recorded. In court, they claimed that she learned these four languages in her Catechism classes. Catechism classes are only 1 hour a week for 7 months!
1 Reply
1
Reply Tue 7 Feb, 2017 05:26 pm
@Patches,
That's a good point. However, I think it's possible that the film is playing with the idea that the human condition is best defined by the infinite need for possibility; Bruner's closing statement is about the importance of possibility, and yet I actually think that's the central theme to the movie.

Though evidence in favour of the supernatural is almost overwhelming, technically the movie doesn't do anything that can't be rationally explained; examples include that the 1 to 6 count Bruner hears on her way to Moore's cell could've been Moore himself whispering the numbers on purpose, or that Cartwright seeing the demonic can be attributed to him earlier telling Bruner that he's begun praying again - this implies that Cartwright is inherently religious, therefore susceptible to irrational thinking.

And that's where it gets really interesting, because one can take the view that if the movie's about the morality of belief, it's doing things that are unnecessary! It doesn't need to play internal games with its audience, just in order to promote the idea that faith in the supernatural is righteous, and so perhaps the ultimate question is whether all of what Exorcism of Emily Rose does is helpful to the agenda of promoting spirituality.
0 Replies
0
Reply Thu 9 Feb, 2017 03:48 am
The psychiatrist representing the prosecuting attorney explained Emily's demonic possession as psychotic epileptic seizures. This term is not found in any DSM. The physician had simply coined the words himself. Despite the adversity. The priest got off with time served and the believers in the supernatural prevailed with Emily's story in court when the movie came out...a win for heaven and believers.
0 Replies
0
Reply Thu 9 Feb, 2017 04:02 am 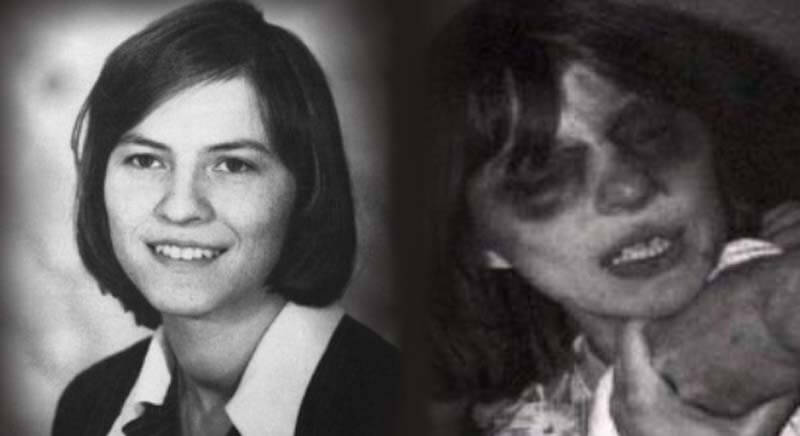