Why are almost all humorists liberals?

Thanksgiving is rapture for turkeys.
0 Replies
1
Reply Thu 1 Dec, 2016 10:30 pm
And I hope that some of you readers will consider purchasing my new book, soon to be available at Amazon,
"Care and Maintenance of the Prepuce".

And, for a perfect Christmas gift for friends and family, you can attain a copy of the rare and out of print (they are going fast! so hurry!) the much celebrated and valued signed First Edition "Reince Priebus, His Mother Should Have Eaten Him While His Bones Were Still Soft".
0 Replies
1
Reply Fri 2 Dec, 2016 01:11 am
Scott Adams of Dilbert is conservative.
Al Capp of Lil Abner was a conservative later in life.
Dennis Miller is conservative.
Christopher Buckley, (Wm F's son), writes wickedly funny political novels.

I think that's the whole list.
2 Replies
1
Reply Fri 2 Dec, 2016 01:58 am
I think it is more a question of your personality. A humorist is a person who can see the funny, ironic side of life.
There are plenty of liberals or leftist who have no sence of humor what so ever.
Just as there are conservatives.
Humor is expressed different in different countries.
1 Reply
3
Reply Fri 2 Dec, 2016 06:05 am
Most conservative humor seems to be of the vengeful striking out kind. 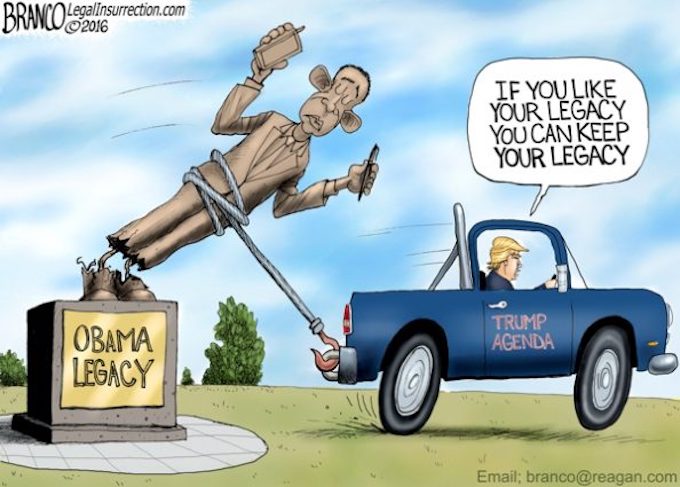 #1 - Did you hear about the new Obama Diet? You let Putin eat your lunch every day.

#2 - How does Obama win the war on terror? He renames it! Its now the overseas contingency operation.

#3 - Did you hear about the reporter who asked Obama a hard question? Neither have we!

#4 - How many democrats does it take to change a light bulb? 5! Al Gore to insure it’s a CFL, an EPA agent in case the bulb breaks and a mercury cleanup is necessary, a person to bail out the home owner, an ACORN member to ensure that the right person changed the bulb, and a member of the media to celebrate the change.

#5 - Why can't Obama dance? Cause he has two leftist feet.

#6 - Some Republicans are saying that due to his current scandals, President Obama should be impeached. In response, Obama laughed and said, 'Two words fellas: President Biden.'

#7 - Why won’t Obama have a turkey for Thanksgiving? Because Vice President Biden will be out of town.

#8 - Democrats and liberals always say they are smarter than conservatives. If that is true, then why do Democrats always have problems filling out a ballot?
1 Reply
2
Reply Fri 2 Dec, 2016 06:41 am
A Swedish politician - I prefer not to tell name nor if to the left or right - is a rather broad person, not to confuse with broadminded.
His Norwegian secretary was asked to order two seats in the airplane.
She happily told him she got two windowseats.

Guess that was more racial than political....The nationalities can be exchanged with liberal or conservative according to your needs.

Why are almost all humorists liberals?

Scott Adams of Dilbert is conservative.

Didn't know that. But ironically, I haven't been following him and his work for years. I was mostly an adamant follower of his when I hadn't been working in an office setting. For the past, four+ years, I've been working at a law firm and I don't feel compelled to return to his work. Then again, I assume he has nothing new to add to his schtick and he did seem to be basically repeating himself over and over (what I remember of his work years ago).

He's not particularly funny. I do remember being fond of his cynical humor back in the mid90s(?) but he seemed to lose his sense of humor when he went bonkers conservative.

I find this to be the most painful and to be honest, I'm actually disappointed with myself. I can't seem to find any motivation to return to his books after I found out he was a devout W. Bush fanatic. He was (is?) a genius at satire.

Why are almost all liberals intolerant?

There are probably more but this incredibly unbalanced ratio I'm pointing to tells us something. Let's note, as regards your list, that Buckley Jr was booted from dad's site because he was not sufficiently in accord with the reigning ideology at that time.
0 Replies
2
Reply Sat 3 Dec, 2016 08:55 am
@saab,
Quote:

There are plenty of liberals or leftist who have no sence of humor what so ever.

That's definitely true. But it yet remains the case that humorists are almost all liberals. This difference needs to be accounted for.
0 Replies
2
Reply Sat 3 Dec, 2016 08:58 am
@edgarblythe,
Quote:

Most conservative humor seems to be of the vengeful striking out kind.

There's something to that, I think. But I'll set that aside for now.

She happily told him she got two windowseats.