Burkinis at the Beach: Yay or nay? I speculate that these wonderful Muslim women in France would get the same guff from these conservative bigots (AKA ASSHOLES) if they choose to wear a standard issue full body wet suit. They'd just reword their irrational and useless complaint.

Keep in mind, I'm an atheist and I think the practice of burkas and burkinis more then a tad goofy. Banning women from wearing them is even more stupid.

Some white male comedian should start walking around in a burkini to see what complaints if any for wearing the religious garment. I swear if I was a beach person who lived in France, I'd wear a burkini in support of these Muslim women.

0 Replies
0
Reply Wed 24 Aug, 2016 12:06 pm
@tsarstepan,
What does being an atheist have to do with your opinion on burkinis?
Personally I do not see anything wrong with them - they even protect people from getting a sunburn.
In Norway girls are allowed to wear them at school swimming. That is so
much better than not to learn swimming.
Some find it ok. Others are against it as it slows down intergration they say.
In UK they are a hit.
Very fundamentalistic Muslims are against them.
No matter what you do - you will enoy somebody.
I do not know if is racism to forbid them - others say it is racism to allow them.
1 Reply
3
Reply Wed 24 Aug, 2016 12:13 pm 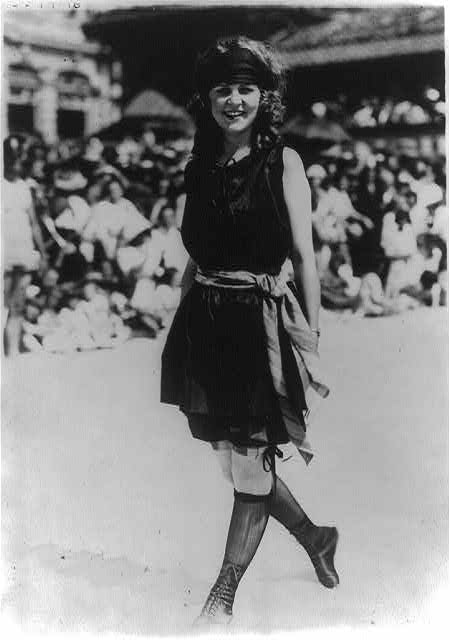 What does being an atheist have to do with your opinion on burkinis?


I could have left that out but I thought it was fair that I mention that seeing women wear burkas in NYC really bother me because of their symbolism. I stop at call for their banning in public. That sidecomment was more for burkas then burkinis.
1 Reply
0
Reply Wed 24 Aug, 2016 12:37 pm
@tsarstepan,
Quote:

Is banning burkinis at beaches racism?

No, of course not.

Muslims don't constitute a race and even if they did it wouldn't signify a belief that they were inferior to whomever is banning them.

The word racist is used so often with such little concern for what it actually means that it has become hopelessly degraded.

I don't approve of banning burkinis, but we in America don't have anywhere near the same level of tension between Muslims and non-Muslims as do the nations in which they are banned.

It's a question of public safety which may or may not be politically abused.

I can't imagine it happening here any time soon, but I am all in favor of not allowing anyone, Muslims included, in being photographed for government documents (Driver License, Passport etc) with their faces covered.

0 Replies
0
Reply Wed 24 Aug, 2016 12:48 pm
@tsarstepan,
I accept burkinis at the beach - and some women weating bikinis would look better in a burkini - sorry.
Burkas are really a torture for women as they cannot see where they walk as not only the sight in small but the blue burka fills itself with air and blows up.
Niqab is a bit better for seeing, but still something should not be allowed in official buildings.
I am not allowed to cover my face when travilling, going into a bank, showing my ID card - why should these women be allowed to. You do not know if is a man or a woman behind this - no man would volontary wear a burka. I guess.
Covering your hair is something else and I do not mind it at all.
0 Replies
1
Reply Thu 25 Aug, 2016 07:17 am
@tsarstepan,
I don't see it as racism as wearing a burkini has to do with your religious belief not your race.

But I don't understand banning them - does everyone on a beach wear a bathing suit? What happens in the winter when it is cold and people walk the beach in winter coats? I say wear what you want. Even nude beaches are typically clothing optional.
1 Reply
1
Reply Thu 25 Aug, 2016 08:21 am
@Linkat,
Linkat wrote:

I don't see it as racism as wearing a burkini has to do with your religious belief not your race.


It's institutional racism. They're not banning nuns in full habits from enjoying the beach. Claiming this is merely antireligion is dismissive of the simple notion the policy is only enforced against Islamic woman (immigrants and family members of immigrants).

Some white male comedian should start walking around in a burkini

I don't believe that banning burkinis at the beach is an example of racism.

However, the above comment by Tsarstepan , in my opinion, may be considered to be a racist comment. Why would the color of any male's skin be relevant to the issue of burkini wear at a beach?

The Nuns aren't being banned from wearing full habits to the beach because they are Catholic not because they are "European" or "White" There are swarthy skinned nuns, some of who might even be Christian Arabs who are not going to have a run-in with the police at the beach.

It's prejudicial and discriminatory for sure, and I think it's stupid and ultimately unnecessary. I think the officials in these cities are doing it so they can show voters they are doing "something" about the "threat" of Muslim terrorism. I bet it's pretty popular where it is in place. Doesn't make it right of course but it's a reason why politicians do things that are wrong.

It's as if "racism" is the worst thing in the world that anyone can be charged with and if the charge sticks, there are some special consequences that follow.

The Nice mayor’s office denied that the woman had been forced to remove clothing, telling Agence France-Presse that she was showing police the swimsuit she was wearing under her tunic.

Nice’s deputy mayor, Christian Estrosi, from Sarkozy’s Les Républicains party, said a municipal police team had “acted perfectly to make sure that [the] decree was respected”. He threatened legal action against anyone disseminating pictures of municipal police. Twenty-four women have been stopped by police in the city since the burkini ban came into force.

The woman in Cannes, a former flight attendant from Toulouse who gave her name only as Siam, said she was wearing clothes and a headscarf when she was approached by police who wrote on her ticket that her clothes did not conform with “good manners” or French secularism.

Source
2 Replies
1
Reply Thu 25 Aug, 2016 09:04 am
I figure it is part of France's long time position on being a secular state, but that may be mixed with an anti-muslim mode (I don't know), plus I remember when I saw this about burkinis at the beach two or three weeks ago, I think at Cannes, some (news writer?) said it was to avoid possible isis attack by hiding weapons (implausible, I think).
0 Replies
2
Reply Thu 25 Aug, 2016 09:07 am
@Walter Hinteler,
I think that everyone should be able to go to the beach how she/he wants to.

Then why don't they arrest Catholic nuns?


You've a source that Catholic nuns were on the beaches of those towns and wanted to swim in full habit (or even did so) after the decrees were established?