Michael Phelps released back into the ocean

Saying he was 'ready to go home', a group of trainers today released Michael Phelps back into the wild today after more than 15 years in captivity.

Phelps, who was born in the Atlantic Ocean and then moved to a training pool in Baltimore, captured the hearts of the American public, and later the world, performing amazing feats in the pool. But after a dazzling career, trainers said it was now time to return him to his natural environment. 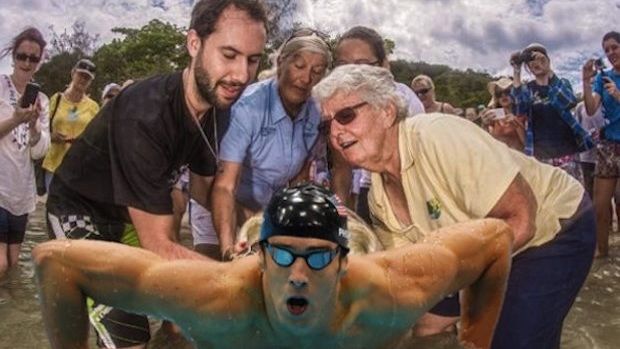 I remember when Mark Spitz, after his Montreal accomplishment of winning seven gold medals was considered amazing (and rightly so), but Phelps has dwarfed his achievement.

I have to wonder how much of the separation is due to advanced training and coaching methods vs pure athletic skill.
0 Replies