Out of the night that covers me,
Black as the pit from pole to pole,
I thank whatever gods may be
for my unconquerable soul.

In the fell clutch of circumstance,
I have not winced nor cried aloud.
Under the bludgeonings of chance,
My head is bloodied, but unbowed.

Beyond this place of wrath and tears
Looms but horror of the shade,
And yet the menace of the years
finds and shall find me unafraid.

It matters not how strait the gate,
How charged with punishment the scroll.
I am the master of my fate;
I am the captain of my soul.

Prince Harry has said the Invictus Games for injured servicemen and women are a showcase for the "very best of the human spirit".
The prince, who backs the games, was writing in the official programme of the opening ceremony in the city of Orlando in Florida.
This is the second time the games been run, after London in 2014.
During the five-day tournament more than 500 athletes from 14 countries will compete in a range of sports.
They include athletics, cycling, tennis and basketball.
Thousands of people attended the opening ceremony, among them the US first lady Michelle Obama, the Hollywood star Morgan Freeman, the British singer James Blunt and the soprano Laura Wright. 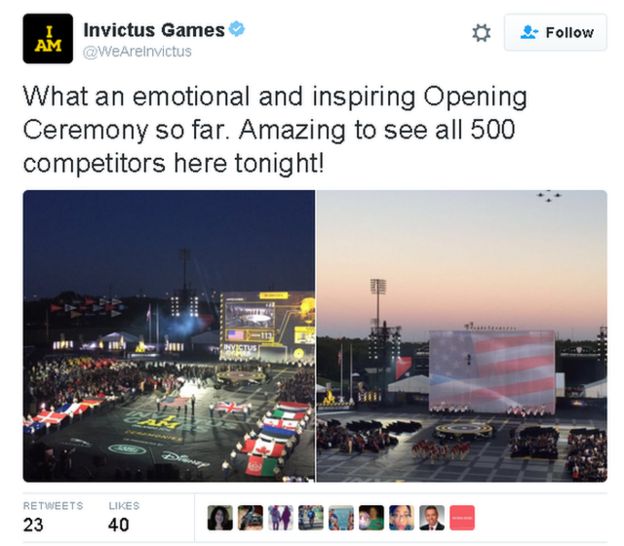 I find the whole thing inspirational, and I'm able bodied. What a great example these people set for others who are in some way disabled. 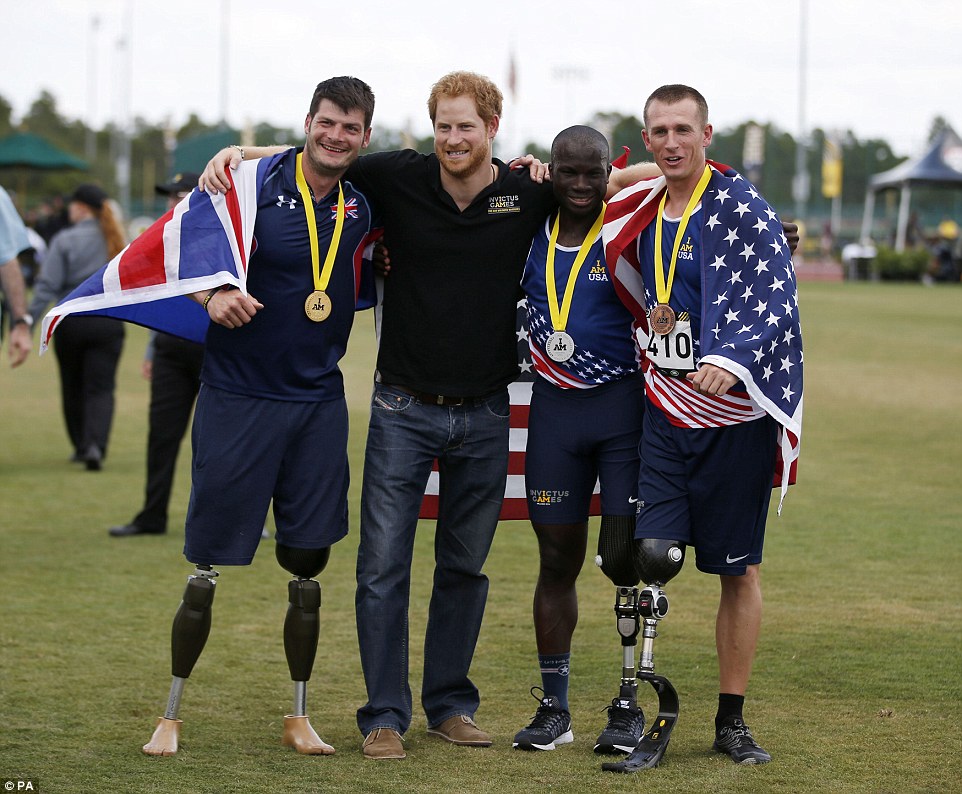 1 Reply
1
Reply Wed 11 May, 2016 01:04 am
@Lordyaswas,
My great aunt - a kind and still down to earth woman - was a nurse during WWI. Yes that long ago.
She got tears in her eyes when she thought about the wounded and dead young men. She was in Denmark, had to do with Danes and Russioan POWs.
During WWII she reacted the same when it came to young ablebodied men and women who were wounded or died.
When I see these young men who can do so much despite being injured badly - thanks not only to themselves but also to the technical help - I have to think about her and have a feeling she is on their side.
1 Reply
1
Reply Wed 11 May, 2016 02:52 pm
@saab,
Marine who lost a leg pulling 9/11 victims out of rubble becomes the most decorated competitor at Invictus Games with SEVEN medals - including the 100m and 200m dash 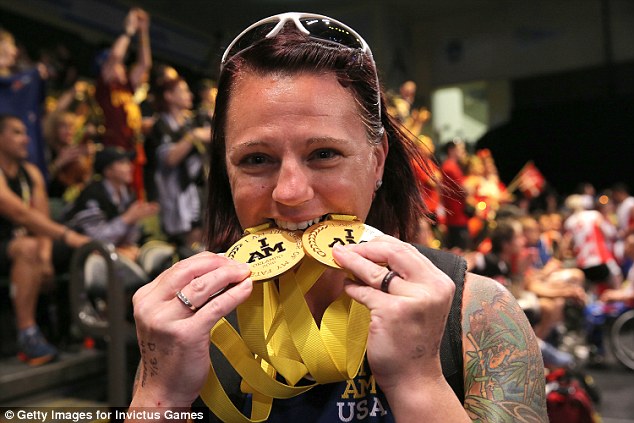 "A U.S. Marine who lost her leg after the 9/11 attack on the Pentagon has come back from her loss to claim a stunning seven medals at this year's Invictus Games.
Sarah Rudder's incredible winning streak saw her triumphing in a range of events including rowing, the 200m dash and shot-put.
'It was amazing,' Rudder said Tuesday, the second and final day of the games. 'It shows that just because I'm an amputee doesn't mean I can't go out and put my heart and soul on the track or any event that I do.'

1 Reply
2
Reply Wed 11 May, 2016 02:58 pm
@Lordyaswas,
Was reading the whole article in daily mail probably the same time as you.
Really enjoyable pictures which glow of natural happiness.
When I see prince Henry and how well he gets along with people I cannot imagen him with a wife who is another "red carpet type" woman showing off her latest outfit.
1 Reply
1
Reply Fri 13 May, 2016 12:07 am
@saab,
Every single one of the athlets is a winner, just some were better.
Fantastic pictures of real people for once and not one single "red carpet person"
0 Replies