Why I love the subway

Forums: Subway, Mbta
Email this Topic • Print this Page
Reply Fri 20 Nov, 2015 09:13 am
As opposed to my previous thread about hating the subway whereas the list could go on forever. Is there anything you love about the subway?

In Boston, the subway is often much quicker than driving. And I don't have to pay attention. I find that much less frustrating. And, I like feeling I am doing something for the environment.

Accept for the delays, I have never had any real complaint with public transportation on the MBTA.

1 Reply
2
Reply Fri 20 Nov, 2015 09:31 am
@maxdancona,
So you never experienced someone pulling out a gun? Or a lady giving birth? Or someone pushing you down the green line trolley stairs when you were pregnant? Or subway sleepers? Ooops sorry this is supposed to be the I love the subway.

Here is one - when I was very pregnant, I walked down to the platform at Park Street and this lady comes running up to me here have a seat here on this bench and when the train pulled in she goes running in and holds a seat for me. She was very sweet but just a tad over the top in helpfulness.
1 Reply
2
Reply Fri 20 Nov, 2015 09:37 am
What I love about the subway - the rolling stock, especially the R32 equipment, love the motor sounds - the stations, the BMT Canarsie, the atmosphere.

0 Replies
2
Reply Fri 20 Nov, 2015 09:53 am
@Linkat,
I have never seen a gun on the MBTA, or anyone giving birth. I have been jostled (although not while pregnant). And I have seen subway sleepers, and drunks, but they are easy enough to ignore.

I have also seen people be very helpful. I have several times seen out of towners, or even foreigners, getting help with navigation. I was once on a green line trolley where someone very lost who was having trouble explaining where she was going resulted in a intense, but civil, discussion where everyone was trying to figure out where she wanted to be.

And, I have occasionally had very nice conversations with people on trains.

The only real complaint I have with the MBTA are the delays.

2 Replies
1
Reply Fri 20 Nov, 2015 09:56 am
@maxdancona,
I also love the street musicians (which range from bad to incredibly good, I appreciate almost all of them). They will interact with my daughter, several times she has gotten them to play her song. It is a pure sort of music... the direct connection between artist and audience of a type you don't get in other venues.

I agree there are a lot of very nice and helpful people and also the opposite.

I have on occasion talk to the drunks/beggers - the only ones I do not like are those that swear and are directly cruel to another passenger - this happen recently and we all participate to get the idiot pulled from the train - so yes you have in the one swoop - the good and the bad.
0 Replies
1
Reply Fri 20 Nov, 2015 11:30 am
@maxdancona,
Here is the article (granted this was years ago - but yeah quite an odd ball thing) on the woman giving birth.
BOSTON -- The Department of Social Services is investigating after a woman gave birth to a boy yesterday morning on a subway train in Boston, transit police said.

Passengers said the mother quietly declined their assistance while she was in labor on the full rush-hour train, said Massachusetts Bay Transportation Authority Lt. Gary Fredericks. He met the woman and other MBTA subway officers outside the JFK stop on the Red Line after train commuters used cell phones to call for help. The woman had just gotten off the train with the baby when officers arrived, he said.

She did not want help and ran off, grabbing a newspaper from a vendor to wrap her new child. Police and the woman argued before she finally agreed to receive medical assistance.

The mother -- whom Fredericks identified as 43-year-old Joyce Judge -- and the baby were taken in an ambulance to Boston Medical Center. Police said both were doing well.

Judge, who was living in a Braintree motel, also is the mother of two other children, who were found there yesterday by police, Monteiro said.

The children, a 15-year-old girl and an 11-year-old boy, are now in DSS custody.

On a quiet train? I love the chance that I can catch up on a good book.

I also love the street musicians (which range from bad to incredibly good, I appreciate almost all of them). They will interact with my daughter, several times she has gotten them to play her song. It is a pure sort of music... the direct connection between artist and audience of a type you don't get in other venues.

I could go without most of the subway buskers here in NYC.
0 Replies
3
Reply Fri 20 Nov, 2015 11:40 am
@Linkat,
When I lived nr Boston in the 'burbs and I chose to commute to work into town, I loved not having to contend with traffic and the wear and tear on my car and my mind. I just got onto the T and 40 minutes later got off nr my stop and walked 2 blocks to work.

One adventure happened that I never would have had was walking by and listening to a man playing the bagpipes in Chinatown.
0 Replies
1
Reply Fri 20 Nov, 2015 12:42 pm
Linkat, I remember that you've been to Italy and love their gelato (and more gelato), but I don't remember if you've been to Rome. On our first day there, very very tired from an exhausting series of flights and waits, we took the train from the airport to the main station, and on inquiry re taxi prices, decided to take the metropolitano to near our hotel in the Aventine. First thing was hubby got the big bag caught in the turnstile and a sophisticated older man came over to help us out. Once we told him where we were headed, he convinced us we had been trying to go in the wrong direction. So..... he walked us to the right place to get on the metro and got on with us for one stop to see we were all right, wished us well, and vice versa.
What a wonderful helpful guy. He is part of my continued enthusiasm for the place all this time later.

That first time on the Rome metro I remember two things: many people wearing truly great overcoats, the style all around me; also, the sounds of people talking, such a lovely sounding language, like music. I've sometimes felt that way on the Mexico City metro too, but I was more used to spanish. It was the wash of italian that was a treat for my ears, no matter how tired I was.

On the NYC subway - I loved it as a kid riding with my mother, and I loved it fifty years later when I got to ride it again, with Diane, to get to the stop near The Cloisters. Boy, did that bring back old memories, as we used to live in Riverdale and took the subway a lot to downtown and back.
1 Reply
1
Reply Fri 20 Nov, 2015 01:01 pm
@ossobuco,
yes I have been to Rome - beautiful city loved it! Loved the really old right next to the really new modern buildings thought the contrasts between the two were great.

We didn't take the metro though - we were fortunate to meet on the actual train (traveling from Milan to Rome) a young (good looking to boot) man. He took it upon himself to spend the day showing us Rome - we had our own personal tour guide. He took us to a couple of restaurants that the average tourist would never go to - he ordered for us and would not let us pay the bill. Funny you mention gelato - he kept telling us about the gelato and of course we had to go out for some.

the people - even the crazies can be interesting to talk to. 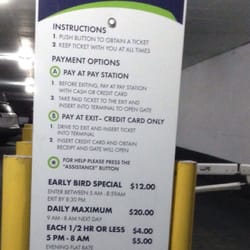 artwork at some stations is good 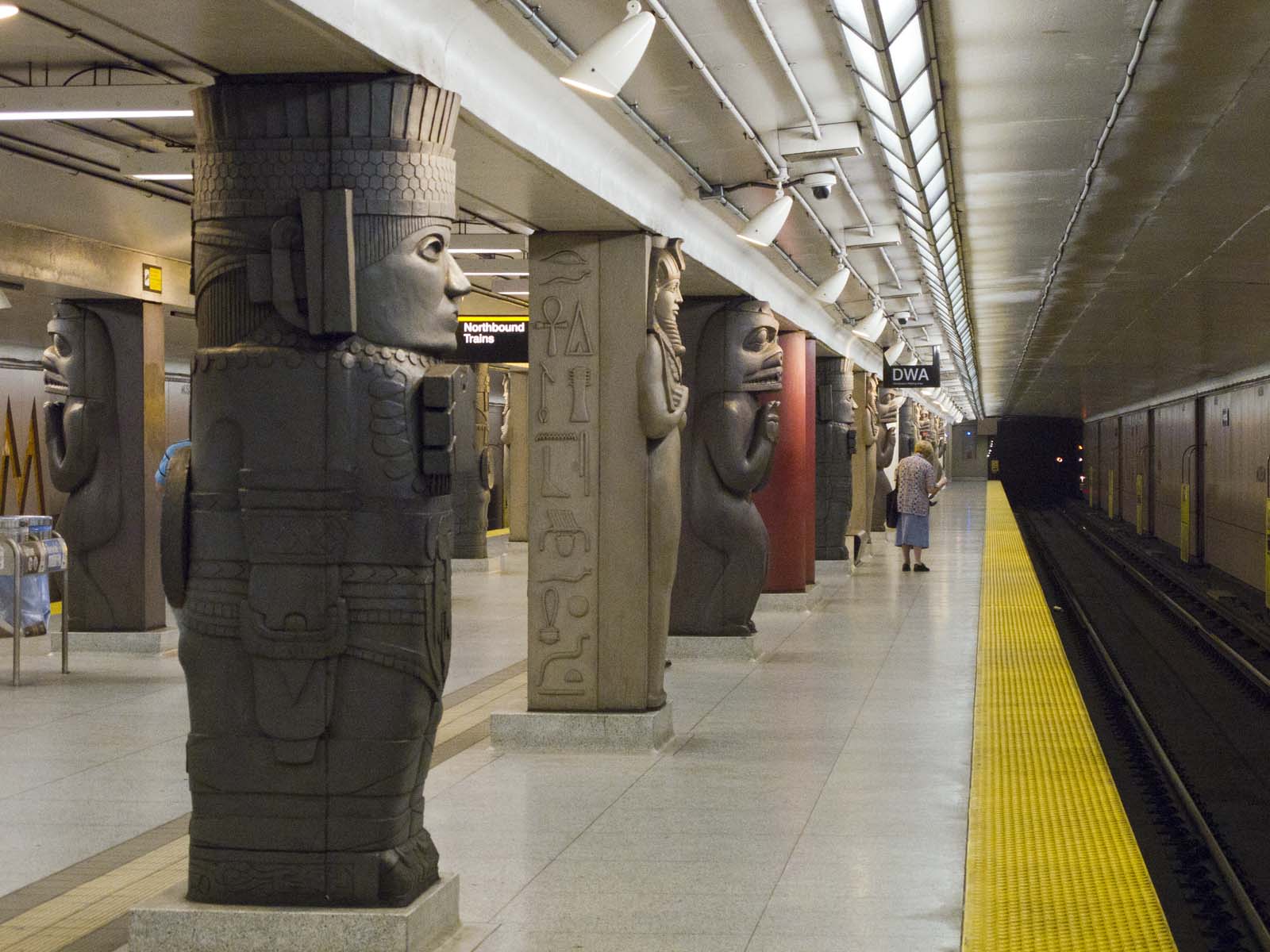 most days I can get a decent seat and get some reading or knitting in
1 Reply
1
Reply Fri 20 Nov, 2015 01:05 pm
@ehBeth,
I've been on the Toronto subway before --- granted that was many moons ago, but I did like their subway system.

Love London's as well. It is old but it is very cool - love the line "Mind the Gap".
0 Replies
1
Reply Fri 20 Nov, 2015 01:20 pm
@Linkat,
Same thing happened to us (also no subway) when a friend and I first went to Mexico in the sixties, first landing in Guadalajara. We met two guys in the Hilton Bar (I dragged my friend who immediately hated Guadalajara ("we might as well have gone to Hawaii", the brat) out of her pout to the lobby thus the bar. One fellow was a med student from Egypt and the other a married businessman from Mexico City. They'd been talking together in the quiet bar that mid-afternoon. They took us around that Jalisco area for a few days, and later on, when we went to Mexico City, that guy took us to see several sites and at least one great dinner. No hanky panky, just pride and friendliness, plus back then we didn't look too awful.
2 Replies
1
Reply Fri 20 Nov, 2015 01:27 pm
@ossobuco,
Yeah it definitely helps to be young and cute.
0 Replies
1
Reply Fri 20 Nov, 2015 02:21 pm
@ossobuco,
When I was in Mexico city last year, I rode the subways in places where there were no tourists. I had several people come up to me wanting to practice English. All of them nice and we ended up having interesting conversations.

I guess I stick out... but I am neither young nor cute.

0 Replies
1
Reply Fri 20 Nov, 2015 03:09 pm
In my opinion, the "transplants" from other parts of the country are often the picture of exuberance on a weekend in the subway. Especially, if the day is young, and they will soon be in the "city" (Manhattan). Even the young transplant marrieds, with a child or two in tow. Having seen the city go through changing demographics, it is interesting to see , since it tells me that NYC has remained some sort of magnet for those that grew up in possibly strip mall America, and managed to get an education and a job in NYC. My point is that their exuberance is endogenous, and not, in my opinion, from a reflection of the city itself. I believe native New Yorkers are a much more sedate group in general. Actually, Manhattan bus routes might give the more authentic view of the "city" and its more staid residents, who often avoid the subway, in my opinion.
1 Reply
1
Reply Wed 6 Jan, 2016 08:25 pm
@Foofie,
Have faith in your fellow subway rider. Courtesy still exists.

This Is The Gold Standard In Subway Etiquette
2 Replies