Forums: Gibberish, Science, Gravity, Physics, Relativity
Email this Topic • Print this Page
Reply Mon 19 Oct, 2015 10:25 am
Bent timespace doesn't cause gravity. Fast velocity does both, but, the velocity can't exceed the speed of light. Gravity bends timespace globally. It's analogue in electrical engineering, current, of course, also bends timespace globally, which, due to leaving the rigid orthogonality of flat time space, allows faster polarity cancellation rates, also known as entropy production rates in thermodynamics. Visa versa, a fast polarity cancellation rate, entropy production rate, also bends timespace globally. These facts have been "top secret" to keep the people more controllable. The Philadelphia Experiment used the current analogue to teleport to anywhere, and to anytime, by lowering the pi value of that timespace below 2, and thereby all quantumly entangled were transduced into probability. Such travel is called probability transduction travel. Anyone, with enough privacy, can build a polarity cancellation device, like, for example a photon collider, to promote fast polarity cancellation. By lining up parallel mirrors, mirrored on both sides, and flooding them with light, will facilitate photon collisions. For each pair of collided photons there are differentiated a particle and an antiparticle which swiftly cancel out back into photons. Enough of these polarity cancellations bends timespace globally. Bending timespace below 2, all quantumly entangled is transduced into probability, and thereby will teleport to the place and time to which the traveler is tuned. The Philadelphia Experiment was followed up by experiments at Montauk, NY, and finally moved to, and continued at the Naval base in Nevada. To further facilitate the cancellation of these particles and antiparticles, a magnet keeps them nearby. That magnet is called a "flux capacitor".
Type: Discussion • Score: 2 • Views: 2,157 • Replies: 16
1
Reply Mon 19 Oct, 2015 10:29 am
@lahunken61,
You do realize that the flux capacitor is fiction... right? 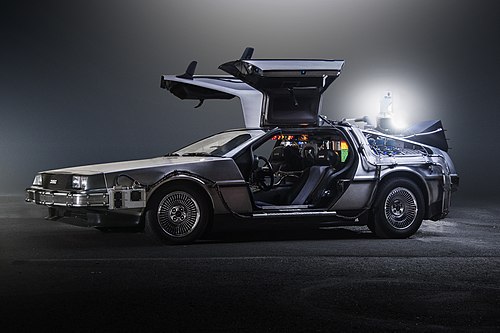 0 Replies
-1
Reply Mon 19 Oct, 2015 01:04 pm
Gravity is an associated force from the original pressure of repelling like polarities. The universe is like a shaken bottle of water.
Everything in the universe is running down or being pushed up by that which is running down. The universe is like a shaken bottle of water. The water represents energy; the air, probability; the bottle itself, the limitation of impossibilities; and, the bubbles represent information. Matter is called "alpha code information". All information is trying to undifferentiate back into nonexistence. It's all laws of the universe; and, pursuit of the down gradient is the true will."
The infinitesimal point nothingness, . , is rastered by time into timespace, U , which exerts its oneness in one direction, / , stirs closed circuitry, O , that all going the same way, vO^XvO^, clashes, a Big Bang, X , forcing confluency, = , of the differentiated back into undifferentiation to nonexistence."
Critics have criticized that the exertion of the oneness is equal on both sides. The answer to that is that as this manifestation happens the value of pi is going from zero to higher values, thereby leaving one side of each circuit more pressured than the other, thus, the circuit circulates. Also, the friction of the circuitry is from the Planck's volumes that compose everything. Nothing can be smaller than Planck's volume. Without this friction there would be no consciousness.
Differentiation causes consciousness. That which is differentiated enough is fully conscious; and, that from which things are differentiated is thereby differentiated, and thus energy is eternally conscious. This process of creation occurs in the infinite dimensions of the universe every Planck's time, causing energy to be eternally conscious. If we were energy we would never sleep. We are only information, and thus we are capable of losing consciousness, and even becoming nonexistent. These facts are consequences of the first and second laws of thermodynamics.

You might achieve better participation by 1) condensing for a first para and 2) rewriting the remainder, inserting carriage return where appropriate. In doing so you might find other means to clarify

For instance where applicable you might insert, "In other words,...." or "...in disagreement with classical cosmology,...." etc

In concluding however I had always thought of gravity as a distortion (maybe "pushing aside"?) of space so perhaps you could--in a subsequent posting--[present your position in short sentences of common words in the usu order suitable to the Average Clod (me)
0 Replies
2
Reply Mon 19 Oct, 2015 01:40 pm
@lahunken61,
lahunken61 wrote:

...I'm hoping you'll reveal to the world how to solve its power problems

And I recall I observed similar stuff proliferating through various forums in 2013 by one david hannon - in fact, the same swathes of stuff, with differing entry sentences. Almost like someone wanted to, and still wants to, say the same thing, over and over again.

But I am NOT criticising. As I said, I find the material utterly fascinating!

But .. WHAT is your point ? WHAT are you hoping to achieve ? I am just SO curious, that I joined here, just to ask you that (although it looks like a great site, and I might stick around).
0 Replies