As a senior, I am tired of opening my cocoa can with pliers

Forums: Packaging, Product Accessibility, Opening Cans
Email this Topic • Print this Page
Reply Fri 25 Sep, 2015 09:25 pm
So, I am wondering how companies test the compatibility of their products re various user groups.

I don't have arthritis to speak of, but I do have some hand muscle wasting, me, the consummate pencil/ink drafter, back then.

So this question isn't just re us oldies, but for many, even young, with hand difficulties.

Type: Discussion • Score: 7 • Views: 1,287 • Replies: 15
No top replies
1
Reply Fri 25 Sep, 2015 09:33 pm
@ossobuco,
How about the companies that have gone to pull tab cans, but the tabs break off and dont open the can and the bottom of the cans are some strange shape that a can opener does not work? And just who the **** decided that grabbing a can opener is too much work for Americans? at least with regular cans the people who need to can have an electric can opener. These pull tab cans are a step backwards in my books.

EDIT: sardine cans are another pet peeve of mine, they tend to be poorly manufactured now and often very difficult to open.
1 Reply
1
Reply Fri 25 Sep, 2015 10:58 pm
@hawkeye10,
Hey, I agree with you. I can still do sardine cans, so cool, but it takes good grip, and yes, I have used pliers once in a while when I am impatient.
I'm not a beer person but buy some once in a while. More aggravation, but that is a bit easier.
1 Reply
1
Reply Sat 26 Sep, 2015 12:19 am
@ossobuco,
Somehow I never got the right grip regarding sardine cans, but opened wrong and ended up scraping the sardines out of the can. Does not look too good.

The cans with a pull tab I often just open with a can opener. Why bother with taps that maybe breaks.
1 Reply
2
Reply Sat 26 Sep, 2015 01:25 am
@saab,
You're lucky you didn't have to scrape them off the floor.
1 Reply
1
Reply Sat 26 Sep, 2015 01:31 am
@roger,
I can stand sardines in water, I get in oil. I have a hard time keeping the lid from splashing me with oil. I must be really stupid.
0 Replies
1
Reply Sat 26 Sep, 2015 02:06 am
To open the cocoa can, try using a screw driver, or a half dollar coin. I don't think there's any solution for sardine cans, although i'm not interested enough in sardines for that to be a problem for me. For me, that problem arises when attempting to open cans of corned beef--and it's not because of my age, either.
0 Replies
1
Reply Sat 26 Sep, 2015 03:32 am
@ossobuco,
go to a yard sale or an antique shop and get you one of the old :Church key" type f can opener. It has a bottle cap opener on one side and a beer can punch on the other. Hold the bottle cap opener UPSISE DOWN and insert the top of the opener under the cocoa can lid and just noodge it around and slowly lever it off. That way you wont bend the umass lid.

I used to put all hot chocolate or cocoa poqer into a wide mouth jar and store the stuff in the freezer. Kept it nice and xhocolaty for up to a year (never had to store it longer so I dont know)
I dont know whether xhocolate oxidizes and loses its punch
0 Replies
2
Reply Sat 26 Sep, 2015 03:34 am
@ossobuco,
ANCHOVIE CANS ARE MY GRIPE. You gotta hold the little can very firmly down on the table while you VERRRRY SLOWLY open the entire can lid .
Anchovie oil has a habit of spritzing all over the place unless the can is opened verrry slowly
1 Reply
2
Reply Sat 26 Sep, 2015 04:02 am
@farmerman,
WINCO makes one (its called a can punch, and bottle opener). Theyre still available for about 33 cents a piece. (Maybe you should buy a gross and give em away for Xmas presents cause the shipping will probably kill ya.

If you go to GOOGLE the picture will come up and youll reconize em as a simple yet very well designed tool.
0 Replies
2
Reply Sat 26 Sep, 2015 11:43 am
For you who like ABBA and ansjovis 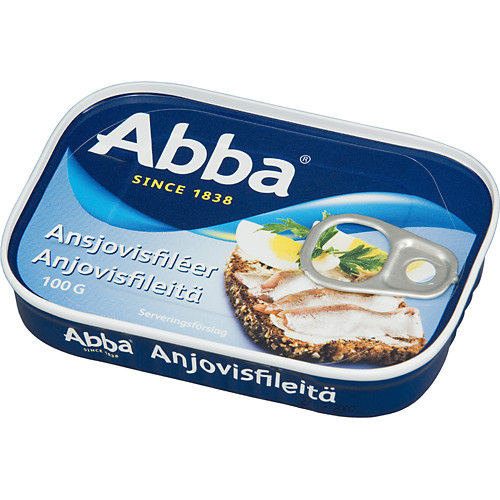 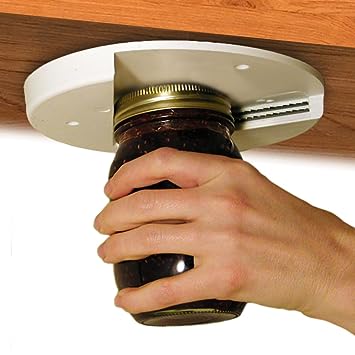 2 Replies
1
Reply Sat 26 Sep, 2015 04:18 pm
@CalamityJane,
How very clever that is . . . did you patent that when you invented it?
1 Reply
1
Reply Sat 26 Sep, 2015 04:58 pm
I remember that Dlowen recommended thumping the jar upside down on the counter. Tried that, works sometimes. Now I just use a rubber glove to get a good grip. Big jars with a strong vacuum are harder, at least for me. I once had to bring a huge jar of olives back to Costco to have them open it.

On the cocoa can, my particular cheapo baking cocoa has a plastic top that is easy to get off, but then there is a foil type lid with a small tab to pull - and that is oddly hard to keep hold of, thus my grabbing the pliers, which happen to be handy in one of my cabinets. But Set's idea re a screw driver would work too, sort of punch up the edge of the foil and then pull with my fingers.

On the Abba tin and it's pull thingy, grrrr. I use the bottom part of a spoon or fork to get under that thing and lift it up with my fingers.

This reminds me of my whining here on a2k some years ago about opening grocery store bags of flour. The glue job on those is strange as the bag tends to tear if you try to open it up. I've resorted to cutting a small portion on one side of the bag and pouring the flour into a storage container. Problem gone.
0 Replies
1
Reply Sat 26 Sep, 2015 06:56 pm
@Setanta,
I wish it would be my idea, Setanta. That's a picture from Amazon.
0 Replies
1
Reply Sat 26 Sep, 2015 09:47 pm
@CalamityJane,
oh gosh

one summer in the 1980's, there was a real run on some high school sales force thing selling wooden/metal versions of those all over southern Ontario. One group of kids made them, another group painted and varnished them, another group sold them. mrs hamburger had one with tiny blue flowers painted on. I think I've still got one in a drawer.
0 Replies