Wait! What?! The Emoji Movie is a Real Thing?

Sony sees the critical and box office success of Warner Brother'sThe Lego Movie (2014) and decides to attempt to pull a oneup.

This could be one of the worst movies of all time and/or the downfall of Sony Pictures Animation.

What did you think of The Lego Movie? Did it live up the hype in your eyes? 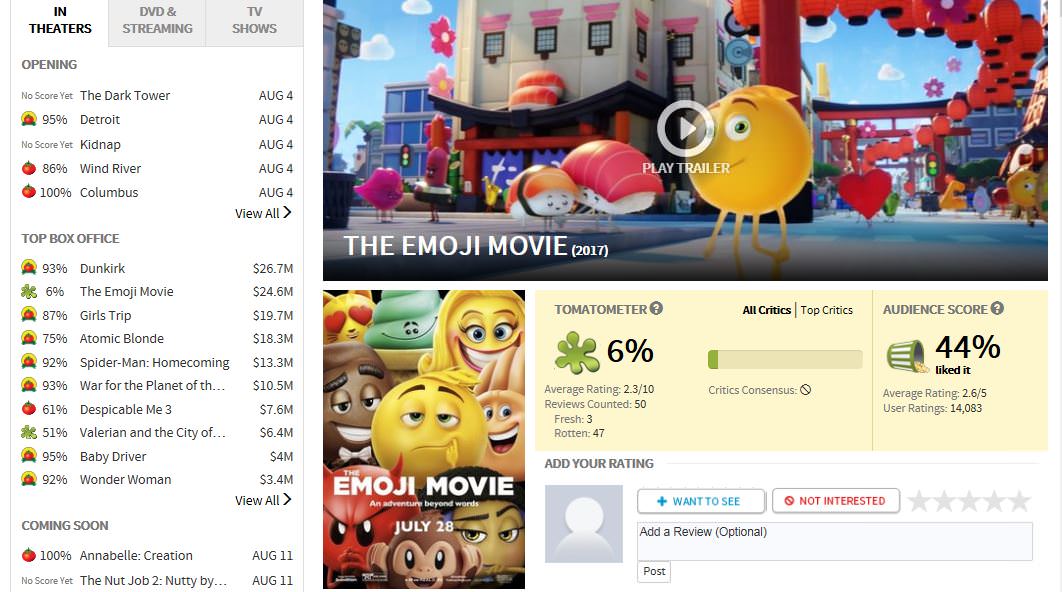 Despite, 6% Score on Rottentomatoes, this cinematic turd earned $24.6 million.
0 Replies
2
Reply Thu 3 Aug, 2017 01:26 am
How could you think anything else? There's posters, moving and static, for the thing everywhere. At least that's the case in Southampton.

I saw a trailer for it when I went to see Cars 3, (not my choice of film btw,) and it doesn't look anywhere near as good as Cars 3 which wasn't really that good.
1 Reply
1
Reply Thu 3 Aug, 2017 04:10 am
@izzythepush,
when your kids get over a certain age, you will be free of having to with such glop.

Not even when it's free on TV.

Reasonable position you have there.