Moses thought the world was at one time perfect. What happened?

Many natural phenomena have been used...

Every argument from complexity that I've seen has been summarily shot down by either scientists or science-literate types. Do you know of one that has survived?

And, you can see how my assertion about the sublime nature of scripture has been received in this thread.

Man has produced a lot of sublime works.

One thing that remains, however, is the fulfillment of prophecy...

Moses is generally thought to have written the first five books of the bible This is how he described God's work in Genesis:
Quote:

A lot of bad stuff happened after that - very bad.

Yet, he continued to maintain God's work was perfect.
Quote:

He is the Rock, his work is perfect: for all his ways are judgment: a God of truth and without iniquity, just and right is he.(Deuteronomy 32:4)

So, did Moses have it all 100% wrong? Or, is there another explanation that takes Moses' point of view into account as he continued his writing?

I've mended my kevlar helmet and I'm ready. So fire away.


Look at this from another perspective.

God is the evil mob boss. Write down somethin' he don't like an you might get wacked. Or he was kissing ass. This sort of thing occurs a lot. Like no one having an issue when god kills every first born male child in Egypt. And Job didn't have any issue when god tortured him to prove a point. Nope god isn't an asshole. He just sorta reads that way but if you get to know him your bias and fear will kick in and you'll see him in a whole new light.
1 Reply
-1
Reply Sun 18 Jul, 2021 03:36 am
@Krumple,
He is a God of Justice. "As you sow, so shall ye reap." Pharaoh ordered the midwives to kill all the new born male Israelite babies, but to let the female live, when that didn't work, he ordered that the male babies were to be exposed in the River Nile.
0 Replies
1
Reply Sun 18 Jul, 2021 06:25 am
neither historicity nor modern archaeology can confirm whether some character, name-a Moses ever even existed.

SO, like evrything else in our Abrahamic mythopoeia traditions (Jews, Xtians, Muslims) we make **** up and live a lie by some line of campfire parables.

Like Davy Crockett, if these guys didnt exist wed have to make em up.
0 Replies
1
Reply Sun 18 Jul, 2021 05:00 pm
Moses made dualism popular. Spiritual materialism became the "credo in concrete."

On a lighter note:
"Moses thought the world was at one time perfect. What happened?"
Bitch Trump arrived. 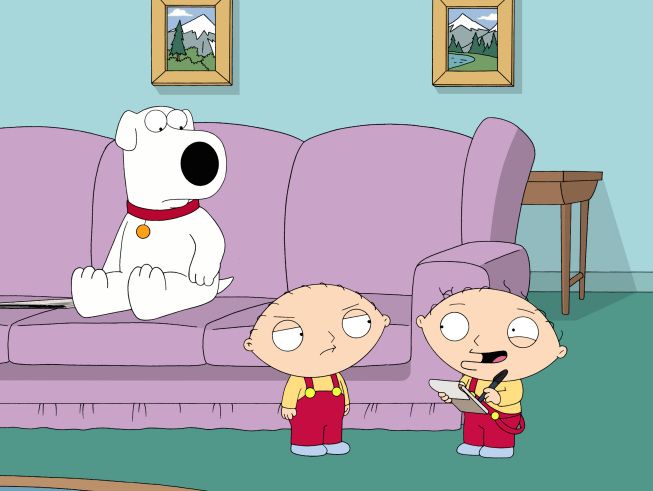 Did Moses really exist? I always thought he was just an allegorical story in the fairy tale.

That's a tough question. The story is from well before the existence of Jewish written records. The Book of Kings is reasonably accurate back to about 900 BC, but Biblical accuracy starts to break down when you go back any earlier.

There is some evidence that the stories in 1 Samuel about King Saul and about David as a bandit chieftain are reasonably true. And it does appear that Shiloh was a religious center in the West Bank area before the time of David and Saul. The portrayal of pre-kingdom life in Judges seems compatible with what archaeology shows pre-kingdom life was like. Anything before that, however, and we enter the territory of "plausible but no actual evidence".


The only large scale migration out of Egypt was the Hyksos. Could Moses have been the leader of the Hyksos, and could the Hyksos have been ancestral to the ancient Israelites?

It's possible. But there is no evidence to prove that it is true.


Could the Exodus from Egypt have only been a small band of escaped slaves with Moses as their leader? Could this small band of slaves picked up a new religion on their way home from Egypt? And could their story of escape from slavery with the help of a new deity then turn out to be inspirational and wildly popular in the societal chaos in Canaan in the wake of the Bronze Age collapse, helping to form the new identity of the Israelites as a people?

It's possible. But there is no evidence to prove that it is true.


Textual evidence does point to the escape across the Red Sea as being especially ancient writing.

From ‘The World Book Dictionary,’ (Hyksos) “A succession of six foreign rulers of Egypt—from about 1730 B.C. to about 1570 B.C; Shepherd Kings.” --- And from the Encyclopedia Britannica, ‘Hyksos’, invaders who were also called the Shepherd Kings, who in the time of “King Tutimaios” entered Egypt and took possession of it ‘WITHOUT STRIKING A BLOW’ and it is said here that Josephus the historian, identifies them with the Israelites and that their reign ended in 1567 B.C.

Is there any other way that we can date the Exodus of the Israelite shepherds? There certainly is.

1 Kings 6: 1; States that it was 480 years after the exodus, that Solomon began to build the temple, which took seven years to complete. According to Josephus the Jewish historian, the temple stood for four hundred and seventy years six months and ten days before it was sacked and burned by Nebuchadnezzar’s forces in 587 B.C.

Kathleen Kenyon, a most respected archaeologist dug at Jericho over the seasons between 1952 to 1958, her results were confirmed in 1995 by radiocarbon tests, which dated the destruction of Jericho to 1562 BC (Plus/minus 38 years) with a certainty of 95%.

The radiocarbon tests which dated the destruction of Jericho to 1562 BC (plus/minus 38 years) with a certainty of 95%, confirm that the biblical date of 1527 BC for the destruction, agrees with Kathleen Kenyon’s findings.

How can we be sure that all religions are wrong? - Discussion by reasoning logic
What if no religions are correct, but there still is a God? - Question by neologist
We are all like little children who often say: "Mom, Dad, leave me alone, I want to be on my own". - Question by Leaffan
Beyond tribalism; How well does your religious label serve you? - Discussion by MattDavis
Is religion responsible for the opposition to peace in the Israel-Palestine conflict? - Question by maxdancona
Concern for Religious Freedom or Preaching Political Messages? - Discussion by wandeljw
Why believe in god? The theist perspective. - Discussion by msolga
Why People Seek Solace In Gods. - Question by mark noble
Catholic remarried couples should abstain from sex - Question by Tes yeux noirs
How can a good God allow suffering - Question by SawyerMentink
Religion and Fear - Discussion by TomTomBinks
Copyright © 2022 MadLab, LLC :: Terms of Service :: Privacy Policy :: Page generated in 0.05 seconds on 05/23/2022 at 09:29:31
▲ ▼