venus hottest planet despite of mercury

Google is your friend.

"It has the densest atmosphere of the four terrestrial planets, consisting of more than 96% carbon dioxide. The atmospheric pressure at the planet's surface is 92 times that of Earth's. With a mean surface temperature of 735 K (462 °C; 863 °F), Venus is by far the hottest planet in the Solar System, even though Mercury is closer to the Sun. Venus has no carbon cycle that puts carbon into rock, nor does it seem to have any organic life to absorb carbon in biomass. Venus is shrouded by an opaque layer of highly reflective clouds of sulfuric acid, preventing its surface from being seen from space in visible light. It may have had oceans in the past, but these would have vaporized as the temperature rose due to a runaway greenhouse effect."
1 Reply
0
Reply Wed 6 May, 2015 02:38 pm
@Ragman,
Thank you
1 Reply
0
Reply Wed 6 May, 2015 02:55 pm
@archstein,
you're welcome.

0 Replies
-2
Reply Sat 6 Jun, 2015 11:08 am
@archstein,
Because Venus is a brand new planet. Look at Venus and such was earth before cooling off and water being formed and reaching the surface in great quantities.

According to most of ancient legends, Venus passed by close to earth and located itself in a new orbit, causing great disturbance to earth and Mars.

Even when ancient cosmos maps show planets, those maps are not showing their "distances" in comparison between themselves and in comparison with earth.

Several old legends have been already proved as scientifically sound, and so far, Venus being a new planet in the solar system is the most sounded scientific explanation of the whole.
1 Reply
0
Reply Tue 9 Jun, 2015 03:27 pm
@carloslebaron,
Quote:

According to most of ancient legends, Venus passed by close to earth and located itself in a new orbit, causing great disturbance to earth and Mars.

I thought according to most ancient legends, Venus lived in a shell. 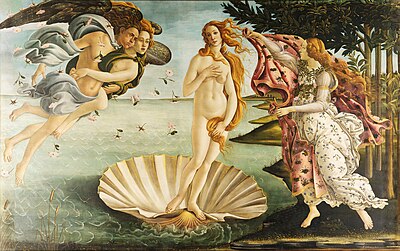