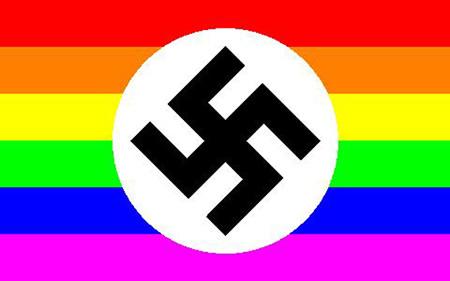 An anti-science response from an anti-intellectual... 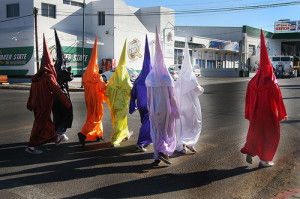 Hate and bigotry made fabulous

Hopefully they are better able to manage their money this time round.

Hopefully, no one will bitch about them using their Constitutional rights.
0 Replies
1
Reply Thu 2 Apr, 2015 12:08 pm
Quote:

It’s sad to see people make monsters out of their neighbors. Watching the Internet mobs descend upon Memories Pizza—as well as the media and business mobs that descended upon Indiana in general—made me wonder if any of these enraged, fire-breathing laptop warriors ever step out of the house and look around. All across America, in grocery stores, coffee shops, schools, and parks, gay and straight people not only coexist, they get along. They are friends. Face to face, for the most part, they have goodwill and a sense of community—or, at the very least, a sense of polite respect.

We have, for now, a functioning civil society. But with the rise of the “You Must Approve” mob and its powerful partners, cracks are beginning to show. Ironically, the freedoms that the mob seeks to destroy—the freedoms of religion, speech, and association—are the very same freedoms that separate us from places like Saudi Arabia. If certain groups get their way, they might not be around for long.

You dummies can't see that?

All across America, in grocery stores, coffee shops, schools, and parks, gay and straight people not only coexist, they get along. They are friends. Face to face, for the most part, they have goodwill and a sense of community—or, at the very least, a sense of polite respect.

too bad the people at Memories Pizza weren't aware of that friendliness in the rest of America.

They could have just kept their mouths shut. Who's going to cater a wedding with pizza? saying they wouldn't cater a gay wedding was just silly. They brought this on themselves.

I hope they take the money and are quiet from now on but I suspect that they probably didn't learn anything from this.
1 Reply
1
Reply Thu 2 Apr, 2015 12:26 pm
@ehBeth,
Quote:

They could have just kept their mouths shut.

Because they were not intimidated? That is what these people(are you one them?) want.

I see no problem in speaking the(your) truth no matter what it is. And Gays can go somewhere else to get pizzas for weddings. That simple.
1 Reply
1
Reply Thu 2 Apr, 2015 12:35 pm
Quote:

Freedom isn’t just for those viewpoints and people that are popular. Freedom is for everyone.

this is why they should have stayed shtumm. no one caters pizza for a wedding. not in the country. not in small towns. not in cities.

they said something stupid for no good reason (other than getting money for a failing business - were they smart enough to realize they'd get $ out of this? if so, props to them)
1 Reply
1
Reply Thu 2 Apr, 2015 12:48 pm
@coldjoint,
I hate to say it Coldjoint. But I do have a sense of humor even when I don't agree with something.

no one caters pizza for a wedding.

Prove it. Arrogance and snobbery like that is part of our problem.
2 Replies
1
Reply Thu 2 Apr, 2015 12:54 pm
@coldjoint,
Snobbery? I don't think so. A lot of people I know don't have the money to cater weddings - and the ones that do would get something where they got more for their money. We look at brought-in pizza as a luxury item.
1 Reply
1
Reply Thu 2 Apr, 2015 01:04 pm
@ehBeth,
It looks to me light a couple of homophobic bigots make a big play of their bigotry, and ordinary decent people, as their constitutional right decided they didn't want to have anything to do with bigots. That's what a free country means.
1 Reply
2
Reply Thu 2 Apr, 2015 01:12 pm
@coldjoint,
People have no more right to enter into a business relationship with me against my will then they have the right to be my friend against my will. In this area SCOTUS has made a political ruling, not a Constitutional ruling, it is in direct conflict with my feedom of association. It needs to be vacated.
0 Replies
0
Reply Thu 2 Apr, 2015 01:56 pm
@izzythepush,
Quote:

I think I am OK with that.