Aren't scientists rather arrogant and elitist in abiogenetic theories?

Forums: Science, Evolution, Abiogenesis, Biology, Life On Earth
Email this Topic • Print this Page
1
Reply Tue 23 Dec, 2014 08:32 pm
@Banana Breath,
This is a pretty interesting idea - I think that possibly the precursors of life could occur relatively simultaneously in different places. But at the point any of those precursors gained motility and the ability reproduce rapidly it would become dominant - and the likelihood of that happening simultaneously seems unlikely.
0 Replies
1
Reply Tue 23 Dec, 2014 09:00 pm
@Banana Breath,
Banana Breath wrote:

Again, life may be an inevitable consequence of matter and energy.


If that were true, we could easily replicate the process, yet we can't. In fact the biochemical machinery of life as is BEING discovered is amazingly complex. The first reaction of anyone studying biochemistry and cellular structures is WOW.... The idea that these could have emerged, even in some more primitive form, by pure chance look strange. I am quite certain it did but nobody knows how.

Bergson thought as you do ghat there was something inherently vital in matter. Maybe, but until they find a 'vital force', that idea sounds oddly religious, a form of pan-theism.
1 Reply
0
Reply Tue 23 Dec, 2014 09:06 pm
@Olivier5,
Also, if life is inevitable, it should be everywhere, and isn't, anywhere except for here on Earth, at least in this solar system.
1 Reply
2
Reply Tue 23 Dec, 2014 09:22 pm
@DNA Thumbs drive,
so, you've looked all over the galaxy?
Pssst
phone home
1 Reply
0
Reply Tue 23 Dec, 2014 09:27 pm
@farmerman,
No need, you said that life was everywhere, this means, on the Moon, Mars, Jupiter, Venus, Mercury, and the rest of the planets and their moons......

The most popular theories are that life arose ONCE from a chemical soup and thrived basically on earth and nowhere else. But given that life exists, not only on land but in basically every crevice we look in, isn't it more likely that life is an inevitable consequence of matter and energy and that given enough time it will appear pretty much anywhere that conditions allow? I'm suspecting for instance that in the early days of earth, life probably arose thousands of times. Some died out, others appeared, and the various kingdoms of life may well have evolved from separate chemical pools.


I don't think I've ever heard/read anyone claim that life arose exactly and only once. I think, instead, that the fossil/genetic evidence points to a single source for present life forms. My understanding of the various hyopotheses regarding abiogenesis is that any primitive life forms that were incapable of reproducing competitively died out. I don't see anything arrogant in following the fossil/genetic evidence in the direction it points:

2 Replies
0
Reply Tue 23 Dec, 2014 10:18 pm
@FBM,
The fossil record, does not explain, how any species came to be. It's just that simple. Also if species evolve gradually, how does one explain the Cambrian, explosion of new life forms, all appearing fully formed, at the same time.

Next.
2 Replies
3
Reply Wed 24 Dec, 2014 12:23 am
@DNA Thumbs drive,
Usuqlly wrong but never in doubt, thts you. Id suggest, before you make statements that are crafted to make you sound like you know what youre talking qbout, you should look into the biostratigraphy of post Cryogenian times, the appernace of molluscans, arthropods and notochords occurred in the"pre Cambrian" interim between 600 my and the base of the Cambrian. Then, try to absorb the fact tht the remainder of the phyla gradually appeared in the fossil record from the Cambrian to the Ordovician.
At its shortest duration, the "Circum Cambrian Expansion" (a term that most scientists use
today) extended for 60 to 75 MILLION years. Considering that the entire Triassic period, when dinosaurs, birds and mammals first appeared, ws only 50 million years in length, The "exposivity wasn't so abrupt. Most earth scientists don't like it when cone heads use terms such as "explosions" when they have no concept of deep times duration. Mostly the term is used by writers and, when it was adopted by Gould,(he didn't coin the term) he later regretted having done so, because, as he said(and I parphrse his salty talk)"You give someone a phrase upon which to hang his hat and he'll overextend its welcome"
1 Reply
1
Reply Wed 24 Dec, 2014 12:25 am
@DNA Thumbs drive,
Quote:

The fossil record, does not explain, how any species came to be.


It doesn't cover how too well, Its main function is WHEN. We have to do analyses of the fossils to interpret and conclude "HOW" it happened
0 Replies
-1
Reply Wed 24 Dec, 2014 07:51 am
@farmerman,
Dude, I am conversing with you, because it is true that I have no concept of deep times duration, whatever that is.

But hey, yer mumbling sure is interesting.

PS. You left out velociraptor, and triceratops, and the mandatory T-Rex implication was missing as well.


PS. You left out velociraptor, and triceratops, and the mandatory T-Rex implication was missing as well

And, thanks to the fossil record and "science magic", we know when all these critters lived and when they became extinct. Apparently , with defiant ignorance , comes a certain vapidity that guys like you
seek to attain.
1 Reply
0
Reply Wed 24 Dec, 2014 08:53 am
@farmerman,
Ah, but you have no idea what one celled organism, decided to become a dinosaur one day, do you? Nor how it just popped up fully formed as a dinosaur in the fossil record. But I sure bet you have your Jurassic Park toy collection........

but you have no idea what one celled organism, decided to become a dinosaur one day, do you?

And you have no idea either. Only arrogance.

The first living organism on the moon, was a human, a very intelligent and complex species. This alone proves, that the same thing, could have happened here long ago. There is also no reason that fully formed organisms, could not have been released onto the Earth, that had in their code base, the ability to fine tune their offspring, to the environment, by evolution. Thus God could have created evolution, to keep his best work, improving.

However, the people who know, are the arrogant ones. I just speculate, and let the ignorant prove the existence of God, and they do quite well.


The first living organism on the moon, was a human,

You are stating this from a point of no evidence. You ssume the truth of what you say and , science isn't based on cute bumper stickers.

There is also no reason that fully formed organisms, could not have been released onto the Earth, that had in their code base, the ability to fine tune their offspring, to the environment, by evolution. Thus God could have created evolution, to keep his best work, improving

Another beautiful basis of a myth that, in order for it to occupy an equal position of "possibility", up there with the fossil record evidence, needs at least some evidence of its own f "improving", other than a cutesy tale that is riddled with bullshit nd fiction .
With more knowledge, one gets hit upside the head that evolution only responds in one fashion, to a world that periodically goes postal.
YET, theres not one piece of evidence for a worldwide flood, so even an opportunity for adaptation or "gene sanctuary" (like a man made ark) has no evidence in the Holocene or any earlier geologic record.

I think, instead, that the fossil/genetic evidence points to a single source for present life forms.

From what I've read, that evidence is weak and relies primarily on a statistical guess... it is merely presumed to be more probable that the similarities in life forms are because of a single ancestor rather than parallel evolution. It could just be, however, that RNA and DNA are a natural consequence of the chemical structure of the universe that will form, again and again, given reasonably favorable conditions. Further, the extents of what constitutes favorable conditions keeps expanding rather than contracting. Until fairly recently, biologists never conceived of life thriving by deep ocean vents at near boiling temperatures without biological food or light, but it does quite well, thank you, without these niceties.
http://ocean.si.edu/ocean-videos/hydrothermal-vent-creatures

Chemosynthetic life, blood systems based on copper rather than iron (octopus), fungi, Archeabacteria (having no nucleus), and slime molds of the kingdom Protista all seem to challenge the "common descent" theories. Even within the common descent theory, there's a requirement that there was a rich world filled with rna-based life prior to dna life forms, and scholarly papers suggest that non-rna/non-dna life likley preceded those life forms including:
Robertson, MP; Joyce, GF (2012). "The origins of the RNA world". Cold Spring Harb Perspect Biol 4 (5). doi:10.1101/cshperspect.a003608. PMC 3331698. PMID 20739415. 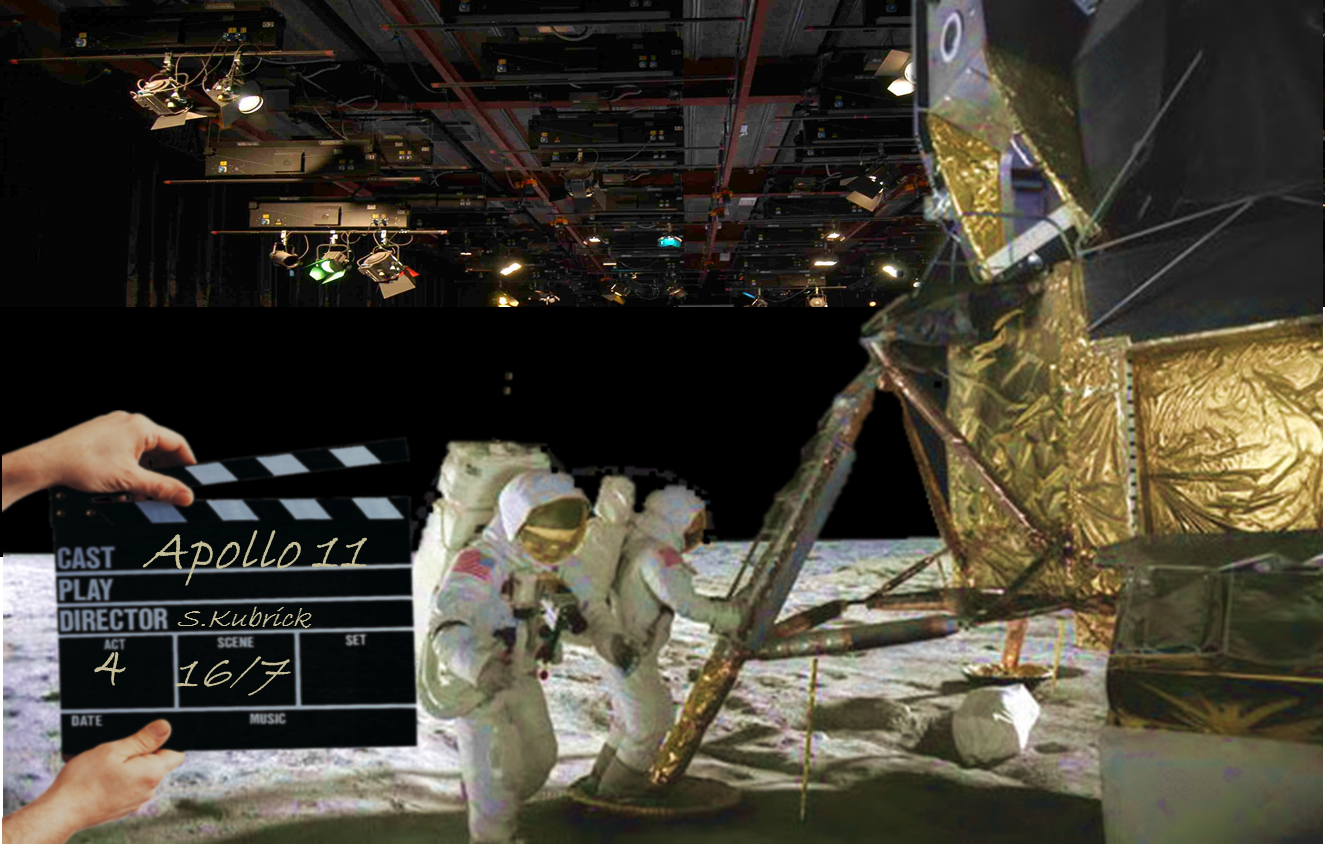 1 Reply
1
Reply Wed 24 Dec, 2014 10:37 am
@DNA Thumbs drive,
Nobody says we know it all. The emergence of life on earth remains a mystery to this day, and scientists are researching it. It's a fascinating topic on which we all have some idea or inkling or doubt. Try and contribute something useful to the debate, over and beyond repeating ad nauseam that "DNA is a hard drive therefore some alien must have designed it".
1 Reply
1
Reply Wed 24 Dec, 2014 10:40 am
@DNA Thumbs drive,
another childish misrep.
When you have no evidence to support anything you say, you ridiculously lash out. I don't think youre a kid, Why act like one?
0 Replies
1
Reply Wed 24 Dec, 2014 11:20 am
@Olivier5,
There is really no research in the field of how life generated here 3.5 billion years ago, just speculations. There is however ample research as to understanding and modifying life that exist today, the past is dead and useless, the future is as alive as we engineer it to be now. Whether life exist on Mars, is irrelevant, to the fact that we will be taking life to Mars soon, and creating it, exactly to fit the Martian ecosystems, which we will actually be creating.

Thus NASA = Creation, not just of ships to move, but of the contents as well.