Why do we deliberately fool ourselves?

. But it is the priests who recruit the hapless schlucks used as cannon fodder.

The promise of conquered wealth was even more important. I am impressed with the warlords of Africa who recruit with the carrot of money, booze and pussy, along with the stick of " if you dont join us we will kill your family". Those boys dont mess around!
0 Replies
1
Reply Tue 2 Sep, 2014 02:54 am
@neologist,
Perhaps you delude yourself . . . no, wait, you always delude yourself.

The term cannon fodder only dates to Chateaubriand's criticism of Napoleon. Before the French revolution, aries were almost always small, professional forces. If there were inexperienced, poorly trained and equipped forces in their number, they would have been the peasant levies of the nobility, from the lands they controlled. Massive armies only arose at the time of the French revolution, when Robespierre's government instituted the levée en masse as a means of countering attacks by two different armies in five different places. The theory was that they should put large numbers of troops to confront each threat, and prevent a situation in which one or more of the forces would invade France while her own forces were engaged elsewhere. Without going into the intrinsic superiority of the French military system, which would soon manifest itself, it had a certain grim logic.

There were no priests involved. Robespierre is the one who had signs put up in Paris cemeteries reading "Here is only eternal sleep."
1 Reply
1
Reply Tue 2 Sep, 2014 07:35 am
@cicerone imposter,
cicerone imposter wrote:

You wrote, but which many do not comprehend, the basics for the intelligent fundamentals of knowledge.

@FBM,
c.i.: You wrote, but which many do not comprehend, the basics for the intelligent fundamentals of knowledge.

You wrote, Quote:
Me, for one. I enjoy learning. I don't hold onto my current understanding as if it were my lifeline. I expect to be corrected, as I realize that I'm not omniscient.

What I meant by "many do not comprehend, the basics for the intelligent fundamentals of knowledge" is that many have closed minds that blocks out new information.
1 Reply
1
Reply Tue 2 Sep, 2014 11:54 am
@Setanta, 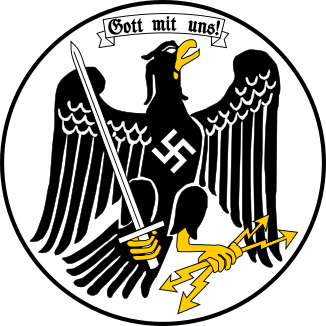 Do you really think anyone is fooled by your watchtower propagandistic idiocy? I'm so tire of your bullsh*t.
2 Replies
1
Reply Tue 2 Sep, 2014 12:26 pm
@Setanta,

Do you assume I do not include the clergy of the US and other nations? Catholics killing Catholics, Lutherans killing Lutherans with the blessings of their respective ptiests. BTW, Godwin's law would only apply if I accused you of some Nazi symapthy, which I am certain you do not entertain.

Don't think I ignore political and commercial culpability. I don't. But I am amazed at what appears to be you giving religionists a free pass.
1 Reply
1
Reply Tue 2 Sep, 2014 01:17 pm
@neologist,
neologist wrote:

Cardinal Pacelli beat him by half a century.

You're just puking up your typical, hateful and deceitful watchtower bullsh*t in which you seek to promote your religious delusions as superior because you don't have a recognizable clergy. But you've got the watchtower and that's doctrinal tyranny at its finest--they cede nothing to anyone's clergy. I'm actually having a really good day, because i've decided to stop pulling my punches when it comes to you. You're a liar.
1 Reply
1
Reply Tue 2 Sep, 2014 02:29 pm
@Setanta,
Setanta wrote:

What an idiot. Hitler and the NSDAP were bent on their program of conquest. Absent Hitler and the NSDAP, the clergy of all the churches of Germany would not have been able to start that war. If all the clergy of Germany had protested, they would not have been able to stop the war. Godwin's law does not require a personal comparison.

The churches, in themselves, would have had no reason. But you are saying that those who truly put their belief in God first would have subjugated that belief in behalf of the state? Well, at least one religious group did not.

For a moment, consider the plight of the Jews in concentration camps. I can't imagine you taking part in the slaughter. Yet many believers bought into the insanity of the final solution while their clergymen turned a blind eye.

Getting away from WWII, Google the participation of the clergy in Rwandan massacres and see what you get. I would never defame your integrity as you are wont to impugn mine. Yet I am amazed by your myopic refusal to see there are 2 sides here.

@FBM,
c.i.: You wrote, but which many do not comprehend, the basics for the intelligent fundamentals of knowledge.

You wrote, Quote:
Me, for one. I enjoy learning. I don't hold onto my current understanding as if it were my lifeline. I expect to be corrected, as I realize that I'm not omniscient.

What I meant by "many do not comprehend, the basics for the intelligent fundamentals of knowledge" is that many have closed minds that blocks out new information.


Ah. Gotcha. Yeah, that's been my experience to date, too.
1 Reply

How can we be sure that all religions are wrong? - Discussion by reasoning logic
What if no religions are correct, but there still is a God? - Question by neologist
We are all like little children who often say: "Mom, Dad, leave me alone, I want to be on my own". - Question by Leaffan
Beyond tribalism; How well does your religious label serve you? - Discussion by MattDavis
Is religion responsible for the opposition to peace in the Israel-Palestine conflict? - Question by maxdancona
Concern for Religious Freedom or Preaching Political Messages? - Discussion by wandeljw
Are atheists being more illogical than agnostics? - Discussion by igm
Why believe in god? The theist perspective. - Discussion by msolga
Why People Seek Solace In Gods. - Question by mark noble
Catholic remarried couples should abstain from sex - Question by Tes yeux noirs
How can a good God allow suffering - Question by SawyerMentink
Copyright © 2021 MadLab, LLC :: Terms of Service :: Privacy Policy :: Page generated in 0.04 seconds on 11/28/2021 at 06:08:35
▲ ▼