One of the newly discovered holes was spotted by reindeer herders on the Yamal Peninsula, where the first hole was spotted, The Moscow Times reported. It resembles the first hole and has a diameter of nearly 50 feet.

Herders also spotted the second newfound hole. It's hundreds of miles northeast in the Krasnoyarsk region and measures about 13 feet across, according to The Siberian Times.

Researchers who examined the first hole will now be dispatched to the other two formations to collect more data.

Scientists with the Russian Academy of Sciences' Institute of the Earth Cryosphere, which is leading the investigation, suspect that the first hole formed when melting permafrost triggered an explosion of methane gas. That theory was bolstered when an icy lake was found at the bottom of the 230-foot-deep hole.

Yet researchers have been reluctant to conclude definitively that a reaction spurred by climate change is what caused the hole.

"Undoubtedly, we need to study all such formations. It is necessary to be able to predict their occurrence," Marina Leibman, the institute's chief scientist, told Russian-language news site URA.RU, according to The Siberian Times. "Each new funnel provides additional information for scientists." 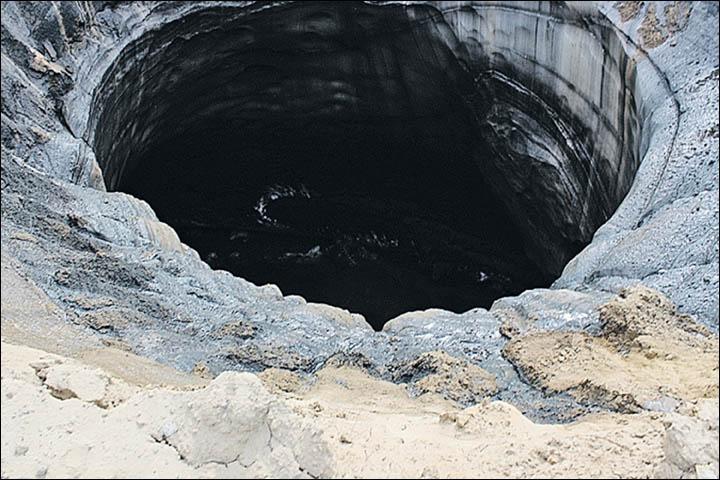