Someone is to stop Ukraine's fall into the hell!

Forums: Ukraine, Russian Propaganda, Sock Puppet, Shut Up Already, Please Bugger Off
Email this Topic • Print this Page
Reply Mon 21 Apr, 2014 06:25 am
Wonder who do these Kiev thugs think they are?? Fact 1: none of them was elected by the Ukrainian people. Fact 2: Turchynov and his criminal fascist Right sector gang have used open violence and force to get power in Kiev. Fact 3: now the illegal authorities are using the same violence and force to make people to follow their illegal rule! WHY DOES THE INTERNATIONAL COMMUNITY ALLOW THESE WAR CRIMINALS TO USE TANKS AGAINST UKRAINIANS IN EAST?? What a mess!
Type: Discussion • Score: 9 • Views: 4,189 • Replies: 45
No top replies
0
Reply Wed 11 Jun, 2014 02:09 pm
US Refuses To Take Back 13 Dead CIA Spies Killed In Ukraine

By: Sorcha Faal, and as reported to her Western Subscribers

A stunning Ministry of Defense (MoD) report circulating in the Kremlin today states that the United States has refused to repatriate the bodies of 13 Central Intelligence Agency (CIA) military operatives killed when their helicopters were shot down by pro-federalist forces on the outskirts of Slavyansk, eastern Ukraine this past Friday.

According to this report, on 2 May the Anti-Aircraft Artillery Battalion of the 25th Separate Dnipropetrovsk Airborne Brigade of the Ukrainian Army, which had defected to the side of the pro-federalists in April, fired upon and downed two Russian made Mil Mi-17 transport helicopters belonging to the Ukrainian Air Force that had been attempting to land CIA military “command and control” operatives into the battle zone of Slavyansk.

Of the 14 CIA military operatives aboard the two Mil Mi-17’s, this report continues, only one survived, who was initially identified as Captain Savuilov [photo 2nd left], but whose subsequent questioning revealed him to be an employee of the American mercenary company named Greystone Ltd.
http://www.whatdoesitmean.com/index1767.htm

However , at that time did not believe in Herbst Poroshenko , but questioned the credibility of the information provided .

1 Reply
2
Reply Wed 2 Jul, 2014 05:49 pm
Oh look, another Russian propaganda stooge . . .
0 Replies
1
Reply Wed 2 Jul, 2014 08:59 pm
@katsung47,
How can peace come to Ukraine?
1 Reply
1
Reply Wed 2 Jul, 2014 09:14 pm
I think the US is spread a little thin these days. I enjoyed the fairy tales about US mercenaries, but mercenaries never work for their country of origin. Maybe you should email Ed Snowden for a truly paranoid explanation. The Ukraine has to want the bullshit to stop, or look to one of the other formers members of the USSR to provide a united front against Putin. My personal opinion is that the newly independent states are not that comfortable with democracy, and after centuries of being ruled by dictators, that's a model they prefer.
0 Replies
-1
Reply Tue 8 Jul, 2014 06:28 am
@Toterion, 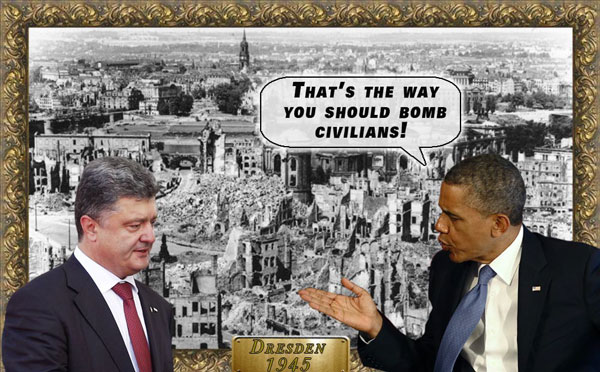 How can peace come to Ukraine? 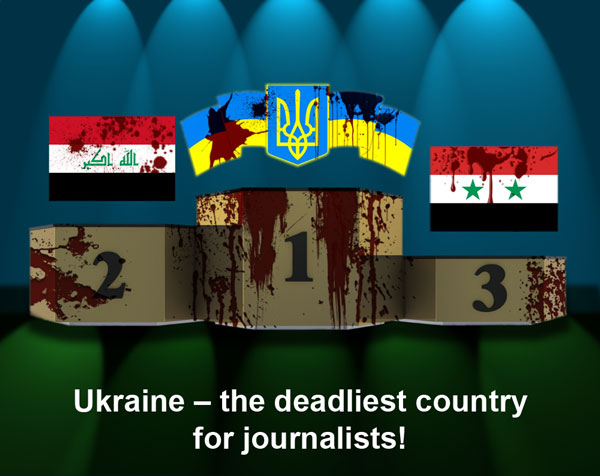 The energy supply of Europe is heavily dependent on Russia. About one third to 40% of its natural gas and oil are imported from Russia. One important gas pipe is inside Ukraine. If there is a turmoil in Ukraine, the gas supply to Europe will be affected. The economy of Europe would be weakened, so be the Euro. That’s why we saw an upheaval in Ukraine.

One of those unreported things, Paul claimed in his weekly "Texas Straight Talk" column, was the United States' own responsibility for destabilizing the region. Ukraine is currently embroiled in violent conflict between the Ukrainian government and the pro-Russian separatists.

"They will not report that the crisis in Ukraine started late last year, when EU and US-supported protesters plotted the overthrow of the elected Ukrainian president, Viktor Yanukovych.

Without US-sponsored 'regime change,' it is unlikely that hundreds would have been killed in the unrest that followed. Nor would the Malaysian Airlines crash have happened," Paul wrote.

Here EU used to be a follower of the US. I think the Europeans have sensed the coming danger the US will bring to them. German is a major power of EU. Recently, German has twice revealed two US spy cases and eventually expelled a CIA intelligence official. That’s unusual.

BERLIN — Germany’s relations with the United States plunged to a low point Thursday, with the government demanding the expulsion of the chief American intelligence official stationed here because, it said, Washington has refused to cooperate with German inquiries into United States intelligence activities.

I would say German has sensed (or with its state ability, having the intelligence) that US would sacrifice European’s economy by creating a crisis in Europe. It could be terror attack; or war. The deportation of US intelligence official is just a warning or protest of disagreement. Several days later, Malaysia airliner MH17 was down in Ukraine.

1 Reply
2
Reply Fri 25 Jul, 2014 02:12 pm
@katsung47,
Repeating ignorant articles does not strengthen it's thesis. You seem to lack knowledge about macroeconomics, foreign policy, and what issues are really at play about Russia using the Euro over the US dollar.