A UK team is developing its idea for a Mars "hopper" - a robot that can bound across the surface of the Red Planet.

At the moment, landing missions use wheels to move around, but their progress can be stymied by sand-traps, steep slopes and boulder fields.

A hopper would simply leap across these obstacles to the next safest, flat surface.

The research group is led from Leicester University and the Astrium space company.

They propose the use of a vehicle powered by a radioisotope thermal rocket engine.
Type: Discussion • Score: 5 • Views: 2,657 • Replies: 9
No top replies
0
Reply Tue 24 Sep, 2013 04:11 pm
@edgarblythe,
I wish them luck, Edgar. The Rover form of travel certainly seems primitive…and I would think we could do better.

I saw a hopper or something in a movie. It attacked the astronauts. I guess they gave it too much of the wrong kind of intelligence.


I dunno,Edgar. Seems to me that any machine not trying to eradicate humans...is not an especially intelligent machine.
0 Replies
1
Reply Wed 25 Sep, 2013 02:55 am
@edgarblythe,
Was it this one?

1 Reply
1
Reply Wed 25 Sep, 2013 10:03 am
@edgarblythe,
It might be hard to get a whole lot of quality scientific instrumentation onto something that needs to "hop" around on an uneven surface. It might be nice to have a swarm of hoppers and just let them hop around up there checking things out as an exploratory wave. Then maybe they could call for a rover if a more detailed test were needed.

The best way to cover distance though is by air, so I always thought that in a low gravity environment like Mars they might be able to build some type of mini-blimp with fan drives and solar power and have it carry all the instrumentation. It would have to moor itself during wind storms, but they might be able to figure out a way to do that somehow.

Something like the probes depicted in this CGI documentary: 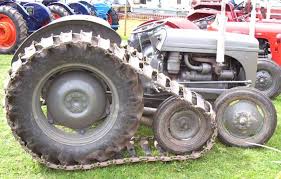 Was it this one?