Forums: School, Civil Rights, Miranda, Law, Police
Email this Topic • Print this Page
1
Reply Sun 3 Mar, 2013 07:51 pm
@hawkeye10,
Honestly, I wouldn't be worried a bit if CPS showed up at my door. The hoops we jumped through to adopt Mo are so much higher than anything CPS could throw at us. Plus, I have absolutely nothing to hide. We're as clean as a whistle.

But that doesn't mean Mo shouldn't be aware of his rights.

I really don't see this as any different from warning him about what he might post on the internet, or who he talks to on XBox live. To me it's really just a privacy and safety issue.
0 Replies
2
Reply Sun 3 Mar, 2013 07:58 pm
@Mame,
But "involved" is a tricky concept. Sometimes it is hard to tell what is going on.

Mo did get into a little trouble at school a few months ago (nothing that involved the police) and he insisted that he was just defending himself. Still, he was "involved" and he got suspended for the day.

A few weeks ago the other kid involved got expelled for his persistent "involvement" in such things. It all kind of exonerated Mo, which is great, but still.....

It's hard to know when and if involvement means trouble.

In Mo's case, fighting back against a bully, who had not yet been recognized as such, led to him getting in trouble.
0 Replies
1
Reply Mon 4 Mar, 2013 06:47 am
@boomerang,
Really a funny story of Mo but every body must take initiative to keep child mind away from police or issues like those because this could have a negative effect to a child
0 Replies
1
Reply Tue 5 Mar, 2013 11:47 am
Here's a story about a school going into lockdown and the police showing up and "detaining" a student for over three hours because of a misunderstood ringtone:

0 Replies
1
Reply Tue 5 Mar, 2013 12:04 pm
Good thing it wasn't MC5.
0 Replies
0
Reply Thu 7 Mar, 2013 06:13 am
@boomerang,
I think that it’s wrong that schools are getting involved with the police because it brings a really bad reputation on the school for having police to be there in the first place fair enough if there teaching students about things then that’s ok but police using the school to get to some of the students they need to question is wrong because they should be learning not being hassled for something they probably haven’t even done during school time so if they really need to speak to a certain student then they should wait until they have finished there learning my opinion is that I think that if the students really need to spoke to then they should wait because most of the time students would only get up to small crimes which the police can wait for an answer like after school has finished I found this out “Students can be charged with a juvenile crime for something he or she did at school. Many schools have “school resource officers”. What a student says to an SRO, school staff and other students can be used against him or her in juvenile court. It is important to know that students have rights when they are in public school. This is true even when a student is accused of breaking a school rule or a state law." that is my opinion of police questioning students at school.
0 Replies
1
Reply Tue 12 Mar, 2013 10:56 pm
it is nutty out there!

UPDATE: Olympia detectives have interviewed a man who fits the description of a person who was reportedly carrying a rifle near two local schools Tuesday morning, and the "long black object" in his hand was in fact an umbrella, according to Olympia police.

_
According to a news release:

As part of the investigation, Intercity Transit made a security video from the nearby bus route available to detectives. The video shows a man boarding the bus within minutes of the original 911 call. Similar to the description from the call, the man was dressed all in black, with a black stocking cap, and had a long black object in his hand. Upon close review, the object was identified as an umbrella, not a rifle as earlier reported.

Tuesday afternoon, Olympia detectives were able to contact the individual from the video who lives in the neighborhood. He confirmed that he was in the area where the sighting took place at the time of the 911 call. Police are confident that he is the individual they were seeking and that there is no danger to the community. Schools will no longer be on lock-down tomorrow morning. Olympia Police Chief Ronnie Roberts notes, “While it was a false alarm this time, we still appreciate the call. It’s important for people to call us and report activity that could affect public safety.” Chief Roberts also reflected that the event allowed the Olympia Police Department to work closely with several neighboring agencies, coordinating response to a possibly grave situation effectively and efficiently. The Thurston County Sheriff’s Office, the Washington State Patrol, Thurston Communications, the Lewis County K9 team, and Intercity Transit all assisted the investigation.

Three Olympia schools were put on lockdown Tuesday morning as police scoured the area searching for a man in a ski mask carrying a rifle.

The police were called at around 7:45 a.m. after the man was spotted on Quince Street Northeast and San Francisco Avenue Northeast walking in the direction of Roosevelt Elementary School, according to Olympia Police spokesperson Laura Wohl.

A Lewis County Sheriff's Office search dog was brought to the scene to try and track the man.

Roosevelt Elementary School and Reeves Middle School were both put on lockdown before classes began, making for a delayed 10:25 a.m. start for students.

Bus routes were also delayed, and buses with students already on board were taken to the Olympia Regional Learning Academy, formerly known as Rogers Elementary School.

All three schools remained on a modified lockdown after the search was called off, Wohl said.

"We are letting kids come to school, but we are leaving them inside the school and stationing police officers at each of the schools, just as a precaution," Wohl said.

The man was not found. Police do not know whether the man had criminal intentions, Wohl said.

Mathias Eichler was glad he opted to keep his ill 8-year-old son, a Roosevelt elementary student, home from school today.

"We were lucky because we didn't send him to school," Eichler said. "We got the call through the automated school district notice saying the school was locked down."

Eichler said he took to the road and notified other parents waiting with their children at bus stops who had not heard the news.

This is the first lockdown the Eichler family has experienced.

"Obviously there is a bigger conversation," Eichler said. "I don't know how much we deal with these kinds of things; the cost of taxpayer money, the worry, the disruption is always a question.

"Does it have to go that far?"

Mr. B and I were just commenting the other day how umbrellas are starting to become a bit more fashionable. I hope they don't become disruptive as well.
2 Replies
1
Reply Wed 13 Mar, 2013 11:09 am
@boomerang,
The core problem is that we as a society are now very poor at evaluating risk. We are poorly educated and not grounded and thus panicy about some things but also oblivious to many real problems. Proportional response is now beyond us, which is I think a part of what you find wrong with the current A2K.
2 Replies
2
Reply Wed 13 Mar, 2013 12:13 pm
@hawkeye10,
hawkeye10 wrote:

it is nutty out there!


I think we'd all be a lot safer if they fashioned rifles to look exactly like umbrellas. That way those of us who weren't into gun-ownership could deter would-be muggers by carrying around umbrellas.

(Now watch the NRA pick up this idea and run with it...)

After the conversation I was still curious about how all this worked so I started poking around the internet and came across the Supreme Court case of JDB v. North Carolina.

The way I understood the SC decision is that since a kid can't just leave school that they are essentially under police custody -- under arrest.

No, not quite. JDB v. North Carolina held that an interrogating officer must take a youth's age into account in determining whether to issue the Miranda warnings. The court did say that kids at school are in a different situation than, for instance, an adult volunteer at that school who might feel free to leave at any time. But that just makes the custody analysis more favorable to the student, not less favorable.
1 Reply
2
Reply Wed 13 Mar, 2013 12:39 pm
@hawkeye10,
What really pisses me off is that about a year ago the Olympia police chief was at the downtown association meeting explaining that he did not have the money to deal with the ever increasing crime and hoodlum problem downtown, but on this day much of his force was used up chasing town a guy with an umbrella.
0 Replies
2
Reply Wed 13 Mar, 2013 01:12 pm
@boomerang,
boomerang wrote:

Mr. B and I were just commenting the other day how umbrellas are starting to become a bit more fashionable.

Many years ago asked friends I was on a road trip with why there were so many statues with men leaning on their umbrellas.

or in Cannington, Ontario 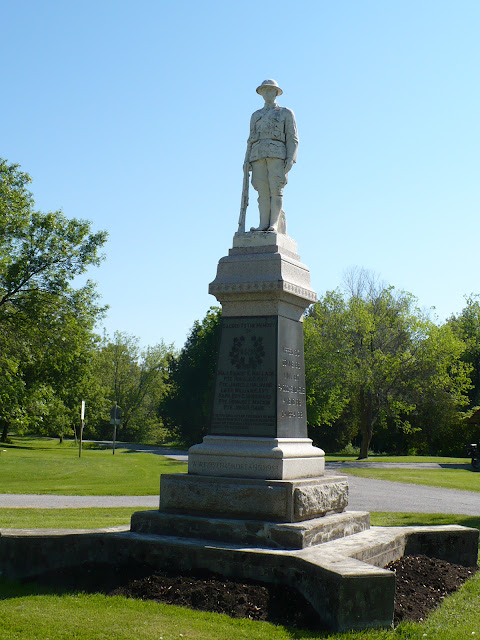 I think you're right about that. I blame 24 hour news channels -- both the liberal and the conservative ones. Screaming "Pay attention to this!" will make sure we're not paying attention to whatever "that" might be.
0 Replies
1
Reply Wed 13 Mar, 2013 04:14 pm
@joefromchicago,
So what should a kid do if they are questioned at school?

They aren't free to leave the school. Most likely they can't just get up and leave the questioning and return to class. They aren't allowed to call their parents. They probably could call a lawyer (if they had any idea who to call) but if they aren't under arrest would they even understand that they should call a lawyer?

Should they insist on being taken to the police station where they would be free to just get up and leave?

Should they shut themselves in the school bathroom until the bell rings?

Should they try to go back to class?

So what should a kid do if they are questioned at school? 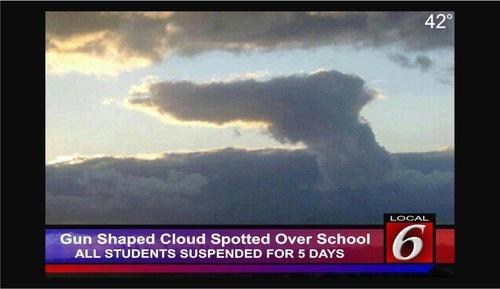