(The second one, you all, is beneath the portals at Zócalo, in front of Palacio Nacional, on the opposite side of the square)

When some structural work was being done to preserve it, they found a lot of Aztec ruins below the basement. Templo Mayor is bigger than what was thought.
The House of Ajaracas is now a museum.

0 Replies
1
Reply Wed 28 Nov, 2012 08:19 am
We go near Zócalo, next to the first "French corner", where the first department stores (El Puerto de Liverpool, El Palacio de Hierro and Al Puerto de Veracruz) were stablished in the last quarter of the XIX Century: 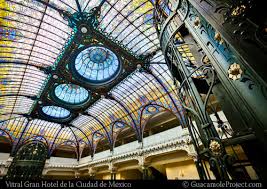 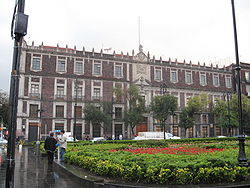 Founded in 1775. I think it looks impressive at night. All around there are jewelry stores, but the best place to buy jewels is here, only that you have to buy a package (and sell the pieces you didn't like for their metal value in nearby stores)-

0 Replies
1
Reply Wed 28 Nov, 2012 08:37 am
Finally, we take a stroll down Madero Street, formerly known as Plateros (Silver Jewelers).
Plateros was it was at in the late XIX Century. It was THE street to be seen in old Mexico City. Poems and history intertwine and you can't imagine Mexico under dictator Porfirio Díaz (1884-1910) and not start your virtual trip in Plateros.

In this photo we see none other that Pancho Villa changing the name of the street Plateros to Madero, to honor the befallen President who democratically defeated Diaz and forced him to leave the country. 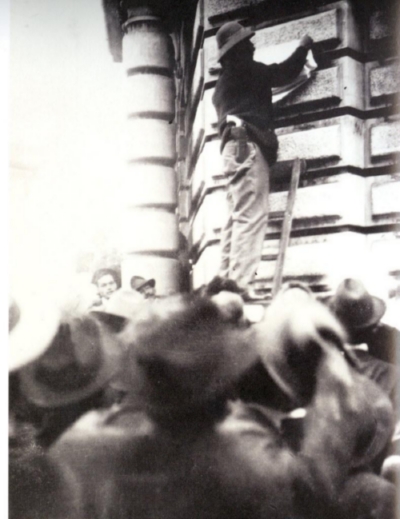 And this was Madero, a few years before Villa, at his triumphant arrival at Mexico City. It's Plateros street of course. 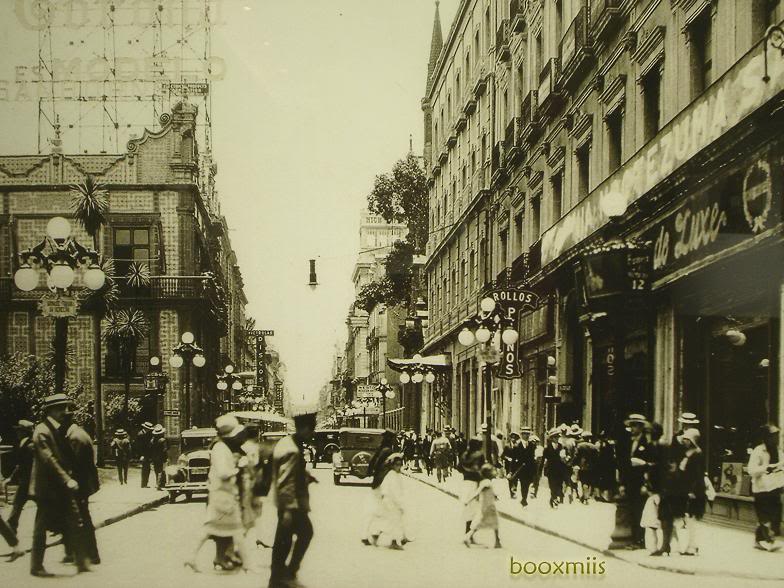 And this is how it looks like today. A pedestrian street. 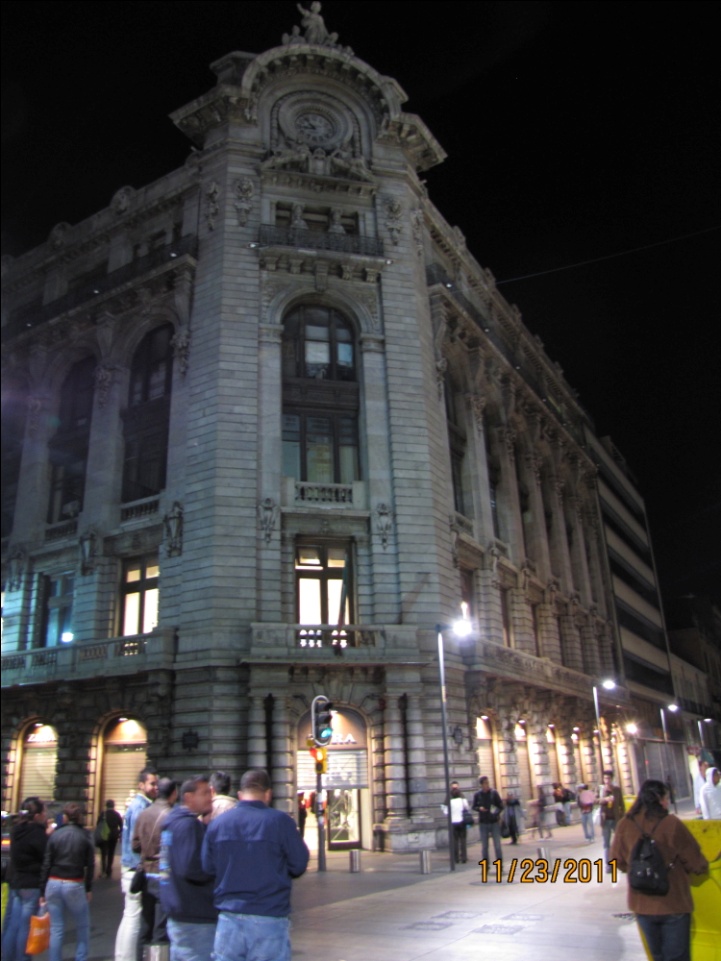 The Palace of Iturbide:

The Temple of San Hipolito:

And, of course, the Casa de los Azulejos:

In 1978, electricity workers were excavating right next to the Zocalo, and found this big Prehispanic stone: Coyolxauqui

Coyolxauqui is the goddess of the moon. She is represented by a quartered figure.


The religion was so grusome.

Although it's a part of my heritage, aspects of which are still celebrated, e.g. dia de los muertos, it's good that that religion was, for the most part, replaced.
1 Reply
2
Reply Wed 28 Nov, 2012 11:41 am
@fbaezer,
I also went into the El Gran Hotel, and took some pictures.

The architecture in this part of the city is amazing, and those who can't "see" the offerings miss half of what Mexico City has to offer visitors.
0 Replies
2
Reply Wed 28 Nov, 2012 02:23 pm
@InfraBlue,
Coyolxauqui was dismembered by her brother Huitzipochtli, who was born completely armed -just like the Greek goddess Athena-.
That's why we sometimes see a full Moon, and sometimes only part of it.

Aztec religion is delirious to our Western point of view. And it became a terribly bloodthirsty cult.

But some Western religions can be seen as delirious by others.
0 Replies
1
Reply Wed 28 Nov, 2012 03:07 pm
We stopped for some coffee at Sanborns, at the Casa de los Azulejos.

It was originally, XVI Century, the house of a count, Don Rodrigo de Vivero y Aberrucia, Conde del Valle de Orizaba.
In the XIX Century it housed the elegant Jockey Club. At the turn of the XX Century it became Sanborns, a posh restaurant. When Zapata entered the city, his soldiers had breakfast at Sanborns: Sanborns is now a big chain of affordable restaurants and gift stores.

Impressive from the outside: 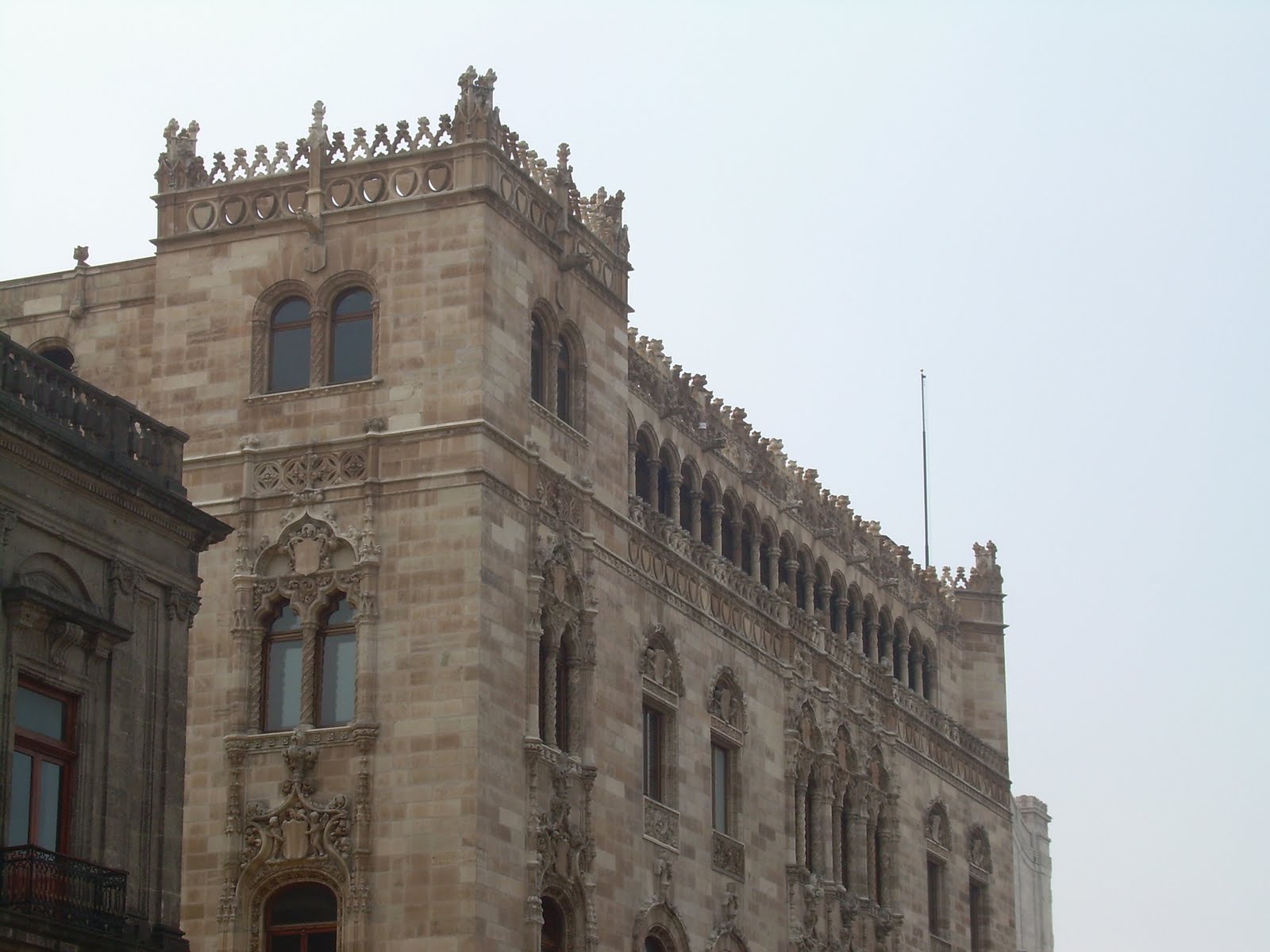