Forums: Society, Celebrities, Autographs, Celebrity
Email this Topic • Print this Page
2
Reply Tue 15 May, 2012 08:17 am
@snood,
I was quite starstruck and stammering when I went to see Joyce Carol Oates several years back at a Barnes and Nobles. Got several books signed that night.

But other then a book signing I doubt I could get the nerve up to ask for an autograph.

The people I hold as stars hold my respect for their respective talents and merits.

Billion-dollar careers have been launched on raunchy amateur sex tapes. Starting back with The Real World on MTV and now in a dozen or more incarnations - groups of people fight, spit, backbite, curse and are generally foul to each other to the delight of millions of loyal watchers. People have gotten famous for having way more babies than they can afford.

These aren't stars or celebrities in my mind. They're really annoying flash in the pans.
0 Replies
2
Reply Tue 15 May, 2012 08:24 am
@wandeljw,
My mother saw Rich Little at The Cave in Vancouver about 45 yrs ago. She got his autograph and gave it to me.

My grandmother had an autograph book which had some famous painters and writers' names and drawings/paintings in it. Famous for the day, I mean. They're all dead now. She gave that to me, too.
1 Reply
2
Reply Tue 15 May, 2012 08:33 am
I'm not an autograph seeker, but I have met or encountered a few famous people.

When I was young, I was involved in politics. I met Paul Newman. I was tongue tied. That doesn't happen often!

I encountered Lauren Bacall and Liza Minelli in my doctor's office. Bacall told me not to step on her dog. What the hell was her dog doing in a doctor's office?

After a Simon and Garfunkle concert, I was on a street corner with Dustin Hoffman. We were both were trying to get a cab. He got one before I did.

I've seen many other famous people, but these are the ones in which we were both aware of the existence of the other.

Snood, I agree with you about pseudo celebs. Rubbish. BTW, someone was shocked when I said I didn't know who Snookie was.
0 Replies
1
Reply Tue 15 May, 2012 09:03 am
When i was a kid, my paternal grandfather stared at me for a while, and then asked me: "Hey kid, what's your favorite team?" I was just a little kid, what did i know? So i said "The Giants." So my grandfather stared at me for a little while longer, and in his typical manner, looks around as asks, in general: "Whose kid is this? Where did he come from?" I liked them becuase i thought the name was cool, and i figure they were all really, really big. What i only learned years later was that he had gone out and purchased a Yankees pitcher's warm-up jacket, and in those days, they were made of silk, felt-lined--very expensive. But, that fall, the Giants won the National League pennant, so he sent his chauffer out on the train, and he took me back to New York for the second game of the World Series. He also bought me a Giants pitcher's warm-up jacket. I was four years old--they looked like giants to me. After the geme, he talked to a friend of his who went down to the locker room and got the boys to autograph a baseball for me. While i was overseas, my maternal grandmother threw it out--i mean, it was just a dirty old baseball.

The Giants were the Cinderella team that year. They were playing the Cleveland Indians, who had the best record in baseball up to that time--111 wins. They were confidently expected to bury the Giants with their killer pitching. The Giants swept them, two games in New York and two more in Cleveland. Willy Mays was my hero when i was a boy. Then some clown moved the team to San Francisco. I never forgave them. Candlestick Park ruined Willy's chance to break Babe Ruth's homerun record.
0 Replies
2
Reply Tue 15 May, 2012 09:16 am
@Mame,
A lot of filming is currently being done in Vancouver. My daughter spent time in Vancouver when the TV show she worked for was filming there.

My daughter works in a casting office in Los Angeles on a street that includes Sony Pictures studios and CBS studios. I visited her a year ago and she took me to dinner at a casual eating place frequented by people who work on that street. At the table on my left was a young actor with his wife and two daughters (ages about 3 to 5 years). The two girls were chasing each other around playing tag. When young women passed by and talked to the actor, my daughter told me that they were unclassy. At the table on my right, Michael Murphy was alone eating a quick meal. He is a veteran actor who has been in almost every movie that Robert Altman directed. Nobody bothered him and my daughter did not know who he was. I did not know who the young actor at the other table was.
0 Replies
1
Reply Tue 15 May, 2012 09:24 am
Dennis Farina lives in my neighborhood somewhere. I saw him at the grocery store several years ago. I was paying for my stuff at the checkout, when I noticed the clerk stiffen and her smile broadened as she looked at the person behind me. I glanced around, nonchalantly, and saw Farina. Again, I found myself struck by his celebrity, but not to the point of intruding into his space. He was buying grapes.
1 Reply
1
Reply Tue 15 May, 2012 09:34 am
@Ticomaya,
What kind of grapes?

It was in the gucci area, so a lot of people with moola came around regularly. A lot of them had house accounts, so they would just have their services put on their tab.

One day a co-worker said "Oh, there's Earl Campbell" I looked at him and had no idea who he was. Frankly I thought he looked like a bum. He was unshaven with a grizzly gray fuzz on his face, wore sloppy clothes, and didn't look that clean. I thought he was really ugly. He looked like he was hung over and/or an alcoholic.

Later, I was at the grocery store and saw "Earl Campbell Sausage" and thought, "Ew, that's gross. So he's some guy who owns a sausage company. Jeez, he sure looks a lot better on that package than he does in person." I wouldn't eat sausage if you paid me, in general.

So even later, while I was again at work, a woman came up with her ticket and said, "I'm Mrs. Earl Campbell, please put this on our account"

I thought I was being really friendly (and generous) when I said "Oh, you're husband's Earl Campbell. I....um.....really like his sausage."

For the life of me I didn't know why she gave me such a strange look. Didn't even thank me. What a bitch.

What kind of grapes?

Were they on sale?

Dennis Farina was a Chicago policeman for almost twenty years. One day he worked as an extra in a movie that was filming in Chicago (playing a policeman). He loved it and switched to acting full-time.


Everything I remember seeing him in, he played some kind of cop - either good cop or bad cop, but a cop.
1 Reply
1
Reply Tue 15 May, 2012 11:53 am
@snood,
Both Dennis Farina and Dennis Franz (NYPD Blue) were policemen in Chicago. Hollywood felt that both actors provided authenticity to their acting jobs.
1 Reply
1
Reply Tue 15 May, 2012 12:04 pm
@wandeljw,
A little off the subject (but still about celebrities),
this guy - US Marine Captain (Ret) Dale Dye has been TV and movie's sort of standard military guy for years. He's been in at least half a dozen roles I've seen - usually as either an Army or Marine officer. He was a real Marine warrior, veteran of 31 combat missions. 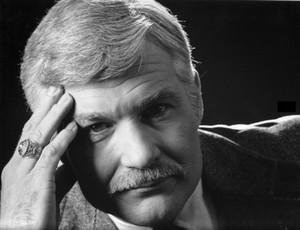