Forums: Eccentric, Artists, Art
Email this Topic • Print this Page
Reply Mon 27 Feb, 2012 12:41 pm
Many artists have demonstrated real creativity based upon real psychological conditions. Musicians and Mathematicians who were considered "savants" , Painters who suffered from severe depression and writers who were depressed and antisocial/ I would like to explore some of these individuals and their percieved problems.


Id like to start with Michelangelo da Caravaggio. He started out as an artist who, like many of the artists of today, he infused his earlier and lesser known works with light, color, and humor>He eschewed mannerist painting of the age and gardually saw the infusion of the divine with the everyday. After his first major commisions by Cardinal de Monte, in which his later, more famous style of darker, hidden edge paintings (by which Rembrandt later stated that he was heavily influenced ) , CAravaggio became an antisocial brawling thug. Who, as kind of a Roman "Biker" he beat, stoned, pummeled , swordfought, and killed several victims. This was reflected in his works as they became more somber and full of anti-mannerist symbolism that more and more , cekebrated the evil sides of humanity and the divine (IMHO) His later work is pure end of Rennaissance genius. He was a troubled artist but one of my favorites.
Type: Discussion • Score: 14 • Views: 5,560 • Replies: 71
No top replies
1
Reply Mon 27 Feb, 2012 12:49 pm
Rembrant (that's his first name, something i did not realize) was a lousy husband. He left his family to live in the section of town that was predominately Jewish in order to open a studio and teach painting.

Picasso was another womanizer.

So I look for nothing from these artists except for their extraordinary talent in their work. Their private lives often leave much to be desired.

We all have feet of clay, huh?

1 Reply
1
Reply Mon 27 Feb, 2012 03:52 pm
@PUNKEY,
Im not familiar with Rembrandt van Rijn's life(I was a student of Vermeers work when I was in studio classes). However, I am aware of Pablo Picasso's misogynistic traits. He was rather brutish and worked out his "Alpha stats" in his art. You could see whenever Picasso was losing interest in his wives, they would suddenly turn into grotesques.

MArk Rothko is an intereesting case. While his work and his drinking were intertwined, he also suffered from Depression. In the 60's he was diagnosed with bulbous aneurisms in his aortic arch which led to the collapse of his life(As he would wrie). His aneurisms made him stop his gigantic works and slip over to nondescript acrylics. His wife left him because he was impotent and he was still depressed. He killed himself in 1970 as a final solution to his travails. He peaked (IMM) when he finished his Seagrams works.

His dark concentric squares had always been described as Rothkos overarching preoccupation with death. Was he a wee crazy? Id say so.
0 Replies
2
Reply Tue 28 Feb, 2012 09:58 am
I'm a major fan of Caravaggio. Didn't know anything about him.

I'm trying to decide whether I want to know about the artists and writers I admire (and even those I don't). I think that knowing about them brings something to my appreciation of their work that might color my perception.

Thomas Eakins , a local boy, was always in the Philly papers for banging his students. He was a cereal filanderer and , thankfully, his wiofe Susan agreed to have an open marriage so that he could indulge his "hobby". It was rumored that he was "doing" his niece. She commited suicide as a result of all the rumors and undertones while Eakins , perhaps in a move that precipitated her suicide, moved on to several other young mistresses.
Eakins was a star in the use of color and SPACE to define light and shadow. His interest in anatomy caused him to be a topic of conversation in churches and late 19th century Philadelphia and it. "main Line". Many of his nude paintings have been described as homoerotic art by the folks of the time.(I think that such titles speak more of the Main Liners than it does of Eakins himself)
0 Replies
1
Reply Tue 28 Feb, 2012 01:10 pm
Can't forget paranoid schizophrenic Richard Dadd.

From Wikipedia, the free encyclopedia

Richard Dadd (1 August 1817 – 7 January 1886) was an English painter of the Victorian era, noted for his depictions of fairies and other supernatural subjects, Orientalist scenes, and enigmatic genre scenes, rendered with obsessively minuscule detail. Most of the works for which he is best known were created while he was incarcerated in a psychiatric hospital.

(I'm Ms-Cough-a-Minute so not very patient to look stuff up.... yet.) Enjoying the thread.
0 Replies
1
Reply Tue 28 Feb, 2012 08:12 pm
@Roberta,
I'm another Caravaggio fan. Have read about him a few times - can't remember much where except for Canaday and Peter Robb - and have seen a lot of his work, mostly in Rome. My loving his work is visceral, but I suppose most of my art loving is. I'll never be your best analyst of literature or painting.
0 Replies
-2
Reply Tue 28 Feb, 2012 08:55 pm
Perhaps in the future, cross wiring senses will be practical, and every individual may experience synesthesia.
1 Reply
1
Reply Wed 29 Feb, 2012 03:38 am
@farmerman,
I've just watched a brilliant 3 part travel series on the BBC. Sicily unpacked, a British art critic and an ex-pat Italian chef, currently residing in the UK, tour Sicily. At one point they examine Caravaggio's nativity scene in Messina.

I don't know if it's coming to America, but it was really good.
http://www.bbc.co.uk/programmes/b019hc62
1 Reply
2
Reply Wed 29 Feb, 2012 04:05 am
@farmerman,
As much as I'd rather not further contribute to the "all artists are mad" myth (Most unfair! I'm certain there are just as many mad scientist & mad captains of industry, etc.

) ... I confess there have been quite a few very interesting & eccentric types in the history of art.

While some may not be too keen on the Pr-Raphaelites' paintings (I personally find them fascinating) it cannot be said that the stories about the movement were boring.
Never a dull moment! Beautiful young men & women, love, passion, sex, drugs, they rocked & shocked the establishment!

Rosetti's most notorious claim to fame (unfortunately for him) is the fact that
he violated his wife's grave, to retrieve a manuscript of his poetry that he, in his extreme grief at her early death, buried with her .... only to change his mind about the burying the poetry seven years later. So an exhumation was deemed necessary. Those poems, plus some new ones, were subsequently published.
She (Elizabeth Siddal) is believed to have died, some 20 months after marrying Rossetti, of an overdoes of opium (&/or as a result of poisoning, having been a "devoted swallower" of Fowler's Solution, a so-called complexion improver made from diluted arsenic. 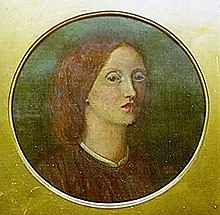 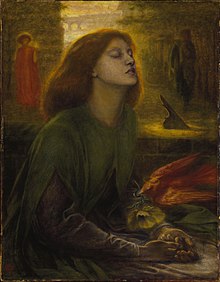 Elizabeth was one of a number of very beautiful women associated with the Pre-Raphaelite movement.:
Pre-Raphaelite Women: Models, Lovers, Art-Sisters:
http://faculty.pittstate.edu/~knichols/lizzie.html#sisters


A hundred and fifty years on, Rossetti's actions remain controversial:

Did Rossetti really need to exhume his wife?:
http://www.the-tls.co.uk/tls/public/article872671.ece


Elizabeth was the model for a number of the Pre-Raphaelites, including Sir John Everett Millais's Ophelia.

Ophelia was modelled by artist and muse Elizabeth Siddal, then 19 years old. Millais had Siddal lie fully clothed in a full bathtub in his studio at 7 Gower Street in London.[9] As it was now winter, he placed oil lamps under the tub to warm the water, but was so intent on his work that he allowed them to go out. As a result, Siddal caught a severe cold, and her father later sent Millais a letter demanding £50 for medical expenses.[4] According to Millais' son, he eventually accepted a lower sum 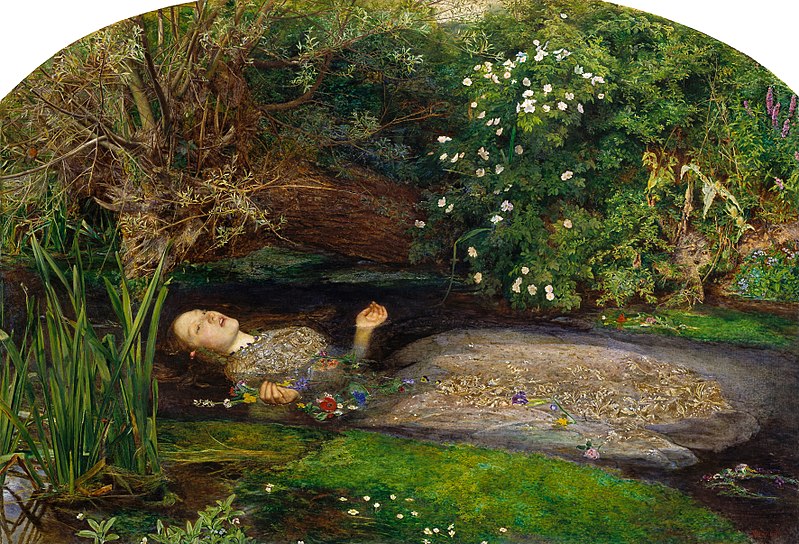 . I saw onme of Caravaggio by Simon Schama. I like his take on artists lives except when he gets too spiritual in his interpretations.

0 Replies
1
Reply Wed 29 Feb, 2012 06:23 am
@msolga,
An excellent contribution Msolgs. I learned qite a bit about Rosetti that Id never known. Exhuming ones wife's grave to retrieve some poetry. He should have just xeroxed it when she died
0 Replies
1
Reply Wed 29 Feb, 2012 06:27 am
@farmerman,
I'd like to add Edvard Munch into the mix. I've never studied art history but I remember first seeing the scream and thought, who ever painted this must be feeling some harsh things.

I'm also wanting to add Van Goh. I'm planning to go to see his works this year at the Van Gogh museum in Amsterdam. Anyone got any suggestions to look out for? 1 Reply
1
Reply Wed 29 Feb, 2012 06:33 am
@msolga,
There were several "Avante garde" collection of "mannerists" who lived in the times between the 17th and 19th century. These guys , depending on which cultural group they identified with, would have a complete life-style for their art. .

I guess I was a bit hasty on my threads title but, having read much about so many artists (musicians and visual artists) who WERE a bit nutsy (either by birth or subsequent inclinations ). I think it does have some relevance.
This actually began with My recent discussions with a member about how many folks with autism have gone on to accomplish things in math or in several sciences. Their work involved the analyses of very large volumes of data as the base of their work.
0 Replies
1
Reply Wed 29 Feb, 2012 06:36 am
You'll never convince me that this joker didn't have a screw loose some'eres . . . 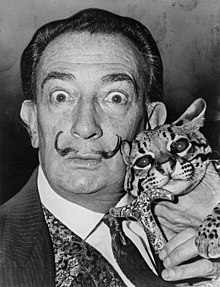