Some people believed that he suffered from schizophrenia--whether or not he did, he was one weird dude.
1 Reply
1
Reply Fri 2 Mar, 2012 04:36 pm
@Setanta,
He was supposed to have beeen an accomplished painter as well. Ive never seen any of his work and I just did a quick search for any works by him. NADA. He was a diabtic for a lot of his life and I wonder how much of that affected his mental state.

He really had a short career with Floyd didnt he. Then his years after Floyd he tried to do some solo work but I doint recall anything that I would hold out as big .

2 Replies
1
Reply Fri 2 Mar, 2012 05:33 pm
@msolga,
Oooh, I didn't know all that, Msolga. I've alway liked, no, appreciated, no, er, been taken with the majesty of that Gericault painting.
1 Reply
1
Reply Fri 2 Mar, 2012 05:38 pm
@farmerman,
He seems to have been really anti-social. He did three recordings at BBC studios, and they were going to promote the songs, but he never finished enough for an album. At one point, he sold his rights to the songs he had done up to a certain point--up to about 1973, i think. Gilmour wanted to keep him with the group as a non-performing song writer, but he proved to be really unreliable.

Yes, he was a painter, and apparently continued to work after he returned to his mother's house. He lived there after his mother died, and continued to paint. I've never tried to find his stuff, so i can't comment on it.
1 Reply
1
Reply Fri 2 Mar, 2012 05:42 pm
@Setanta,
There was a story going round that while he was missing, he turned up at the recording of Shine On You Crazy Diamond, which was written about him, then he disappeared again.
0 Replies
1
Reply Fri 2 Mar, 2012 05:50 pm
I have no reason to think of him as some "tortured soul," suffering for his art, but i don't think he was a very happy guy.
0 Replies
1
Reply Fri 2 Mar, 2012 05:50 pm
@ossobuco,
Yes, he believed (or fervently hoped) that The Raft of the Medusa would establish his reputation as a great artist....
(I think he was around 27 years old at the time.)
Some might say that he went more than a little overboard in the process!

0 Replies
1
Reply Fri 2 Mar, 2012 05:59 pm
@farmerman,
I looked around under Roger Keith Barrett, but i couldn't find any images, either. According to his sister, he wrote a book about art and artists, but in an interview she said just couldn't read it (grief). I don't know if it will ever be publishedd. He left about one and three quarters million pounds to his brothers and sisters, so i guess he got along with the family. His sister who lived in Cambridge and was his contact with the world says he found his own mind sufficient company.
0 Replies
1
Reply Fri 2 Mar, 2012 06:07 pm
... speaking of writers, is it true that Jack Kerouac wrote On the Road on a roll of toilet paper?
Or is it one of those romantic Beats myths?

Oh ... & then there was William Burroughs ..... & Hunter S Thompson (if you call him an "artist". I do. His dispatches were absolutely unique, brilliant! (for a variety of reasons!) Loved reading his stuff!) 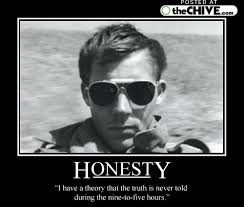 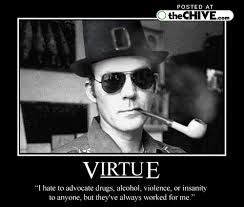 0 Replies
1
Reply Fri 2 Mar, 2012 06:26 pm
Burroughs was brilliant, although i find his prose pedestrian. I don't think there's any reason to see him as either crazy or eccentric, though.
1 Reply
1
Reply Fri 2 Mar, 2012 06:31 pm
@Setanta,
Something to do with attempting to shoot an apple off someone's head (with unfortunate consequences) , if my memory serves me right?
I think I may have to do some Googling, to see if I have my facts straight, or if I've confused him with some other writer ....
1 Reply
1
Reply Fri 2 Mar, 2012 06:49 pm
@msolga,
Yes, Burroughs killed his common law wife while attempting to shoot an apple off her head during a drunken episode.
Maybe the less said the better?
He was more than a little "eccentric" :

Biography for William S. Burroughs:
http://www.imdb.com/name/nm0123221/bio
1 Reply
1
Reply Fri 2 Mar, 2012 07:57 pm
@msolga,
I think that Brroghs was not so much a nut as a really bad shot.
Thoompson, on the other hand, lived and celebrated being a nut till his last days. Then he went out with a bang.

Ive heard the tale about Kerosac writing on a roll. However, I never got anything from his work. It was missed on me
2 Replies
2
Reply Fri 2 Mar, 2012 08:01 pm
@farmerman,
Oh I think Burroughs definitely had nutty/eccentric tendencies, farmer!

Ive heard the tale about Kerosac writing on a roll. However, I never got anything from his work. It was missed on me

I confess I found the romantic (& other) stories about Kerouac, Cassady & co a lot more interesting than On the Road, etc.
I don't think it's very cool to say that!

As for Hunter S ..... so crazy, but so wise & spot-on in his political writings!
I wish Bob (dys) was around to share some of his Hunter stories.
I think he actually knew him?
1 Reply
1
Reply Fri 2 Mar, 2012 08:17 pm
@msolga,
“Every now and then when your life gets complicated and the weasels start closing in, the only cure is to load up on heinous chemicals and then drive like a bastard from Hollywood to Las Vegas ... with the music at top volume and at least a pint of ether.”
~ Hunter S. Thompson, Fear and Loathing in Las Vegas
0 Replies
1
Reply Fri 2 Mar, 2012 08:47 pm
@msolga,
Here's The Ultimate William S. Burroughs Quiz (well that's what it claims to be!