What will the next big invention be in the world? comparible to the computer?

Maybe. But I'm highly sceptical of anything that seems so easily predictable

It was predicted 45 years ago in the Jetsons, but many decades later than expected it is almost here.
1 Reply
1
Reply Mon 26 Dec, 2011 09:14 am
@Niaboc67,
As someone who regularly looks in on DARPA stuff I'm going with metamaterials, especially "invisibility" cloaking.

Obviously it has military advantages but I could see it being used in more conventional building.
0 Replies
1
Reply Mon 26 Dec, 2011 02:03 pm
@hawkeye10,
hawkeye10 wrote:

Maybe. But I'm highly sceptical of anything that seems so easily predictable

It was predicted 45 years ago in the Jetsons, but many decades later than expected it is almost here.

What will the next big invention be in the world? comparible to the computer?

A machine-to-brain interface which will transmit and receive simply emotional signals from one brain to another using some form of localized wireless. People using such a device(s) will be able to "feel" the emotions of another person directly, rather than trying to interpret them through language and gesture.

Group interfaces will evolve rapidly along with selective circuits so that people can receive many or receive only one. At first it will start with localized connections, but it will quickly be adapted to the Internet like IP Phone calls.

As a result, a new level of human language/communication will evolve which will allow people to match the words someone else is saying to the feelings they are having at the same time.

Humanity will become addicted to the interface almost immediately and acceptance will sweep the planet like cell phones. A new age of human communication will rise with pitfalls and benefits. But it will change everything, just as the computer has.

So in the world of the future, I could put myself online and you could not only read what I have written, but you could feel how I feel about it, and know if I'm only joking or if I'm serious.

0 Replies
1
Reply Wed 28 Dec, 2011 08:03 pm
@Niaboc67,
Nano-technology is is the process of exploding. Taking big things and making their functions operative from an extremely small nat-size, nano technology.
Just google it and you will be amazed. For instance there may be a bug in your house right now reporting all of your movements 24/7, there could be a nano-size pill swallowed knowingly or unknowningly that would perform amazing directives .... almost to many to note. The sky is the limit here.
0 Replies
1
Reply Tue 23 Oct, 2012 08:39 pm
@Niaboc67,
I would be so happy if there will be better machines or robots that will acts like humans ... more advance than what AI talks about today, I would so happy if one can make it and I'll be happier if I myself can do it.

0 Replies
1
Reply Thu 25 Oct, 2012 07:28 pm
Predicting the future requires a basis in the present. As humans are social and addictive.

I think it will be a new form of population reduction. Famine, war, pestilence, avarice, starvation, fire, flood, thirst--they've all been tried--I'd say a drug, a drug so powerful its addiction is immediate and overwhelming. And the drug that is chronically toxic to 99% of the population and raises the spontaneous abortion rate 50% among the survivors.

The population of the Earth after a few generations will stabilize at about 100,000,000 addicted individuals. 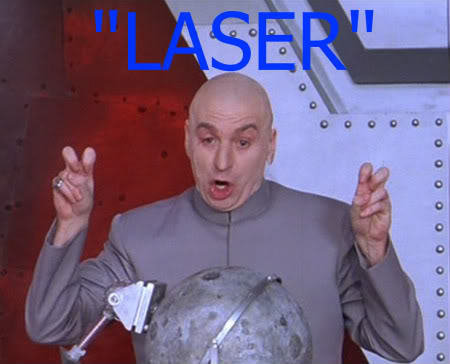