Forums: Worn Heel, Inventions, Erstwhile
Email this Topic • Print this Page
Reply Fri 15 Sep, 2017 01:47 pm
In another pertinent OP innovator Sam Asano describes the problem of worn heel. Immediately I was put in mind of a half-moon-shaped device called 'Shoe Heel Plate' that is nailed on the back of the heel to prevent that very contingency. That Sam didn't mention it, probably owes to its obviousness to almost everyone 'cept the occasional A2K Reader that doesn't 'stand such,

..mebbe some li'l girl or your Average Dimwit [me]

But speakin' of inventions, thanks to Email correspondent Mele for 'Eclipse ingenuity,' an OP describing her clever son's means for observing the eclipse. It pleases us old fellas to be assured the young, at least some of 'em, are still thinkin'. By the sheerest coincidence, later the same dday, 'A prison vacation' by Mij O'Neirb, who laughingly suggests the near-perfect 'all-inclusive resort.'

Indeed, I've often wondered whether the old-fsashioned way, assignin' them an island somewhere, where they could all live peacefully robbing and killing one another, might be much cheaper for Our Taxpayer. Oh, why 'ertwhile' ? Sounds so much less disparaging than 'former.'
Type: Question • Score: 0 • Views: 1,125 • Replies: 7
No top replies
1
Reply Fri 15 Sep, 2017 02:11 pm
Quote:

Are they what we call "segs" or "Blakeys" in Britain?

Thanks Cen but where d'y s'pose the nail holes

The ones I posted above have spikes behind; you hammer them onto the sole. The maker (Blakeys Ltd, England) say:

"Fitting Instructions:
Wet leather if fixing to a leather sole or heel.
Place a shoe stud over the area to be protected.
Tap home with sharp blows from a hammer. "

Blakeys have a big range of ironmongery for shoes. Some have spikes, some have nail holes. 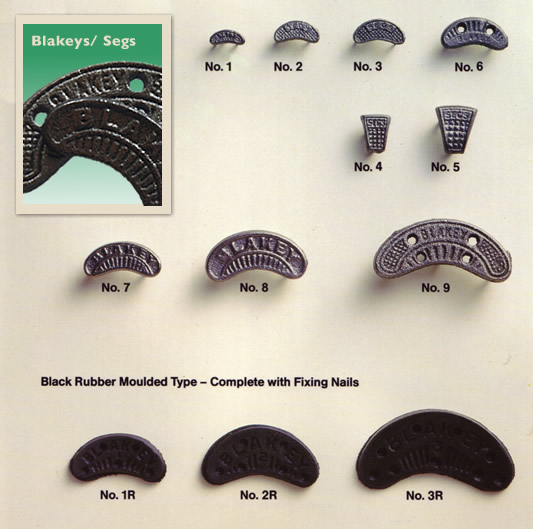 Of course Cen, how else

Didja hafta first save it in the Cloud
0 Replies
1
Reply Fri 15 Sep, 2017 11:46 pm
I found the pictures using Google Image Search and obtained the link to each one by right clicking it.