2.) Me and my sister were bored and she dared me to eat sardines dipped in hot sauce and mustard. Im still just staring at it. I dont know if I should do it. Is this a good idea?

Thanks for whoever answers my questions (especially 1) !

Hey, lets make this a chain thing. (If you want) You answer one or more of the previous posters question(s) and then ask a question of your own but it has to be a 'is this good?' or is this a good idea?' or 'is it a good job?' question like that.

Keep staring at the sardines. Blech on the mustard, and the hot sauce isn't such a good idea.

2) I also love sardines - I used to eat them plain on saltines. I've never tried them with hot sauce and mustard, but it sounds like something I'd like - if it was good mustard - not French's.

This is sort of a philosophical question. I teach at a prison and we have vocational courses so the men can get certification and qualifications in a trade so that they can maybe get a job when they get out (if anyone will hire someone with a criminal record).
Anyway - one of the men got kicked off the carpentry course even though he was progressing and had certified in several of the units because the Education Director decided that lifers shouldn't be given spots on the vocational courses.
In other words, since they'd maybe be in prison the rest of their lives, or at any rate were looking at years and years inside - they wouldn't need to get a job - at least not for a long time -and so wouldn't make use of the training.

2.) Taking any dumb dares is never a good idea; in fact it's a terrible idea, much as I love sardines. I wouldn't do it just because someone dared me to. (And I'd also like to point out that, grammatically, it's more acceptable and certainly more polite to say "my sister and I" rather than "me and my sister.")

I'm thinking of becoming a homeless beach bum. Is this a good idea, hmm?

Don't be so strict.
0 Replies
2
Reply Thu 1 Sep, 2011 05:05 am
@GracieGirl,
A Tree Grows In Brooklyn, I read about 29 pages then fell asleep and was forced to watch the movie. It was all rather depressing, although, the 1945 movie did have Joan Blondell, which, for me, is always a selling point...it was the only reason I was able to tolerate that horrifying disaster series Here Come The Brides. Blondell is a Virgo and that may be an added selling point, who doesn't love a Virgo?


A later television version had Cliff Robertson, and I still liked him at the time, (when he started doing commercials for AT&T he became a pain, however he is a Virgo, so I can forgive him), but it also had the annoying Pamelyn Ferdin, she had a whiny voice and always looked both constipated and anemic, so that did in the small screen version, I mean I realize the family was dreadfully poor, but they she looked like they'd been selling her blood for profit (Ferdin is an Aquarius as well, which never bodes well)

I am not fond of sardines, I've eaten them and can tolerate them, never considered mustard for them, but doubt that it would make them any worse.


I may return to this thread later to see how it's going, is that a good idea? 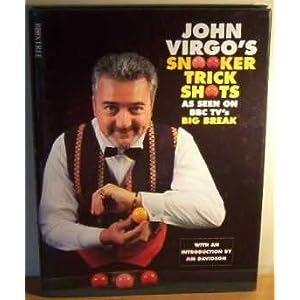 Actually, I was just indicating that Joan Blondell and Cliff Robertson have always been enjoyable actors for me to watch. (with exception of the commercials Robertson did)
0 Replies
1
Reply Thu 1 Sep, 2011 03:11 pm
Responding with the majority about A Tree Grows in Brooklyn. Wonderful book. Made me want to nail a Cambell soup can to the floor of my closet (now you have to read it Gracie, to find out why).

Re sardines, I love them and eat them a few times a week. Personally, I think a lot of people say they don't like them, because they are a food you're not "supposed" to like.

I cook up onions, peppers, mushrooms, any other veggie I really like, and then mush the sardines into them, along with a couple of crushed crackers.
Sardines are VERY healthy food. Full of protein, calcium, good oil, and they are not a fish that is overfished in the ocean. They are good with hot sauce.
Try them. If you don't like them, try them again in a few weeks. You'll be expecting them to be so bad, you'll realize they aren't as bad as you first thought.
One time, when we'd run out of tuna, and I was craving a tuna sandwich, actually used a drained can of sardines instead. Wasn't bad actually.

(And I'd also like to point out that, grammatically, it's more acceptable and certainly more polite to say "my sister and I" rather than "me and my sister.")

It's not ungrammatical, nor is it impolite to use "me and my [___]". It's nonstandard but nonstandard does not, in any way, mean bad language/incorrect grammar/poor upbringing/poor education/... .

It means that people use language structures that are common to their dialect/age group/register.

It's amazing the sticking power that these old canards have.

Is it a good idea to pass out advice on issues that a person doesn't fully understand?
0 Replies
1
Reply Thu 1 Sep, 2011 03:53 pm
mmmmmmmmmmm

(I don't. Not if you've been eating sardines. Your breath is terrible, JPB.

I'm driving for over an hour each way tomorrow to go for a walk in 95deg heat. Do you think I'm nuts?


Not if you make sure there is a pub near where you walk, that's what I do.

I ended eating the sardine and it was SOO gross! There were even little bones in it. Ewwww!! Gosh I scrub my tongue with the toothbrush AND used tons of mouthwash and I still couldnt get that taste out my mouth. Yuck!

We take Truth or Dare very seriously in my family! Haha! Once I dared my brother to drink half a cup of toilet water and he puke after he did it. It was soo funny and I felt bad for him. Haha! I have it on video. Good Times... Haha!