Epic Films for Farmerman: the Quest for Lovable Quest films

He can't stand quest films like Lord of the Rings and the Chronicles of Narnia. His prejudice is greater then a disliking for fantasy films.

last real ass backward investment in "epics" was SHOGUN, many years ago wen I was finishing my dissertation. Fuckin movie was so damnconvoluted because it was written for INSIDERS who read the Clavell Book.

A bloody (pun not intended?) bad made for TV movie for Pete's sake.

Type: Discussion • Score: 14 • Views: 11,292 • Replies: 58
No top replies
1
Reply Thu 21 Jul, 2011 07:39 am
Shogun sucked because it was badly made and the novel itself was preposterous. Lord Toranaga was supposed to be the same as Tokugawa Ieyasu, but in 1600, Tokugawa had already eliminated the opposition. Clavell really screwed the history, because Tokugawa was not an old man in the contextx in which he set his novel, but his character Toranaga was.

Gettysburg sucked because it was bullshit. Not only was the motion picture based on actual fiction, it was based on the novel Killer Angels which was itself bullshit.

For pure escapism quest movies, i recommend the Lara Croft movies--the plus side being Angelina Jolie. 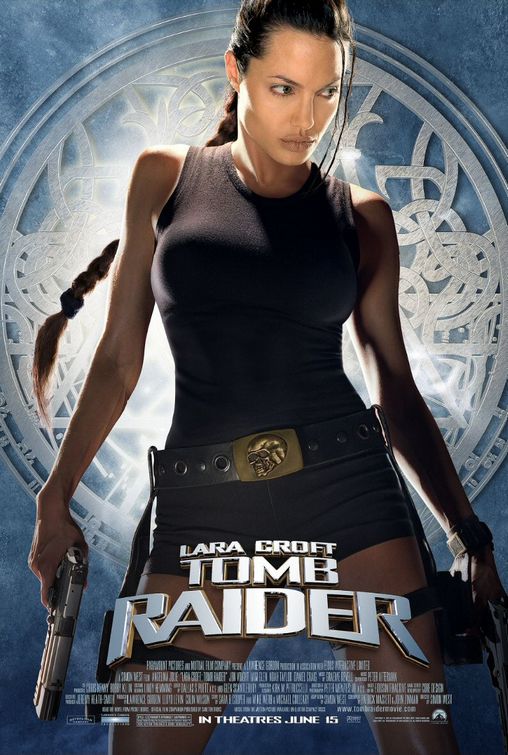 1 Reply
1
Reply Thu 21 Jul, 2011 08:46 am
@Setanta,
I saw the version of Shogun that was released in Europe. It had scenes that were censored on American television. The European version was more appealing to me, altho I realize it lacks in historicity.
0 Replies
1
Reply Thu 21 Jul, 2011 08:54 am
@tsarstepan,
Though I know with certainty that many people will disagree/ridicule me for at least a few of these, I would recommend:

The Godfather, all parts (begin ridicule now)
Full Metal Jacket (come on, this is epic, right?)
Letters from Iwo Jima

And something specifically for Farmerman that he clearly can't do without. . .
The Twilight Saga

0 Replies
1
Reply Thu 21 Jul, 2011 03:40 pm
@tsarstepan,
I really enjoyed Lonesome Dove. It was a genre and an epic flick that capture me enough to give it the highest honor of three pitchforks.


Also'Valley of the Gwangi" was full mindless dinosaur hunting and treasure .

I liked half of the Indiana Jones movies(no 2 n no 4 cmon). I even liked "The Trap". with Oliver Reed. (Its an old flick about a trapper in the CAnadian North) [which is kind of an oxymoron isnt it?).

My epic film of note would be "The Great Escape".
1 Reply
1
Reply Thu 21 Jul, 2011 07:28 pm
@wayne,
Romancing the STone, needed every minute of Danny Devito in his foul mouthed little prick role to be the entertaining film it was. Great Escape, Longest Day, a\nd Toro ToroToro (the attack of te lawnmowers) were all good and only mildly epic becasue they all took place in a very short space of time
1 Reply
1
Reply Thu 21 Jul, 2011 10:11 pm
@tsarstepan,
Well, I'm a little confused about the generally accepted qualities of what constitutes an "epic film".
The definition seems to vary, somewhat subjectively, from person to person.

But, in my book, this is one that I've loved.

Have you seen it, farmer? If so, does this meet your "epic" requirements?

It meets mine. It's a terrific film which has stood the test of time. (Well to me, anyway>)

Also'Valley of the Gwangi" was full mindless dinosaur hunting and treasure .

This was on the box last weekend. It lost me when the first pterodactyl attacked. No matter how much I tried to switch off my reasoning senses to enjoy it, the question of why the bloody pterodactyls just didn't fly over the valley walls and take their chances 'out here' like the rest of us plagued me.

I even liked "The Trap". with Oliver Reed. (Its an old flick about a trapper in the CAnadian North).

Tell me one more time what you mean by epic? broad sweeping?


Broad scope of story. A single blind date can't be an epic film.

The story tend to cover a lot of time. An epic is not going to be a movie that covers just a single day in the life of a single character.

The characters often need to travel great distances before their goal is completed. Many obstacles will be in their way.

A lot of characters (the more extras the better), that's why many war films are considered epic.