Why are there no half monkey half human?


I'm not sure you're serious, but I'll play along for a bit...
The common ancestor died several million years ago. And even though humans didn't evolve from chimps, our ancestors that came between us and the common ancestor got wiped out by their more successful descendants.
0 Replies
1
Reply Tue 22 Mar, 2011 04:38 pm
@tommot2002,
Do you understand anything about evolution?

Humans did not evolve from Chimpanzees.

Yeah but when this common ancestor evolved into other stuff why didnt they mate with each other? 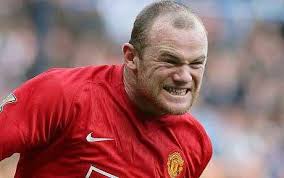 well, i once saw a video of a monkey ******* a football, but i'm not going to touch the most obvious joke there

i am so getting that shampoo


Chimps have a 99% similarity to human beings, so it is hard to get much closer than that... The reason there is nothing between us and them is found in our nature, and in nature as a general phenomenon... Our nature is that of a preditor, and we are monkey eaters, and no doubt have universally eaten humans... Chimps in being able to climb were able to escape the fate of many who could not...
1 Reply