Forums: Movies, Film, Film Franchises
Email this Topic • Print this Page
Reply Thu 18 Nov, 2010 08:48 am
so i was listening to an interview with the producers of the harry potter films the other day, and the interviewer was claiming that to date the potter series was probably the best film franchise

we won't know for sure until the last two are out, but i tend to agree, the bond franchise has it's moments but it's had enough low points to not qualify in my mind

the bourne movies are great, but if matt damon doesn't participate in the fourth film, it's most likely gonna suck

LOTR might be the current contender, but we've yet to see the hobbit, or should it be included

what's your opinion on the best film franchise 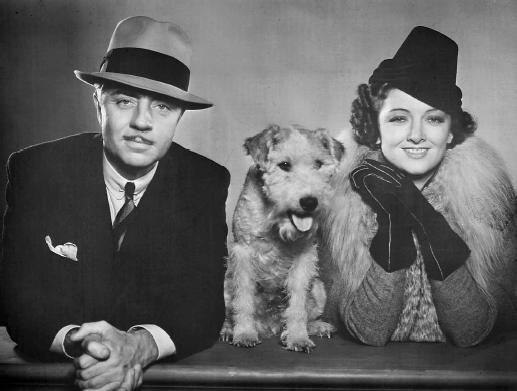 Best spin-offs of other films and merchandise?

Didn't realize you used abbreviation oracronym for the Lords films.
0 Replies
1
Reply Thu 18 Nov, 2010 03:17 pm
I don't see why LoTR should be "disqualified"--leaving aside that the author of the thread has more right to set the terms than do we, i would think it qualifies because the films were released serially, with the opening of each film benefiting from the popularity of the previous film.
1 Reply
1
Reply Thu 18 Nov, 2010 03:27 pm
@Setanta,
Quote:

I don't see why LoTR should be "disqualified"--leaving aside that the author of the thread has more right to set the terms than do we,

TO me "franchise" by definition is three or more movie projects of the same theme and characters that connect together into a franchise....if it is all one project, as LOTR was, it by definition is not a franchise.
3 Replies
1
Reply Thu 18 Nov, 2010 03:29 pm
@hawkeye10,
Was not by your definition--there is no good reason to assume that you define all terms, despite your penchant for behaving as though that were true.
1 Reply
1
Reply Thu 18 Nov, 2010 03:30 pm
@Setanta,
Quote:

Was not by your definition

I believe that it is the commonly accepted definition, but will wait for an expert to render his/her opinion.
2 Replies
1
Reply Thu 18 Nov, 2010 03:34 pm
@hawkeye10,
I know you believe that, but i can see no reason to agree that your opinion happens also to be "the commonly accepted definition." If that is so, it should be simplicity itself for you to come up with a significant number of online sources to confirm your claim.
0 Replies
1
Reply Thu 18 Nov, 2010 03:39 pm
@hawkeye10,
Quote:

Some media franchises are accidental, and some are planned, such as The Lord of the Rings trilogy. The most profitable film franchises include Harry Potter, Star Wars, James Bond, Indiana Jones, and Pirates of the Caribbean.

Unlike other planned franchises, LOTR was filmed all at once, they were making three movies at the same time. I think this disqualifies them from being a franchise. Your mileage may vary.
1 Reply
1
Reply Thu 18 Nov, 2010 03:48 pm
@hawkeye10,
methinks thou doth protest too much
0 Replies