Period Films That Give Away When They Were Actually Made

Forums: Movies, Film, Anachronisms, Period Movies, Period Goofs
Email this Topic • Print this Page
1
Reply Mon 30 Nov, 2009 07:27 am
any film made about a time before they actually had film, i mean let's face it

it's on film, dead give away

Women didn't wear eyeliner back then.

1 Reply
2
Reply Mon 30 Nov, 2009 09:32 am
What bothers me is when characters have modern-day political and social sensibilities when the time period is centuries ago.

My sources show it as being used later...

hello Look up hello at Dictionary.com
1883, alt. of hallo (1840), itself an alt. of holla, hollo, a shout to attract attention, first recorded 1588. Perhaps from holla! "stop, cease." Popularity as a greeting coincides with use of the telephone, where it won out over Alexander Graham Bell's suggestion, ahoy. Central telephone exchange operators were known as hello-girls (1889).

"Hello, formerly an Americanism, is now nearly as common as hullo in Britain (Say who you are; do not just say 'hello' is the warning given in our telephone directories) and the Englishman cannot be expected to give up the right to say hello if he likes it better than his native hullo. [H.W. Fowler, "A Dictionary of Modern English Usage," 1926]


The Davy Crockett thing is something I guess I have to look into.
K
O
1 Reply
1
Reply Mon 30 Nov, 2009 09:43 am
@Ionus,
I think "hello" was regarded as somewhat informal, even crass, before it was used extensively in connection with the telephone. "Hello," coming from a hunting call, was sort of the equivalent of "hey you!" It was recommended for use with the early telephones because it was appropriate for calling out to get someone's attention -- which was necessary given the limitations of early telephony. Plus, it was better than the alternative "ahoy hoy!"

As for movies in general, I think every period movie reflects the time in which it was produced. It's inconceivable that a movie like Gone With the Wind could be made today, given it's rather cavalier approach to slavery and gender relations. That's a movie that says quite a bit about the 1930s as well as the 1860s. Today, Rhett would be charged with spousal abuse after he sweeps up Scarlett in his arms and takes her up that grand staircase. And let's not even talk about The Birth of a Nation.

Oddly, I've found that the movies that pay the most attention to getting the period details right are often seriously flawed in other ways. Eight Men Out was particularly scrupulous about getting the details of early 20th century baseball right, but it was, in the end, a pretty dull film. Changeling was meticulous in recreating 1920s Los Angeles, but it was generally panned by film critics (although I thought it was pretty good). And the makers of Gettysburg were, I think, intent on getting every detail correct, down to the buttons and belt buckles, but despite that it was a terrible movie.
0 Replies
1
Reply Mon 30 Nov, 2009 09:44 am
@Diest TKO,
Pronto
0 Replies
2
Reply Mon 30 Nov, 2009 03:54 pm
Movie scene from a time period of ca. 1878 and Peter Sellers is wearing a modern underwater watch - funny!

0 Replies
1
Reply Mon 30 Nov, 2009 04:19 pm
@wandeljw,
Excellent point, wandeljw. And, y'right, "Dr. Quinn" is a perfect example of this. I remember an episode where a character based on Walt Whitman was introduced so that a theme of homosexuality could be explored in very 21st century terms. Hell, an openly gay male would have been lynched in 1970s Montana, let alone 1870s which is when the Dr. Quinn saga is supposed to be taking place.
1 Reply
1
Reply Tue 1 Dec, 2009 07:10 am
@chai2,
chai2 wrote:

This is so blatant.

Women didn't wear eyeliner back then.

So....she's happy with the CLOTHES, the modern human, the DINOSAURS....but she chokes on the EYELINER!!!????

where ??
0 Replies
1
Reply Tue 1 Dec, 2009 08:41 am
@Merry Andrew,
A lot of those modern political sensibilities creep into tv programs -- less so with movies. M*A*S*H the movie was ostensibly about the Korean War, but it was actually all about the Vietnam War. "M*A*S*H" the tv show was ostensibly about the Korean War, but it was actually all about liberal gripes with the Reagan administration.
1 Reply
1
Reply Wed 2 Dec, 2009 09:16 am
Big Night was made in 1996 but was supposed to take place in the 40s, 50s? Anyway there's an office scene where the secretary is waering a pair of pants and her filing cabinet is black. Secretaries did not wear pants back then and filing cabinets were colorful. Blue comes to mind, or that sickening green, not a stylish black.
0 Replies
1
Reply Sat 27 Feb, 2010 11:45 am
While not exactly anachronistic, the Hamlet made with Mel Gibson and Glenn Close featured many reproductions of real works of Medieval art on the walls. That was funny to me.
0 Replies
1
Reply Sun 5 Jun, 2011 07:06 am
Any movie that has an Office scene from the late pre-PC days now looks strange--all those bullpens of desks covered with typewriters and dial phones.

Rap
0 Replies
2
Reply Thu 22 Dec, 2011 10:51 am
@sozobe,
Knight's Tale is commonly complained about for it's use of 70's and 80's rock. The critics say it should have orchestral music because of it's time frame. The irony is orchestral music wasn't in in their time frame either. And honestly, the movie is about a dude over-turning the system and taking what he wants. It was made for rock music! 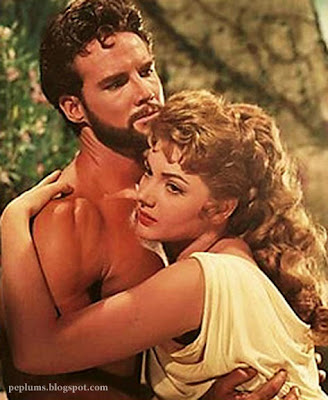 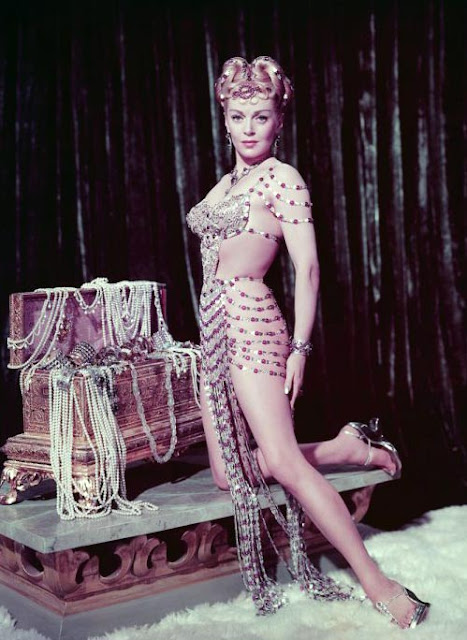