There are a lot of French phares worth to be mentioned


Well, I'm surprised that in my edition of »Phares Ouest« lighthouse of the "Royaume Unie" are pictured as well ...

1 Reply
2
Reply Mon 26 Oct, 2009 02:35 pm
@Walter Hinteler,
Sharps Island light, in the Chesapeake, is one that got displaced by ice in 1977. Its now permanently stationed in a few feet of water near Tilghman Island and is a good indicator to deep draft boats
1 Reply
3
Reply Mon 26 Oct, 2009 03:48 pm
Lindau (Lake Constance):
- the old lighthouse or Mangturm was erected in the 13th century. - the lion, the Bavarian heraldic emblem, flanks the harbour entrance together with the 33m high new lighthouse. 
Longstone lighthouse, in the Farne Islands, Northumberland, or Outer Farne as it was originally known, is most famous for being the home of keeper's daughter Grace Darling, who in 1838 heroically assisted her father by rowing out and rescuing 13 survivors of the ship, SS Forfarshire


South Stack lighthouse, off Holyhead Island, Anglesey, north Wales, was first proposed in 1665, but did not come into operation until 1809 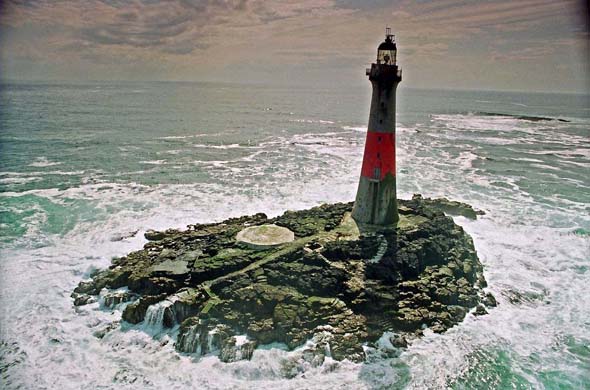 The construction of the Dubh Artach lighthouse in the Irish Sea, off the west coast of Scotland, was overseen by Robert Louis Stevenson's father and is thought to have inspired sections of his novel Kidnapped 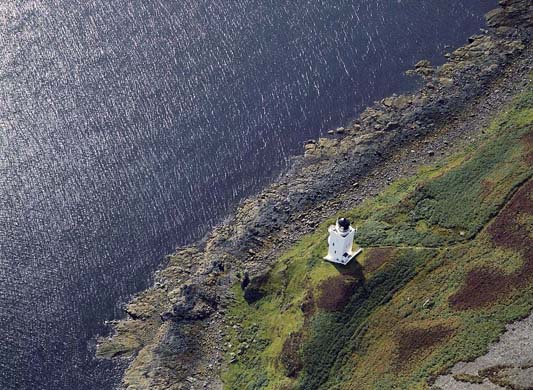 The lighthouse on Holy Island, just off the coast of Arran, Scotland, was also constructed by the Stevenson family 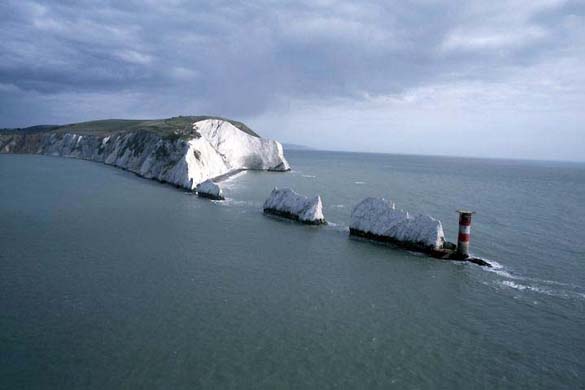 The Needles Lighthouse, on the most western point of the Isle of Wight, lights the rocky path up the Solent


St Mary's lighthouse, north of Whitley Bay in Tyne and Wear, has been decommissioned but is accessible to visitors during low tides
1 Reply
2
Reply Mon 26 Oct, 2009 05:17 pm
@djjd62,
island of SYLT - germany How much is the monthly rent? 
Some more remote areas of the world. This is the ANIVA lighthouse on Sakhalin Island. Its an interesting construction no?
0 Replies
1
Reply Tue 27 Oct, 2009 06:31 am
Another German lighthouse ... in Namibia, Swakomund Lighthouse