I'm sure you don't have crabs, and neither do I for that matter, but STDs are STDs. People are unaware when they catch them an invariably pass them on unawares too.

1 Reply
1
Reply Tue 22 Oct, 2019 02:49 pm
@izzythepush,
No. Except for Max , I talk around all those others.I include Pinky in my list of "A2K moroni" (I dont mean that in the religious sense either)
0 Replies
2
Reply Thu 7 Nov, 2019 05:14 pm
BACK TO TH LIGHTHOUSES. Im going to try to focus now on lighthouses in xtreme geographic points. Ill start with the most northerly lighthouse of mainland British Isles. Its the DUNNET HEAD light We were here many yers ago when I led a field trip to a spot important to geologists and geophysicists. 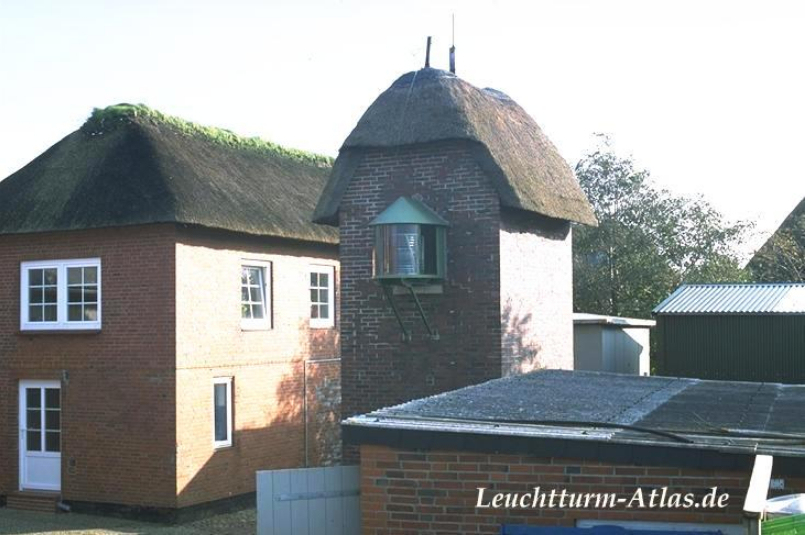 It is located on the small North Frisian island of Oland. It serves as a cross light for the Föhrer Ley and Dagebüll channels.

1 Reply
1
Reply Fri 8 Nov, 2019 02:41 pm
@Walter Hinteler,
Going a bit north, to List auf Sylt, the northernmost municipality in Germany, located on the North Sea island of Sylt close to Denmark in the district of Nordfriesland in the state of Schleswig-Holstein. 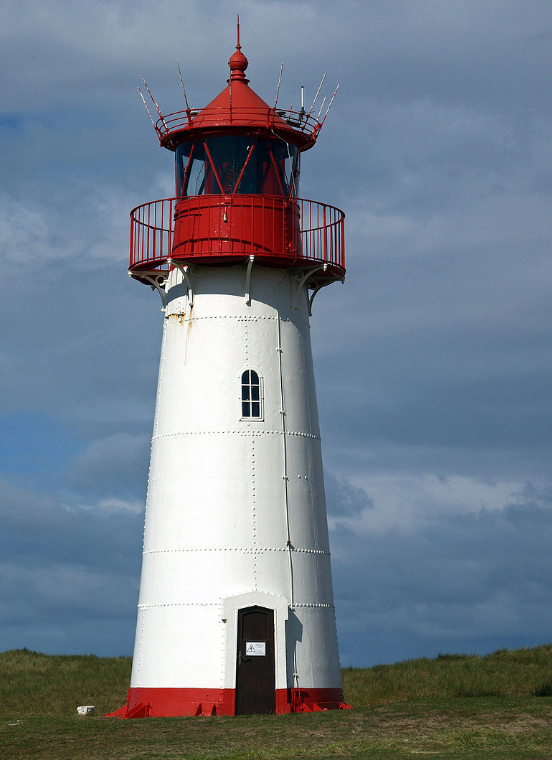 To the north of List is the "Ellenbogen", a peninsula in the shape of an elbow (hence its name) with two lighthouses (the other is List-East) 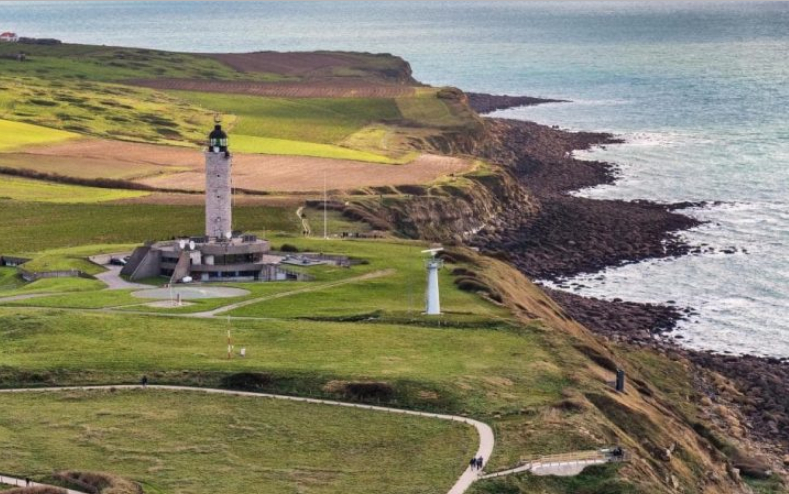 The cliffs of the cape are the closest point of France to England – 34 km (21 mi) from their English counterparts at Dover. 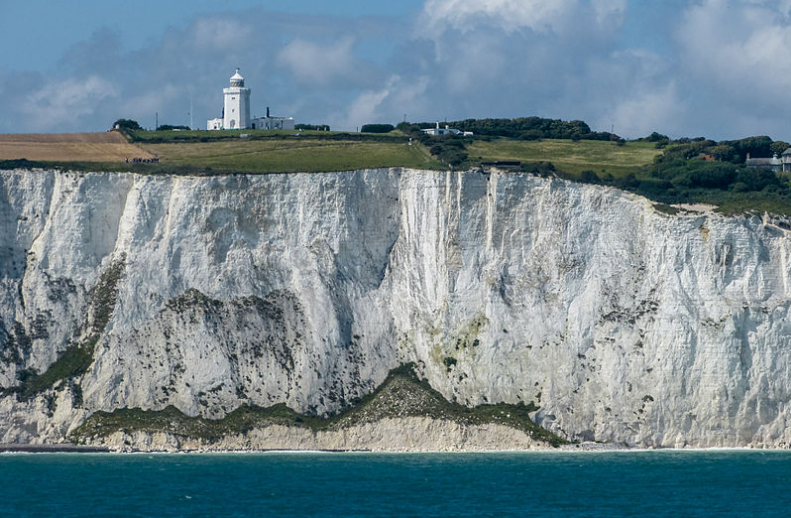 I got my "Channel baptism" in a "line-crossing ceremony" there a couple of times, even if it was me who announced when we crossed that line.
1 Reply
1
Reply Sat 9 Nov, 2019 05:43 pm
@Walter Hinteler,
In a rememberance of the sinking of the Edmund Fitzgerald on Nov 10 1975, heres a picture of the Whitefish Point lighthouse on Lake Superior. As the FFitzgerald was fighting for its life as the boat began listing in a rising sea, this lighthouse could have saves the ship because the Fitzgerald's electronic went dead. But to add more hardship, The Whitefish Points lights went out late the evening of the 9th also due to some electrical failure and the kerosene backup coulnt be lit. Tragedy on tragedy.

1 Reply
1
Reply Sun 10 Nov, 2019 05:53 am
@farmerman,
I like those Lakers (traditionally called 'boats', though classified as vessels) and Salties because they are totally different to what we've got here.
1 Reply
1
Reply Sun 10 Nov, 2019 06:38 am
@Walter Hinteler,
The Eierland Lighthouse is a lighthouse on the northernmost tip of the island of Texel (Netherlands). It is named for the former island Eierland. 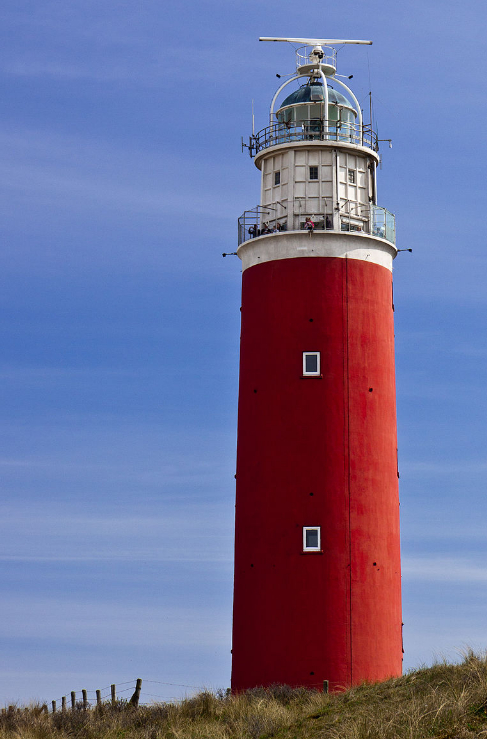 Eierland means "egg land", named for the seagull eggs that were collected on the island and sent to Amsterdam.

But that's not only thing worth mentioning regarding this lighthouse: during the Opstand der Georgiërs ("Georgian Uprising") of April 1945 the lighthouse suffered heavy damage. 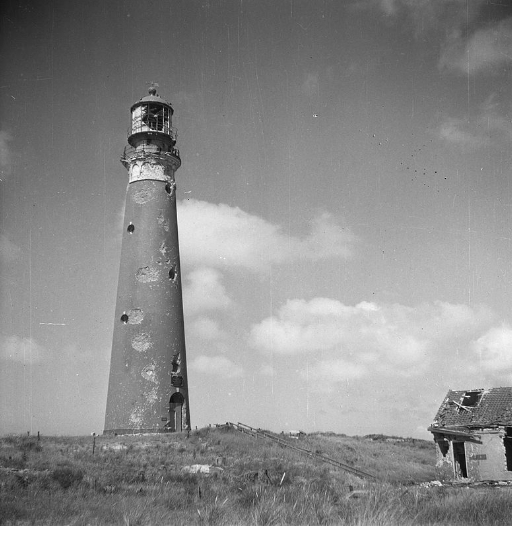 Background: since 1940, the Germans had occupied Texel and built a central point of their Atlantic Wall there. Georgian soldiers, arrested by the Wehrmacht on the eastern front and deported to Texel, finally dared to revolt against the Nazis.
In the night from 5 to 6 April they killed 400 German soldiers - all soldiers in the same Wehrmacht unit as they were, the 822nd Georgian Infantry Battalion Queen Tamara [Ostlegionen ("eastern legions"), Ost-Bataillone ("eastern battalions"), Osttruppen ("eastern troops"), and Osteinheiten ("eastern units") were units in the Army of Nazi Germany during World War II that were made up of personnel from countries comprising the Soviet Union. They represented a major subset within a broader number of the Wehrmacht foreign volunteers and conscripts.]

The Germans received reinforcements. Many civilians also fell victim to the merciless actions of the Germans - German artillery fired at every settlement where Georgians were suspected.

For two weeks a fierce partisan fight raged, devastating almost the entire island. In the end the Georgians, far outnumbered, had only the lighthouse in the north of Texel in their hands.

When the Germans finally succeeded in conquering the lighthouse, the Georgians committed suicide.
It was the last victory of the German Wehrmacht.

However, many Germans then behaved so fanatically as if it was a matter of winning the final victory of the Third Reich on Texel. Even the capitulation of the German troops in Holland on 5 May did nothing to change that. The Allies did not show up, and the Germans refused to surrender their weapons.

For two long weeks the war after the war lasted: the Dutch had decorated the streets and houses and were waiting for the allied liberators who did not come.
Instead, German troops, fully armed and sometimes singing merrily, marched through the towns and villages. Again and again there were skirmishes with Georgians.
Only a regulation organized by Dutchmen prevented the worst shootings: The Germans were allowed to move freely - and with weapons - on the island during the day, the Georgians after sunset.

Only when Canadian troops landed on the "forgotten island" on 20 May the German troops were disarmed. The Canadian commander put the losses of the Georgians at 470, those of the Germans at 2347 men.

About 150 locals died, too.
But in the Netherlands, Europa's laatste slagveld ("Europe's last battlefield") has received less attention than the number of victims would suggest.
And tourists don't know about it at all.
But in the Texel Aviation & War Museum, a smaller part of the exhibition is reserved for a permanent exhibition about the uprising.
1 Reply
1
Reply Sun 10 Nov, 2019 07:18 am
@Walter Hinteler,
Thats a fascinating look at what history often fails to record just because it blemishes the "Happily ever after" story.

0 Replies
1
Reply Tue 12 Nov, 2019 02:04 am
CAPE SARICHEF light house(now a bacon light unmanned as well as a Fish and Wildlife research station )is located on the western end of UNIMAK ISLAND in the BERING STRAITS. As such it is the most westerly (nd the most isolated lighthouse location of the US).
It is periodically manned now as a lighthouse nd GPS transponder for surveying as ell as a cetacean research center by Fish and Wildlife qnd the USGS. It used to be manned until the 1980's when it was rebuilt to serve a a LORAN and DEW LINE area. At that time there were a combined crew of 21 Commerce Dept and Military personnel In who manned the DEW LINE Radar as well as the lighthouse. In th mid 1990's the lighthouse was leveled and the building epanded for the needs of the other research groups that used the facilities.
In 1946 a disastrous tsunami damaged the original lighthouse and destroyed the only other lighthouse on N Unimak Island. The tsunami killed the entire crew of the other lighthouse at SCOTCH CAP, and leveled the buildings and light.
The repairs to Cape Sarichef included extending the lights reach by relocating it higher on a bluff as a beacon toer where it apparently could be seen by both approaches into the Bering Straits