It's a long time ago since I'd learnt that at the naval college and used it in practise.
But to all what a know, your response would get an A+.

Speaking about the light characteristics: during the time I'd been on the naval college (actually called in those "Navy Operations School", as a conscript, I got just a three months course in navigation), we went for a week on practise, on a school ship (tender). I wasn't bad at all recognising the various types of lights correctly. (But don't ask about the position I'd got with the sextant!)
My first 'real' trip was to France. On the way there, there was a strong warning for navigators to watch for the lights correctly: a Swedish patrol boat in (!) the beach of Borkum island.
Those lights on the coast of Normandy and Britanny can be quite confusing if you aren't well trained.
A good example is on the online webcam towards Pointe du Raz lighthouse, with more interesting lights to be seen at night (French time is GMT + 1) 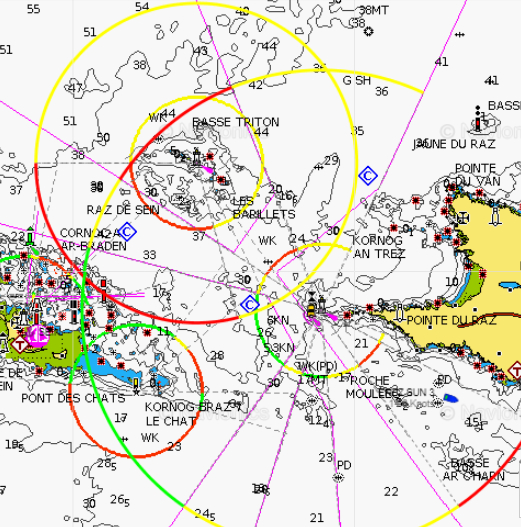 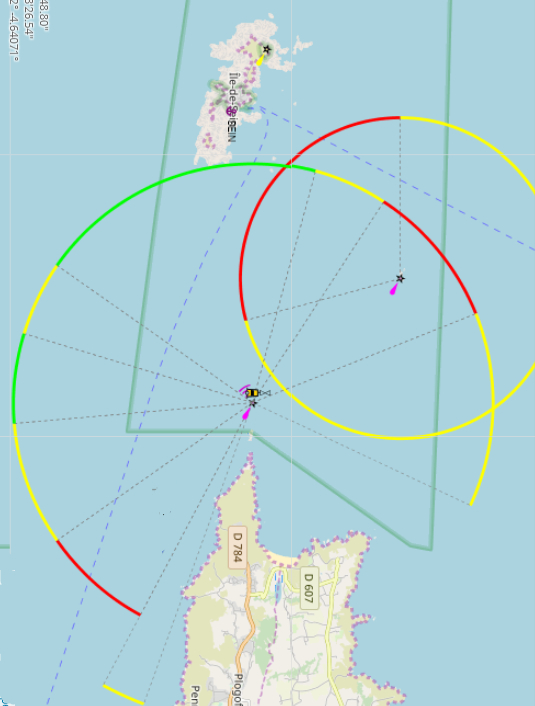 1 Reply
1
Reply Sat 19 Jan, 2019 12:53 pm
@Walter Hinteler,
our lights and the Canadian lights are usually "decked" so that when you are dead on (and not using GPS or Radar) you can VFR it strait home without piling up anywhre. e dont use yellow just white , and a bit green and less red. (Red , in and around industrial areas like Baltimore harbor , jut get lost in the mess of other reds that FAA has approved for plans)

I try to do most of my inside passaging during the daytime. Last year we delivered 3 boats via the intercoastal waterway and we had rel comfortable navigating because we docked around dusk and sat around or visited the towns for a shore meal.

you said that you were on a mine sweeper at one time? Are all those boats non metal hulled?

One of my 18-months (half a year training/school before). Until 1974 a couple of weeks each year as reserve officer, than landing craft as "rchief petty officer navigation (reserve)".

We had only non-magnetic steel and brass on board, and - correct - the hull was made of wood: above the waterline 3 layers are glued together with intermediate insulation. The first and third layers of mahogany are parallel to the keel, the middle layer of teak diagonal. Below the waterline was a fourth layer of oak. 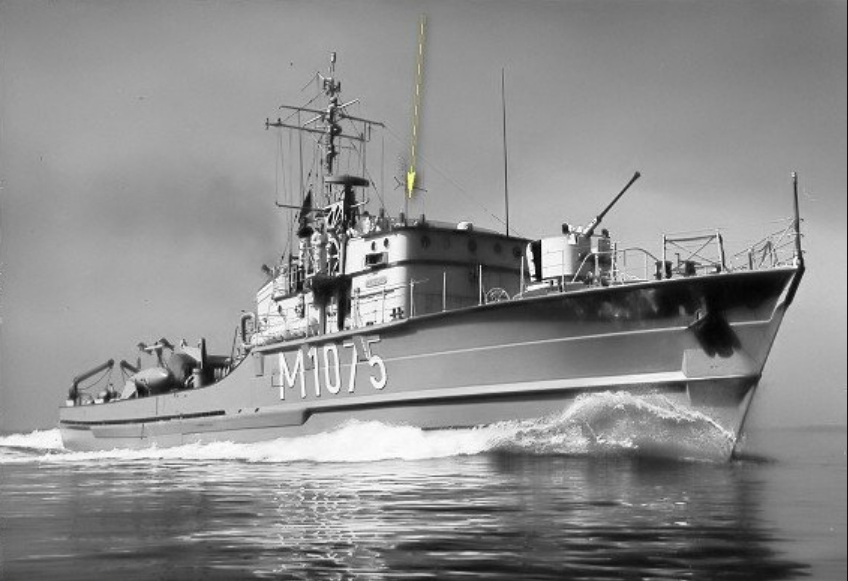 That photo taken in September 1970, in the Jade Estuary and it became the official photo.
We were compensating our compass, had anchored the night before, when the photographer was announced. Unfortunately, I forgot to take the take down the radio and tv aerials - costed me a couple of beers.
1 Reply
1
Reply Sun 20 Jan, 2019 10:27 am
@Walter Hinteler, 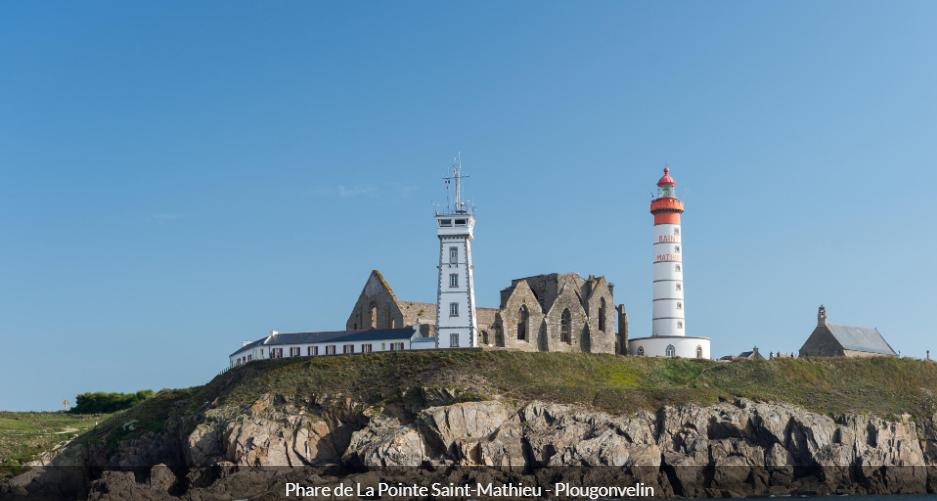 The sémaphore, the ruins of the abbey, and the Saint-Mathieu lighthouse ( Pointe Saint-Mathieu in Plougonvelin, around Brest in Finistère, France)
1 Reply
1
Reply Sun 20 Jan, 2019 11:26 am
@Walter Hinteler,
On the Polish part of the island of Usedom, in Świnoujście ("Swinemünde") is Stawa Młyny ("Mühlenbake"), a beacon in the shape of a windmill. 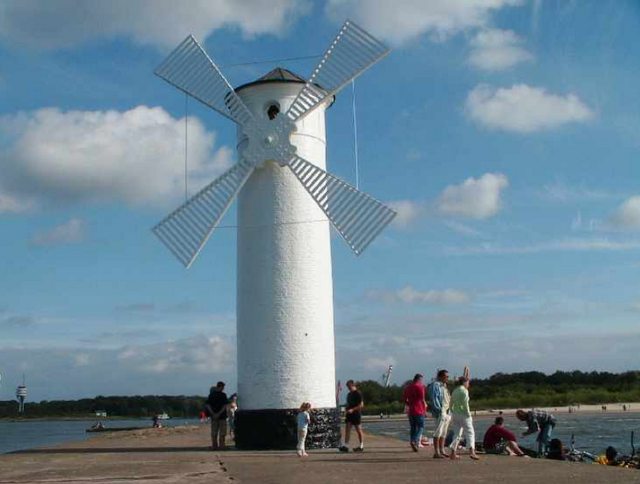 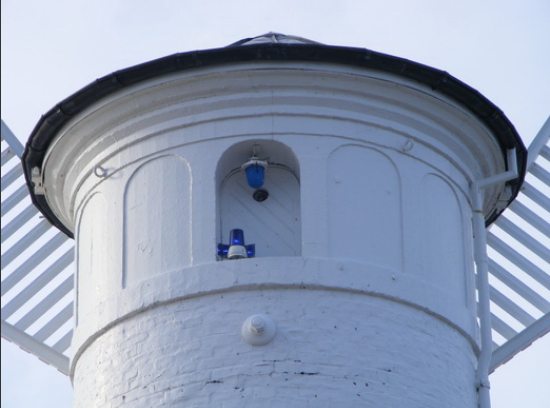 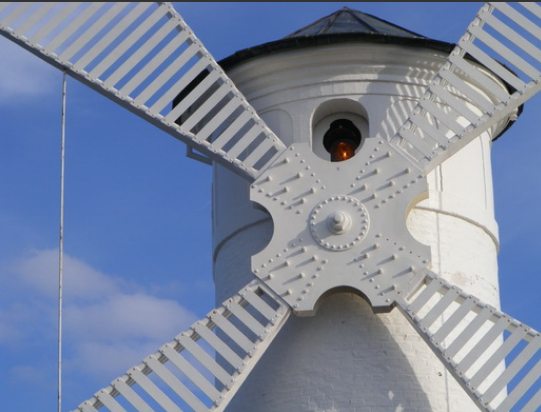 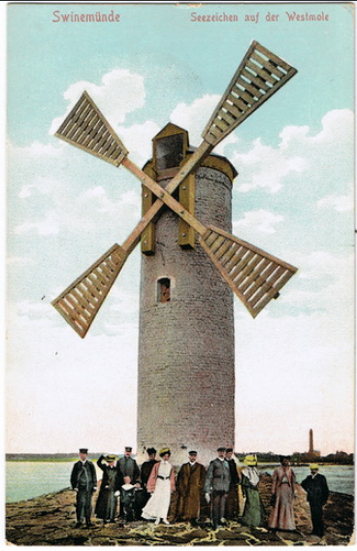 I was asking about minesweepers because the US, in its wisdom, has declared that minesweepers are not going to be used in the "future navy". That alone is dumbheaded thinking by eclaring what the enemy will not use.
I saw a cuple of those advanced hull carbon fibre hulled EU minesweepers and patrol boats you guys were building . I see that , in a new war, the enemy will, among other short termgoals, try to confound all our "interconnected" technology amd then pick off the rest .
LIKE we are building aircraft carriers and jets, while China is building subs and advanced long distance drones.

Like Ive always told Georgeob. In the modern navy, I think the world navies will have submarines or TARGETS.

2 Replies
1
Reply Mon 21 Jan, 2019 01:49 am
@farmerman,
Probably after this freeze, the inner lighthouse on Lake Erie, (Erie Pa) will again look like this . The Commerce Dept has the responsibility to chip all the ice off and relight the bulb, (As soon as they start getting paid)


0 Replies
1
Reply Mon 21 Jan, 2019 02:29 am
@farmerman,
I really cleared mines in 1970: once, because of the widening of the traffic separation area German Bight, this with our whole squadron.
Then the route for the then new ferry route Harwich-Hamburg. This was really "criminal", because the area was still totally uncleared, we only did it with three boats and under time pressure. (The buoy tender was already waiting.)
[We had had a red book, a loose-leaf collection, for the "mine risk areas". Changed every week, becoming smaller and smaller.]

From the early 1970's onwards, minesweeping chanced totally. (My boat was the guinea pig for various "new stuff" to be tested, but from 1974 onward my reserve unit became the landing craft squadron.)

But classical minesweeping is still done against moored mines, using towed wire cutters to cut the anchors of mines can be conducted.

1 Reply
1
Reply Mon 4 Mar, 2019 06:09 am
@Walter Hinteler,
Since it's rather stormy today, you might catch some spectacular live views 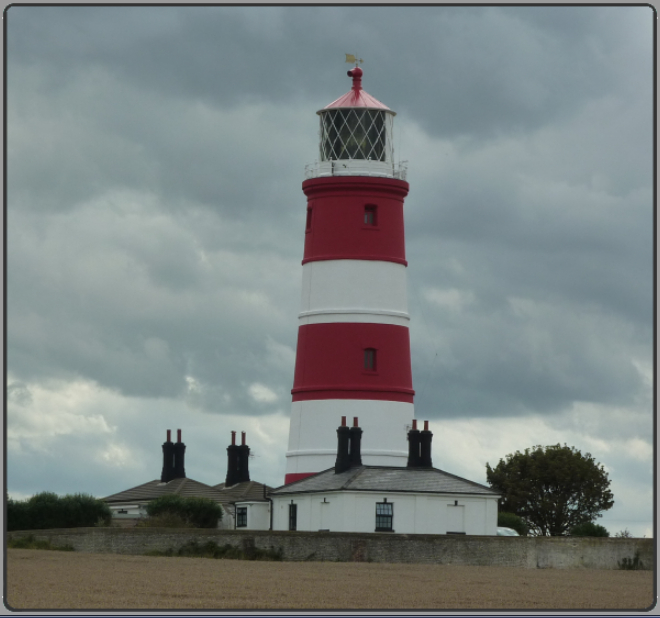 
Interesting, where the lighthouse is situated today and has been 20years ago: 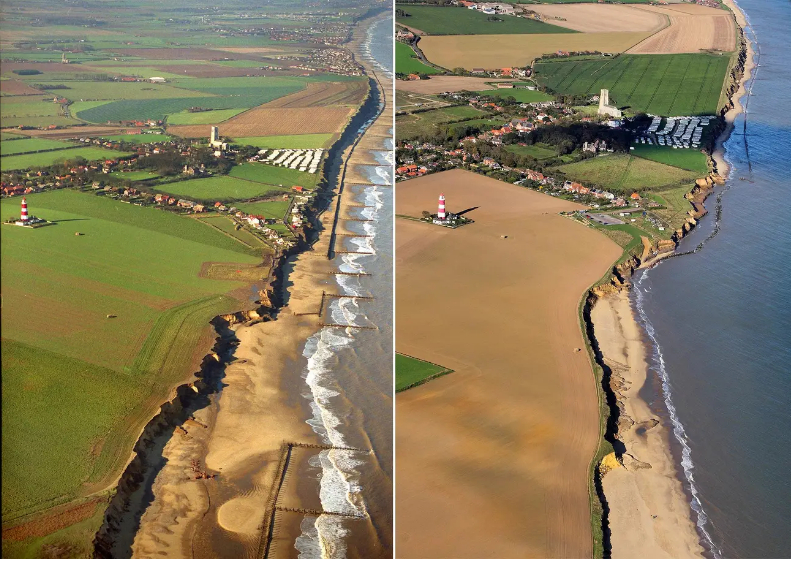 1 Reply
1
Reply Wed 27 Mar, 2019 04:41 am
@Walter Hinteler,
I really like the comparative pix of the coast with and without the groins in place. Although its evident that its eroding, the long shore drift seems to be fairly stable (except for the missing beach in the middle).

1 Reply
1
Reply Wed 16 Oct, 2019 09:27 am
@Walter Hinteler,
Not so minor digression:
Coming out soon, The Lighthouse (2019), a critical darling of a psychological thriller/ghost (?) story starring Willem Dafoe chewing up the lighthouse scenery.


Yeah! And they support ******* Arsenal.
1 Reply
1
Reply Tue 22 Oct, 2019 05:30 am
@izzythepush,
The Danish west coast is crumbling - and the tourist attraction Rubjerg Knude Fyr threatens to fall into the sea. Now the lighthouse is being moved about 70 metres inland at snail's pace.

The lighthouse is visited by 250,000 people every year. It is surrounded by a desert-like sand landscape. It has not been in operation since 1968. Because of the sand dunes its light could not be seen from the sea.