Don't F)(K with my daily newspaper!!

Forums: Newspapers, News, Media, Papers, Newpaper
Email this Topic • Print this Page
Reply Sat 27 Dec, 2008 04:09 pm
What 30-something idiot decided that my newspaper was going to go on-line 4 out of 7 days?

I want my newspaper!!! Is nothing sacred any more?

This whole idea of all news media being on-line or texted, or blackberried is about 10 years too soon. Couldn't you have waited until all the 50,60 and over crowd was dead and cremated? We want our newspapers to read!!!

How do you work a crossword puzzle on line?

Sitting with my coffee reading my morning paper is the nicest part of my day.

Who the hell wants to read books on newspapers on a monitor that you can't fold and put in your pocket. Newspaper? Oh, hang on a sec while I boot up and get connected. Right. Oops! I went off and left my newspaper in the coffee shop. Well, that's a $1,500.00 computer down the tube.
0 Replies
2
Reply Sat 27 Dec, 2008 04:26 pm
epaper:

or use it afterwards
0 Replies
2
Reply Sat 27 Dec, 2008 05:16 pm
newspapers are dead concepts walking. I never thought that I would give up papers, I loved newspapers, but they don't make sense anymore and can't be saved. The last straw for me was when the NYT cut the paper size (columns) the last time, no more do I purchase them. My dad was a newspaper man, my grandfather a printer, I and my family are huge readers of books and mags, so this death was hard for me to come to terms with.

Here's a video demo of how it works 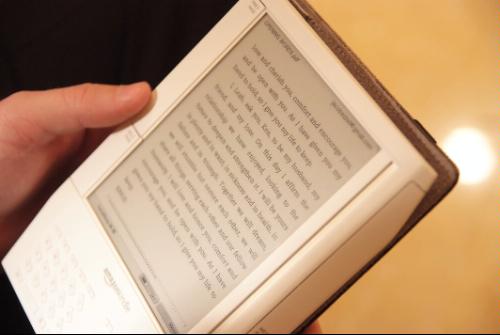 0 Replies
1
Reply Sun 28 Dec, 2008 08:32 pm
It appears to me that the foreign language newspapers are doing well. It is the English language newspapers that I thought are having the problems with losing ad revenue? Anyway, for those that are older, they might remember when newspapers had a morning edition, an evening edition, plus a night owl edition. Each for five cents. Not to mention the great funnies on Sunday in color. Today's version of newspapers are just a booby-prize compared to what the industry produced in the 1950's - 1960's, I believe. Good riddance, I say.
1 Reply
1
Reply Sun 28 Dec, 2008 09:17 pm
@Foofie,
my father worked for a medium sized newspaper that was bought by Gannett (1969?), it soon become clear that the corp viewed the paper as an advertisment vehicle, that the journalism part was cover. Endless cycles of cutting the staff and the paper size took place, till the Sunday paper in particular was almost completely sold space. What was non sold was mostly off the wires, as the news and photo staffs were shrunk down to about nothing. There was huge strike as Gannett put in a new press that eliminated over half the production staff, in violation of the CBA. It was in the seventies a trade secret that the papers cash cow was the classified ads. Once the Internet took that away papers were doomed.
0 Replies
1
Reply Sat 3 Jan, 2009 12:16 am
Get your on line paper printed and stop whining.
0 Replies