Tidy is as tidy does, not.. a museum show

Forums: Creativity, Order, Tidyness, Organization
Email this Topic • Print this Page
Reply Sun 7 Dec, 2008 09:24 pm
Just the show for me, too bad I'll not be in London this winter. But still, I found this article charming: http://news.bbc.co.uk/1/hi/magazine/7768021.stm

We have had several threads on organization, chaos, our offices, and, way back when, our studios. (I might dig up links to some of those). I know I've quoted before a boss saying "a clean desk is a sign of an empty mind". I won't be adamant about that, as we all have different minds and prioritizing, which is just as well.

Personally, I'm exceptionally organized but only sporadically fill that organization in. Thus, there is an underlying web, but the average newbie to my zone might not see it.

I won't quote the article - just put up a photo of John Mortimer's room for sustenance -- actually, that looks tidy to me. 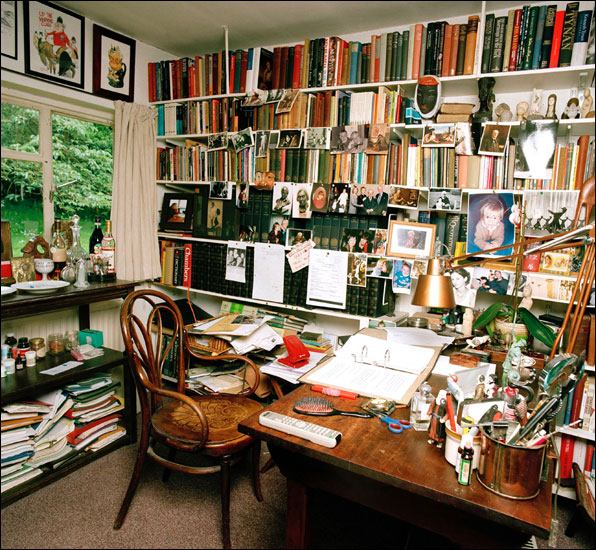