A Bit of Christmas Magic

Forums: Christmas, Magic, Special Moments, Bring The Kids
Email this Topic • Print this Page
Reply Tue 2 Dec, 2008 01:54 pm
Children, allow me to brighten your day with a little story, a true one that happened just yesterday. A story that reveals the warmth at the core of every human heart.

The post-Turkey day blues had hit the Windy City hard. Yesterday its fair citizens crunched to work over the season's first snowfall, which was already gray with automobile exhaust. From my Throne of Lame (desk) here at Boring Inc. (an alias to protect my employer's anonymity), I caught passing glimpses of the fog obscuring Lake Michigan. Yet there was no longer time for brooding: multiple boring ass, unrewarding tasks needed my attention. Indeed my plate was full. I stayed an hour late.

At last I joined the overtime crowd hustling down the streets to catch trains and taxis, utlimately diverging because, as I often do, I chose to walk to the Near North side--a little exercise to compensate for spending all day in a chair completing multiple boring ass, unrewarding tasks.

It was then that my eyes began to open to the holiday happiness around me. Nearing the Magnificent Mile I could almost hear the rustle of shopping bags. Looking east at intersections I saw the glow of Christmas lights ornamenting trees. But what I saw next, under my very nose, continues to delight me twenty hours after the fact.

Was it rosy-cheeked children building a snowman? Lovers kissing under mistletoe?

The Christmas Spirit had inspired some young man to trace with his finger, on the windows of every snow-covered car on that block, a big fat cock and balls. I'm talking about throbbing four-footers. With hairy balls--an artful touch executed with a pinky finger. I didn't count, but I'd say there were at least a baker's dozen giant snow-cocks greeting passing holiday shoppers.

And though the stock market had dropped 600 points that day, and the financial crisis--to many of us no more than a series of equations faintly parading across our minds (mortgage-backed securities = BAD)--has infused the holiday season with a dull though very real sort of ennui, we remain resilient. 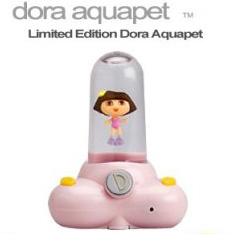