New Puppy for the Glitterbags

Forums: Pets And Garden, Puppy
Email this Topic • Print this Page
1
Reply Sat 16 Feb, 2008 05:05 pm
Both breeds can be very destructive when they get bored. Crate training is the only way to go until they become mellow....which takes a few years.

I love reading about mischievous pets and I admire your courage and your stamina and your sense of humor.
0 Replies
1
Reply Tue 26 Feb, 2008 12:49 am
mr glitterbag and myself have been dealing with world-class coughs for almost 3 weeks now. Sophie has decided that we are not serious.....this is a major mistake for a 14 week old dog.....Today I managed to growl and threaten and stare her down....she wasn't happy but got happy when the mister came home. She is an absolute delite, half monkey and half dog, she keeps me on my toes. She is a dark red bullet of energy who will be keeping me company while I visit the doctor tomorrow. I hope the Doc is up for it.
0 Replies
1
Reply Tue 26 Feb, 2008 09:16 am
Mommies aren't supposed to get sick. If they get sick, they must not be Real Mommies.
0 Replies
1
Reply Wed 27 Feb, 2008 03:15 pm
Noddy,
Mommies can get sick, nuns can't and they never use the bathroom. I know this because I did 13 years with the nuns (counting K-garten).
0 Replies
1
Reply Wed 27 Feb, 2008 03:27 pm
Glitterbag--

You go to your church and I'll stay in mine.
0 Replies
1
Reply Wed 27 Feb, 2008 03:37 pm
Noddy, it's been some time since I considered myself a chuch member. Not turned off by the Almighty just not enamored of organized religion. I'm the last person you could run into looking to convert anybody.
0 Replies
1
Reply Wed 27 Feb, 2008 03:42 pm
Glitterbag--

I thought you were trying to inculcate a little civilization on a four-legged embodiment of pure joy?

Mommies don't get sick. I have no direct information about nuns--except for one group who wasn't terribly clever about camping. They were capable of controlling campers--even Protestant campers.
0 Replies
1
Reply Wed 27 Feb, 2008 03:54 pm
Oh my God NOOOOOOOOOOOOO!!!!!!!! I do think we are lucky that we are interesting to Dogs..................However, that is the non-denomination God

Yes, I can imagine the nuns were great at keeping campers in line, but I'm having a hard time imagining which order was crazy enough to attempt a camping trip. While I was in grade school, the nuns tried to organize a day of fun (hah) for us and one of the stunts was a "hay ride", I put that in quotes because although there was indeed hay.....hay stuffed into the back of an old station wagon wasn't all that interesting to those of us in the 6th grade. Didn't mean we got to skip it however....the nuns planned a hay ride for us and by God we went on a hay ride, and they explained to us we had fun.
But I and a number of Catholic School survivors could fill volumes about the joys of Catholic Schools back when I was a child.
0 Replies
1
Reply Wed 27 Feb, 2008 04:16 pm
Hi glitterbag--thanks for bringing the kind of joy only animals are capable of, even long distance.

Sophie is gorgeous as well as being a very lucky girl to have two parents who will dote on her.

Please post any pics you have of Sophie running. To me, there is nothing more beautiful that an athletic dog running at top speed. 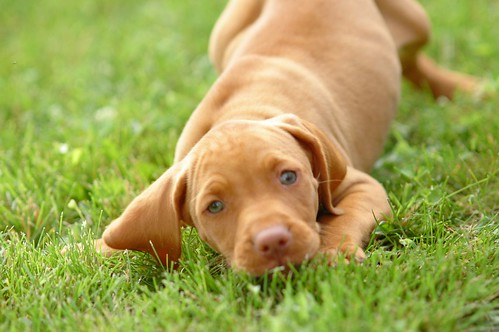 My camping adventure with the nuns was more than 50 years ago. I was working in a girl scout camp that had been set up for the scout troops attending St. Mary's School. The nuns were not only in long black robes, but they had wide, white headdresses.

I was a Protestant Program Aid. While I had no anti-Catholic bias, I no hands on experience with nuns, either. Finding that "normal' manners worked with nuns was a sophisticating moment.
0 Replies
1
Reply Fri 29 Feb, 2008 11:18 am
More pics and stories of Sophie--please?
0 Replies
1
Reply Fri 29 Feb, 2008 04:36 pm
Hi Diane,
I still have not mastered the art of posting pictures but I hope to have that worked out soon. But stories, oy do I have stories. I have had some sort of upper respiratory thing going on for the last three weeks and Miss Sophie Pants seems to think that I am not serious when I say "Stop that" or "No" or any other normal form of correction. So as I wheeze and hack while trying to make her stop jumping on me or make her stop jumping in my face.......she pulls back a little and then sasses me. I can't believe the sounds this little puppy makes. I have recorded some on my cell phone and I'll play them here if I can figure out how to do that. But she really isn't aggressive or doing anything that any other 14 week old puppy would do, she just thinks I'm here for her to bounce on and maybe she is right. Many dogs are vocal, but she is flipping melodious and we are having the time of our life. Several of our neighbors have young dogs and Miss Sophie is working up the nerve to play, just haven't quite got there yet.

Our vet asked us to limit the exposure to other dogs until she is around 16 weeks and all her shots kick in. He was mainly talking dog parks and stores and the like, but dogs we know are ok. I can't wait for my Grand dog Charger to come over and meet his infant Aunt. Charger is a French Bulldog, and the breeder who gave us Sophie (although they only breed Vizslas and also train bird dogs) also has a Frenchie (female). Frenchies are very playful and the breeders dog loves to play with the puppies and you haven't lived until you have seen the sight of a small puppy Vizsla clinging to the back of a Frenchie while the Frenchie thunders thru the house. It is the funnies thing I have ever seen.

More later.....it's very quite right now and I want to make sure none of the bathrooms have been liberated.
0 Replies