Forums: Yabber-Liner, Yabber, Community, Izzie, Chat
Email this Topic • Print this Page
3
Reply Sun 1 Jul, 2018 08:36 am
@ehBeth,
<3 Hello sweet Beth. Thank you. It is heartbreaking as you know. But obviously we find strength in the memories. And there are some sweet ones.

I do love you.

He was indeed a fighter. I think that is why I am so lost - he always pulled through and just kept on where he left off. This last time - I think because they told us he was clear and would regain his strength - we kept waiting for it and it never happened. He was diagnosed with several tumors in his lungs in March...he was in the hospital for high calcium levels in his blood. And he was so confused. They told us there was nothing they could do. And they sent us home. And we loved on him and took care of him for 5 miserably short days. And he left us.

But goodness - I am so blessed to have had him for as long as I did. He was a sweet daddy.


The ship is berthed in port but there's always a gangplank to cross for anyone to jump aboard. Y'all are amazing and though some dear members of our crew have passed, they're never forgotten.
0 Replies
2
Reply Fri 10 Aug, 2018 02:26 pm
@alex240101,
Alex numbers... dear M, we have blueberries, pears, plums, apples, raspberries, blackcurrants, rhubarb and gooseberries. Had surgery this year so couldn't do everything I wanted to do, but next year when we can get the veggie garden and the greenhouse set up in our new abode, we'll have potatoes, runner beans, tomatoes and so much more. The galley will be overflowing... and I think TryAgain will be on galley duty

would I walk a gangplank for rhubarb? maybe if it's in rote grutze with warm vanilla custard 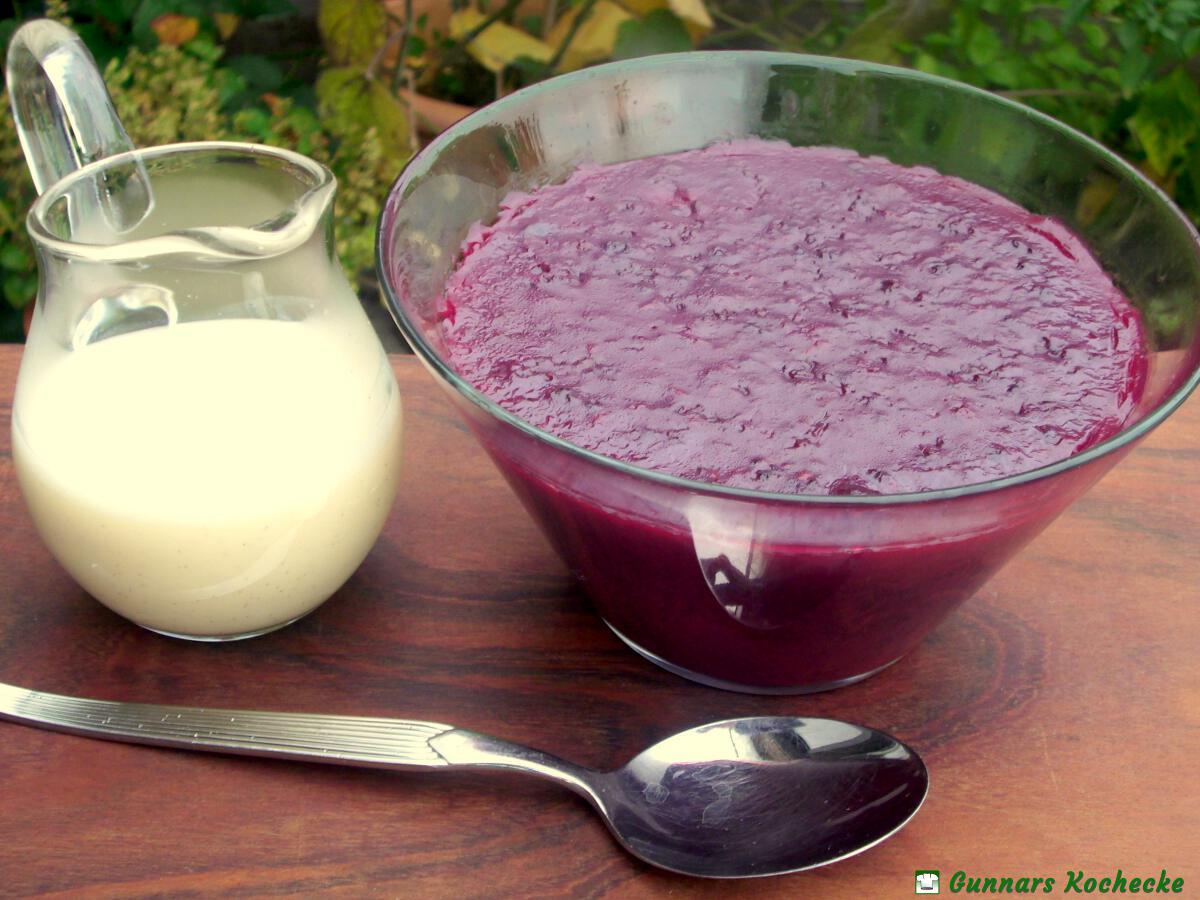 Galley storing. Just been blackberry picking and have quizillions of apples, plums and pears... and no room left in the 2 freezers... blackberry and apple crumble, blackberry and Apple with clotted cream, icecream, custard ... glorious free food from Mother Nature.

Now, how to get the blackberry stain off the hands!

I have eaten ALL the frozen raspberries, 2am nighttime munchies instead of chocolate! Good girl me!

0 Replies
2
Reply Mon 27 Aug, 2018 01:29 pm
@roger,
Crikey, my confessions of raspberries and chocolate sent an electric surge thru the village and we've had a power outage since then. It was that or singing power ballads so loud that shocked the electricity board, and shocked them further as I was full lungs, mid Scorpions and how awkward when the out-of-tune screeches broke the hamlet's silence as I continued when the music had stopped. Most embarrassing.

Anyhoooo, keeping calm and carrying on...

always Roger, the best berth on the seas! x

Just had another power cut as I went to post so I'm writing to the ether in the darkness ... living life in the boonies ... now where's the torch?

Let's Try Again... always a good thing to do

My nephew had to go back to uni early last year for a couple weeks and there were builders renovating the house he was about to move into ... so he used to drive along the road each night until he found a wifi signal and download the stuff he needed that night and to study the next day, before returning back to the house 🏡 . I could easily live without a mobile phone but girl, I NEED my wifi and internet even when I'm silent. Ha!

We get a LOT of outages here so always have torches charged up (not necessarily in the right place so it's hunt a torch time) and that many candles we could light up the whole village if needed. Loves us a candle. Also, the new home is an electrician's dream, soooo many problems but he's booked in for the first week in Sept so should be a lot safer then... best done before winter sets in, gonna be a big bill methinks. New homeowner nightmare.

I don't mind the outages too much... 'cept when I'm mid yabber, mid singsong, and everything just goes... and then the freezer starts relentlessly beeping at me when it comes back on. Country living and the peace and quiet of the garden is poifect. Only noise here are the cows 🐮, sheep 🐑 and the pond waterfall.

The power company called when we got switched back on and bless Annie, whomever Annie may be, apologised most profusely for the outage... still 18 homes out but a few of us in the village are back on.

Love you Bethie 😘
1 Reply
3
Reply Mon 27 Aug, 2018 05:04 pm
@Izzie,
I wouldn't mind those outages either - if only I knew how long they would last.
1 Reply
2
Reply Mon 27 Aug, 2018 06:14 pm
@roger,
We're kinda fortunate here in that you can phone the emergency outage line (one good reason for having a mobile), put in the landline number and they tell you how long the power will be off... mind you, to get signal out here, it's a wander up the paddock but that's always a pleasure.

I don't mind being cut off from the world as long as I'm able2 drive somewhere if needs be. I couldn't drive from March to May this year with hand surgery and ugh, being reliant on folk is soooo hard, but now all is good and stem cell infusions are working. Oh, you'll chuckle with this Roger... I have human and mouse-embryo stem cells infused... my cat's still love me, don't try eating me and I haven't grown a tail or mouse ears yet, so happy days.

Over the winter the power went out loads... we have an amazingly easy open log fire which is the easiest fire in the world to light so even in the winter, as long as I've got heat, kitties, dawg and candles, no worries.

Do hope you are doing well Roger and life is being gentle. xx
2 Replies
2
Reply Mon 27 Aug, 2018 06:25 pm
@Izzie,
First time I'm hearing about "mouse-embryo stem cells" used on humans. Learn something new almost every day! More than your cats love you!
1 Reply
2
Reply Mon 27 Aug, 2018 08:02 pm
@cicerone imposter,
Hey Tak, yep, all fascinating stuff these biologics. 3am...Bedtime for me now, here's the read on my meds. Doing their job though the last infusions we believe may have caused some nasty side effects but hey, giving it a good go!

Rituximab isn't approved for use in the U.K. for Lupus so I'm on a clinical trial... effectively, us trial folk are guinea-pigs

I must now be distantly related to the Ship's Rat!

Rituximab is a man-made antibody that was developed using cloning and recombinant DNA technology from human and murine (mice or rat) genes.

https://www.medicinenet.com/rituximab/article.htm#what_is_rituximab_how_does_it_work_mechanism_of_action
1 Reply
2
Reply Mon 27 Aug, 2018 08:10 pm
@Izzie,
Medical science is really amazing. When I was in the hospital with ckd, all the medicals and techs came to my room with all the equipment, and that included x-ray. My kidney is functioning at around 30% but I feel fine, and my appetite is good. Hope to stick around for a few more years. It's been a wild ride on this planet having visited over 80 countries, and meeting many interesting people along the way. My wife is an RN, and she's taken good care of me. She still makes sure I take my meds, and takes me to all my medical appointments. A good support system is a necessity.
1 Reply
2
Reply Mon 27 Aug, 2018 11:02 pm
I've been gone for a long time, is it ok to come back?
1 Reply
2
Reply Mon 27 Aug, 2018 11:15 pm
@Izzie,
Izzie wrote:

I have human and mouse-embryo stem cells infused... my cat's still love me, don't try eating me and I haven't grown a tail or mouse ears yet, so happy days.

If you haven't grown a tail or mouse ears, then what's the point?
2 Replies