The Beautiful voice of Frank Sinatra

Forums: Music, Range, Singing Voice, Frank Sinatra
Email this Topic • Print this Page
1
Reply Wed 30 May, 2007 03:31 pm
one from Francis Albert, and this is for you fellows. It really swings, too.

The world still is the same, you'll never change it
As sure as the stars shine above
You're nobody till somebody loves you
Find yourself somebody to love

The world still is the same, you'll never change it
As sure as the stars shine above
You're nobody, nobody till somebody loves you
So find yourself somebody, find yourself somebody
Find yourself somebody to love.
0 Replies
1
Reply Thu 31 May, 2007 08:07 pm
For you Frank Sinatra fans; I took the Chicago theater tour today, and one of the first signatures put on the walls back stage was Frank's. I even took a picture of it, and will post it when I get home after June 6.
0 Replies
1
Reply Thu 31 May, 2007 09:11 pm
I saw Tony Bennet in North York, Toronto. Amazing show and great acoustics because of the small venue. Though I thought his patter was all spontaneous, it was very much like like the cd!

I left my heart in San Francisco
High on a hill, it calls to me.
To be where little cable cars
Climb halfway to the stars!

For you Frank Sinatra fans; I took the Chicago theater tour today, and one of the first signatures put on the walls back stage was Frank's. I even took a picture of it, and will post it when I get home after June 6.

Well, it's his kind of town, after all.

0 Replies
1
Reply Fri 1 Jun, 2007 04:06 am
I saw Sinatra twice in concert. It was a treat to see him perform in person. My mother was with me both times; she nearly fainted. She had a crush on him when he first showed up on the scene (way before my time).
0 Replies
1
Reply Tue 5 Jun, 2007 05:15 pm
Hi everyone, sorry to be away these past days but I was busy. Guess what? I am holding in my hands a CD of Frank called "My Way The Best of Frank Sinatra" and it has Summer Wind in it. Haven't listened to the CD yet, but will right now. Thank you for all your song recommendations.

Balcony at the theater.

One of two autographs from Frank

I'm also doing a Chicago Travelogue for those interested. I'll post the link later.
0 Replies
1
Reply Sat 27 Aug, 2011 05:08 pm
@Chumly,
I guess the majority of music critics who claim that he was the best popular music singer that ever lived got it right.
0 Replies
1
Reply Sat 27 Aug, 2011 05:15 pm
@Chumly,
Not only did Sinatra have absolute pitch, when he was doing an album with Nelson Riddle, one of the best arrangers and conductors of his time, after what Riddle thought was a perfect take by Sinatra and the 78 piece band, Sinatra hollared to Riddle that "we have to do it over, someone played a clam in the reed section." to Riddle's embarrassment after listening to the retake Sinatra was right. Sinatra did have absolute pitch.
0 Replies
1
Reply Tue 26 Nov, 2013 07:30 pm
I joined this site just to set the record straight about Sinatra as a vocalist. First off, I am a professional vocalist myself, I don't need to go ask no vocalist or any trained classical singer about Sinatra's so called flaws. From the beginning of Sinatra's professional career, which started with Harry James band in 1939 to around 1954, Sinatra's vocalism was flawless. The long sustained legato phrasing, the beauty of tone, the intonation and of course his interpretations were right on. Around 1956 his voice started to mature, his interpretation skills got even better, he sang with much more emotion and his range increased. His main focus was shaping his new swinging and saloon style singing. His intonation at this time and through out the 60's, were not as perfect as his earlier years. His intonation was never bad, it was under pitched at times, and was used for an affect if anything. Again his main concern was not about singing every note pitch perfect, but to create a mood. After his retirement, the voice definitely changed, and as time went on, relied more and more on his interpretive skills. A great voice alone does not make a great singer. No other vocalist can tell a story like Sinatra, he is the greatest interpreter and master of song. In closing, in no way was his phrasing ever sloppy nor his intonation embarrassing, and forget about not having a range. His range went from a low E flat 2 to a high G#4. P.S I have mostly ever recording Sinatra ever made, along with an extensive collection of recordings by all the great singers from Sinatra's era.
1 Reply
1
Reply Tue 26 Nov, 2013 07:39 pm
@Crooner61,
Crooner, You're going to enjoy these pictures I took in Budapest less than two weeks ago. 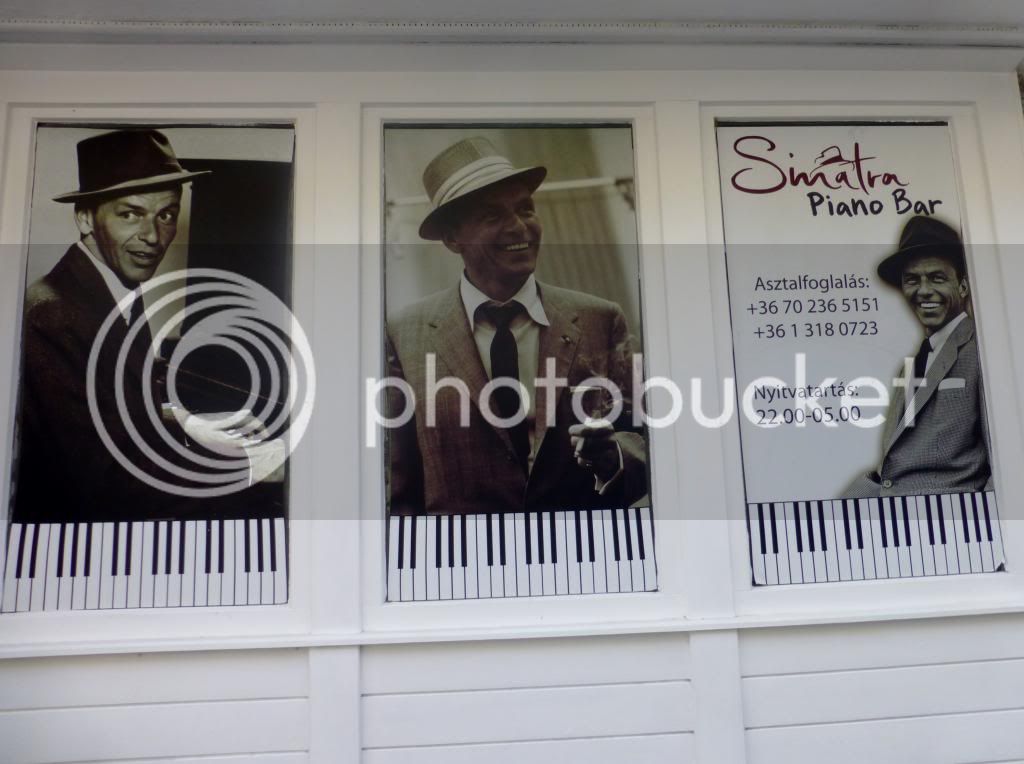 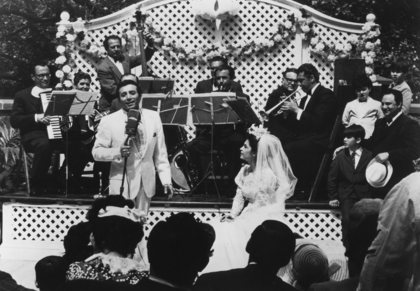 as alluded to in the movie The Godfather as the character Johnnie Fontaine? After all, the godfather made offers no one refused.