Forums: Europe
Email this Topic • Print this Page
Reply Wed 5 Jul, 2006 07:31 am
The emergence of the "New Holland" complex was connected with the development of St Petersburg as a shipbuilding centre on the Baltic Sea.
The small island, called "New Holland" in Peter's rule, came into being after the digging of the Admiralty and Kriukov Canals.
In 1765, S. Chevakinsky built here several brick warehouses for storing timber. The facades of these buildings and the stately arch over the canal were designed by J.-B. Vallin de la Mothe 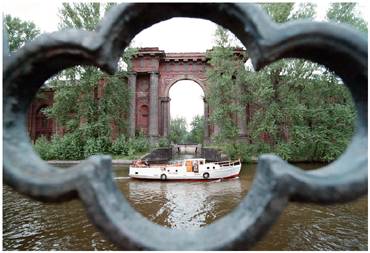 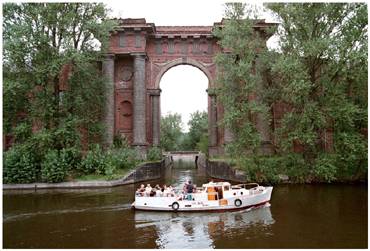 Behind high walls and surrounded by a dark moat of water, the mysterious "town within a city" of New Holland has fascinated residents and visitors since it was built in the centre of St. Petersburg 300 years ago.


Peter the Great founded New Holland in the 1720s and named it after his sojourn in the Netherlands learning the art of shipbuilding. It is an island formed by the Moika, Kryukov, and Admiralteisky Canals. It was used to store and dry lumber for the state-of-the-art navy Peter was building for the Russian Empire. Later it was used as a testing-centre for the Navy. The huge site soon became a small town of oddly-shaped buildings and strange pools and tanks of water.

New Holland occupies the central area of the city most closely associated with Peter: near to the Bronze Horseman, and close to the magnificent Admiralty building with its golden spire. Throughout the Czarist Empire and Soviet Union, New Holland remained a closed, secretive place known only to the navy.

By the 1970s it was no longer used for testing, only for naval offices. Now, with the re-emergence of St. Petersburg as a vibrant, innovative arts-oriented city, the fabulous structure of New Holland will open its doors to the public for only the second time in its history.

A report from the St. Peterburg Times gives some more background infornation:
Plans For New Holland Run Aground


University of Michigan - Taubman College of Architecture and Urban Planning The Moika River/Canal and the New Holland warehouse district. The red brick warehouses were designed by Savva I. Chevakinskii, 1760s-80s: